Adapting Too Much Lip for screen

Author Melissa Lucashenko talks to ArtsHub about bringing her award-winning novel to the screen.
Jinghua Qian 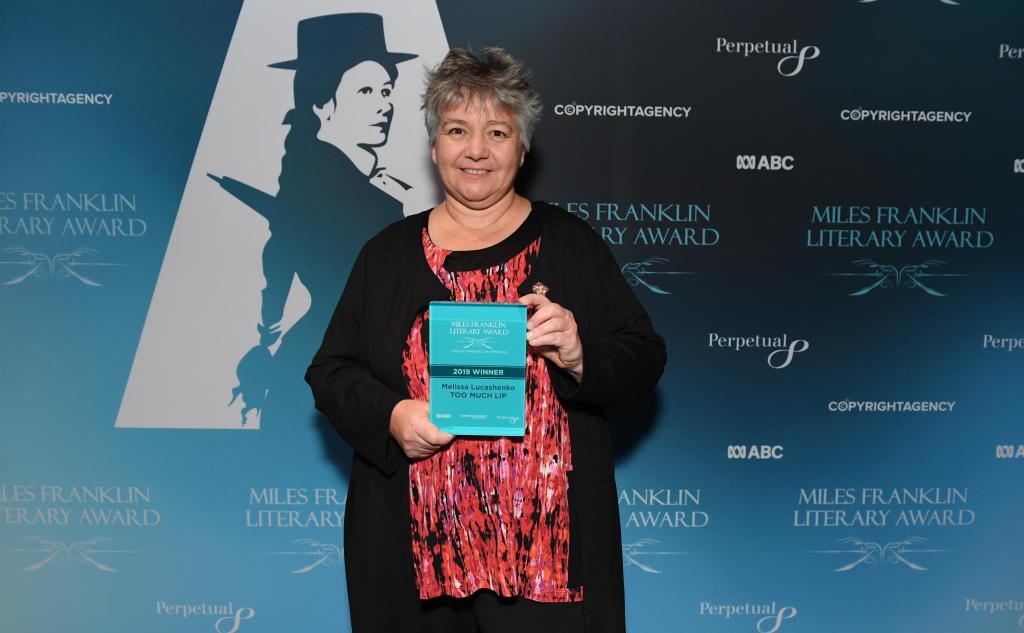 ‘I’d never been in a writers’ room before, except my own solitary one,’ writer Melissa Lucashenko told ArtsHub.

Though the veteran writer of Goorie and European heritage has published six novels to date as well as essays and reportage, her most recent novel, Too Much Lip, is the first to be adapted for the screen.

Cenozoic Pictures, a new Australian film and television company, optioned the book in May 2019 but the news was not publicised until Too Much Lip won the 2019 Miles Franklin Literary Award in July. Lucashenko and Cenozoic’s Veronica Gleeson are co-writers and co-creators on the screen adaptation.

The team recently sat down in an old warehouse in Brisbane’s Teneriffe for a week to ‘chuck ideas around,’ Lucashenko said, giving the author a taste of a very different creative process. Cenozoic then sent Lucashenko draft scripts, which she tweaked.

‘I was pretty happy with the process and their writing. I’m trying to be a team player; let the film people do what’s their strength and I do what’s my strength, and so far so good,’ she explained.

It’s not quite Lucashenko’s first foray into screen. She has previously co-written two film scripts – one, with Stefanie Kleinhenz, was a buddy road movie about an Aboriginal girl and a German immigrant girl traveling on the WA coast in the 1980s, while the other, with Greg Woodland, was a film concerning the Myall Creek massacre. But neither made it into production. ‘Third time lucky,’ she said.

For Cenozoic’s adaptation of Too Much Lip, John Molloy (The Gloaming) and Luke Walker will join Gleeson as executive producers, with Suzanne Walker as producer. Gleeson was also recently commissioned to write two original television dramas for the BBC.

Part of the reason that Lucashenko signed with Cenozoic was her trust in their reputation, contacts and professionalism, along with their passion for the book as a bold, political story.

‘If they’re smart, and they’re ethical, then I can work with them. Their cultural background isn’t crucial, provided that they understand when they don’t have the cultural insights,’ Lucashenko said.

‘If they’re smart, and they’re ethical, then I can work with them.’

With its heavy themes of colonisation, class, and violence, Lucashenko says Too Much Lip was a ‘frightening’ book to write. ‘I thought it was too provocative and that I was going to get all sorts of shit,’ she explained. ‘So when I thought about it being made into a film, that was kind of with some trepidation rather than joy, but because it’s been received a lot better than I expected, that fear has gone away.’ The book’s strong characters, well-paced plot and vivid dialogue make it an easy fit for screen.

Lucashenko said she doesn’t presume to offer advice to other writers hoping for a screen adaptation, but she warns that you must be prepared to ‘kill your darlings,’ and to relinquish some creative control when your work is headed for the screen.

‘The only thing that really matters at the end of day is the quality of your work,’ she said. ‘And so it’s about doing the work before it gets to publication, and then worrying about adaptation after that. If you’re writing a novel with adaptation in mind very strongly, then maybe you should just be writing film or TV scripts in the first place, because the novel is a different kind of beast.’