11 must see First Nations Exhibitions in 2021

From tracking ancient Songlines to the most contemporary artworks by First Nations artists, we pinpoint 11 must see First Nations exhibitions this year.
Gina Fairley 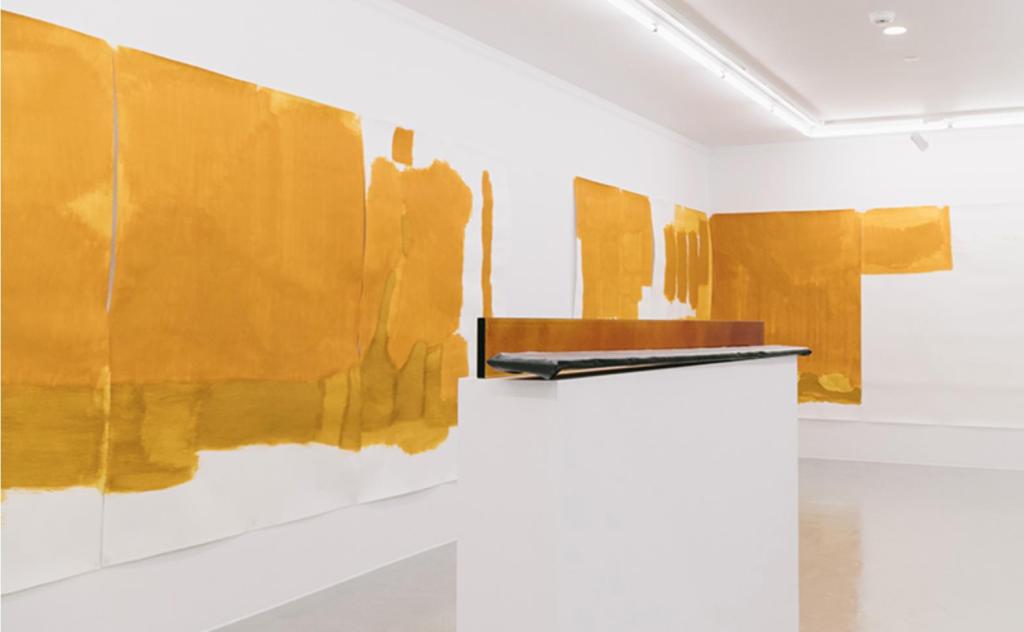 Dale Harding, Moonda and The Shame Fella 2018. Collection of the artist.

Developed by Australian Centre for Contemporary Art (ACCA), Melbourne in partnership with the Institute of Modern Art (IMA) in Brisbane, Yhonnie Scarce: Missile Park, will include new commissions plus a survey of the past fifteen years of Scarce’s work, which often references the ongoing effects of colonisation on Aboriginal people, and the trauma of displacement from Country, often caused by nuclear testing. ACCA 27 March – 14 June, and IMA 17 July – 19 September.

Art Gallery of Western Australia unveils its refurbishment this year, including a newly renovated ground floor gallery dedicated to First Nations artists and rooftop space with a commission by Christopher Pease (unveiled in April).

Balancing Act – opening 10 February – is described as, ‘Radical observations about contemporary Aboriginal experience, weave in and out of stories about Country’. Works of art by local Noongar artists such as Revel Cooper (dec.), Sandra Hill, Dianne Jones and Shane Pickett (dec.) sit loud-and-proud among those by Richard Bell, Karla Dickens, Julie Dowling and Brian Robinson to name a few.

3. Dale Harding: Through a Lens of Visitation (VIC & NSW)

Curated by Hannah Mathews for Monash University Museum of Art (MUMA), and touring to Chau Chak Wing Museum, University of Sydney in 2022, the exhibition Through a Lens of Visitation will take a look at Dale Harding’s multilayered practice.

A descendant of the Bidjara, Ghungalu and Garingbal peoples of central Queensland, Harding’s work is poetic and political in its materiality and process, and has a strong focus on community, family – especially matrilineal figures – and place. At MUMA 28 April – 26 June 2021.

Songlines: Tracking the Seven Sisters is the opening exhibition for WA Museum Boola Bardip. Compelling in scale and complexity, Songlines conveys an Aboriginal founding narrative by using ways of passing on knowledge through the story of the Seven Sisters.

Rich with First Nations voices and tangible expressions of the songlines, the exhibition features paintings, sculptures, ceramics and state-of-the-art multimedia. These artworks are portals to the deserts of the Martu, the Ngaanyatjarra and the Anangu Pitjantjatjara Yankunytjatjara peoples.

Developed by the National Museum of Australia, Songlines: Tracking the Seven Sisters features the world’s highest resolution six-metre-wide travelling dome under which visitors are immersed in images of Seven Sisters rock art from the remote Cave Hill site in South Australia, as well as animated artworks and the transit of the Orion constellation and the Pleiades star cluster. On until 26 April.

The 4th National Indigenous Art Triennial returns to the National Gallery of Australia (NGA) in 2021, Australia’s first large scale recurring exhibition dedicated to contemporary Aboriginal and Torres Strait Islander art and artists. This year it will be curated by Hetti Perkins, an Arrernte and Kalkadoon woman from Central Australia.

The first iteration of the Triennial, Culture Warriors, opened in 2007 to coincide with two significant anniversaries: the 40th anniversary of the 1967 Referendum and the 50th anniversary of NAIDOC (National Aboriginal and Islander Day Observance Committee). It was followed by subsequent Triennial exhibitions, unDisclosed (2012) and Defying Empire (2017). Opening late 2021 (dates to be confirmed),

WILAM BIIK is the second exhibition of Yalingwa, a Government initiative and a partnership between ACCA and TarraWarra Museum of Art, designed to support the development of outstanding contemporary Indigenous art and curatorial practice. In Woiwurrung language Wilam Biik means home Country. Curated by Stacie Piper (31 July – 7 November).

The Art Gallery of NSW (AGNSW) has turned to the topic of yearning, distance, time and space – and their emotional connection to Country with the exhibition Longing for Home, which explores the work of six Aboriginal artists. (6 March – 22 August).

They are also presenting The Purple House, celebrating the Pintupi artists who led to better health services within remote communities (opening 4 September).

Tarnanthi (pronounced tar-nan-dee) comes from the language of the Kaurna people, and means to come forth or appear – like the sun and the first emergence of light. The annual celebration of contemporary Aboriginal and Torres Strait Islander art – a flagship program of the Art Gallery of South Australia (AGSA) returns 15 October – 30 January 2022.

Its format alternates between a statewide festival in one year and a major focus exhibition the following year. In 2021 it turns statewide, and promised to again be an  ambitious nationwide survey. Since its inception in 2015, Tarnanthi has placed particular emphasis on the agency of artists and on foregrounding the artist’s voice.

As part of Perth Festival, PICA will present the gathering, by guest curator Glenn Iseger-Pilkington. She explains: ‘In the here and now, First Peoples and People of Colour find themselves simultaneously navigating a global health crisis and a historic moment of global awareness of systemic racism and the continued oppression of communities based on race and colour. While the gathering does not seek to document the pandemic, or the uprising of the anti-racism movement globally, it is a response to these events.’

In Sydney’s metropolitan fringes, Hazelhurst Gallery is celebrating Wuliwulawala (women) – and the resilience and creativity of First Nations women in the Dharawal Nation of southern Sydney. (17 April – 14 June).

And not to miss the iconic NATSIAA Art Awards presented by the Museum and Art Gallery of the Northern Territory (August 2021) – the defining moment in the Indigenous art calendar in Australia – as well as a swag of art fairs nationally that promote First Nations Artists.