Love all things writing related? Here’s a list to transfer straight into your calendar.
Andrea Simpson 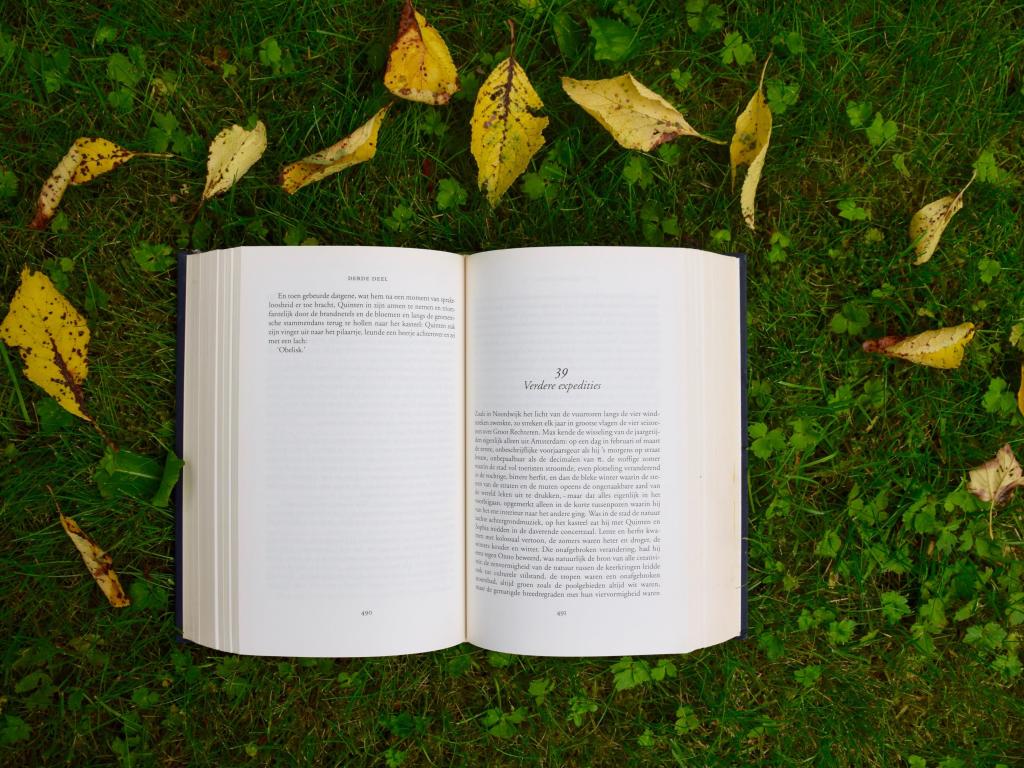 Photo by Annelies Geneyn on Unsplash.

Thinking of entering a writing prize or competition? Keen to share ideas and stories with your favourite author at a writers festival? Here is a list to get you started that you can transfer straight into your 2019 calendar.

Furious Fiction
Opens on the first Friday of every month

Presented by the Australian Writers’ Centre, this is a monthly short story prize with a 500-word limit. Open nationally and internationally, this competition is free to enter. A $500 prize is awarded to the winner.

black&write! Writing Fellowship
Open for applications from November to January

The winners of these awards across each category receive $25,000 with the overall prize, the Victorian Prize for Literature, worth an additional $100,000. Submissions are accepted from publishers and writers in September for titles published between 1 January and 31 December of the same year.

Presented by The Nature Conservancy every 2 years, this short essay prize for works between 3000 and 5000 words awards the winner $5000. The winning entry will also be published as an online multimedia essay by Griffith Review. The theme for this year is ‘Writing of Place’.

This award is for short fiction works up to 30,000 words. The award winner will receive $3000 and two runners-up will receive $1000 with publication for all three entries.

Presented by Overland Magazine, this short story prize (up to 3000 words) recognises the talents of young First Nations writers nationally and is open to writers who are 30 years of age or younger. The first prize offers $5000 and a writing residency of up to three months at Trinity College.

Presented by Hunter Writers Centre this award is open nationally, and is not bound by a theme. A maximum of 2000 words is required with the winner receiving $3000. The top 30 selected works will be published in an anthology.

Based in Jindabyne and hosted by venues in the Snowy Mountains region, this festival engages all ages and features events involving authors, poets, artists and illustrators.

This year’s theme for Writers Week is Our Imagined Selves. Held across venues at The University of Western Australia’s picturesque campus and Perth’s libraries, galleries and writers’ centres, Writers Week promises an array of special events. The full program will be revealed on 10 January.

Set in the harbour city, this writing festival sees more than 100 writers participate every year. With a popular children’s program, Newcastle Writers Festival is a festival that caters for the whole family.

The regional Victorian town of Clunes becomes a vast bookshop in this annual event. Along with author talks, panel discussions and literary luncheons, festival-goers can discover the largest collection of rare, out-of-print and collectable books in Australia.

This award is for an unpublished manuscript written by a writer under 35 years of age. The winner will receive $20,000 and the winning work to be published by Allen & Unwin with an advance against royalties.

Celebrating Australian women’s contribution to literature, books entered into the prize must be first published between 1 January and 31 December of the previous year. The winner will receive $50,000 in prize money.

Recognising an outstanding original short story between 2000 and 5000 words, this prize awards the winner $12,500 and is presented by Australian Book Review.

Celebrating Australian writing and with a prize pool of $305,000, there are 14 categories open for submission. All works must have been first published, performed, screened or broadcast and made publicly available between 1 October of the previous year and 30 September of that year.

Part of the Future Leaders initiative, this writing prize is for young writers between the ages of 18 and 30. Fiction or non-fiction submissions between 1500 to 2000 words are sought, with a $2000 prize for the winner.

Offered by the University and administered by the International Poetry Studies Institute (IPSI), this prize is awarded to a single poem of up to 50 lines. The winner receives $15,000 with the runner up receiving $5000.

As described by Overland: ‘This prize encourages artists and writers of fiction, poetry and essays to be part of setting a new agenda for our future – to imagine a just, common future, and how we might get there together’. With a total prize pool of $18,000, this prize is awarded to fiction, essay, poetry, graphic and other categories.

The festival for writers, not readers, the EWF features 11 days of professional development and stimulating conversation.

Presented by Overland, this annual competition celebrates excellent and original short fiction up to 3000 words in length by new and emerging writers. The winner will receive $6000 with the two runner-up receiving $1000.

A winter program that brings together writers and thinkers, Mildura Writers Festival has hosted Nobel Laureates such as JM Coetzee, renowned authors such as David Malouf and Les Murray, and international stars such as Clive James. A Writers Residence is also offered by the festival over the months of June and July.

The substantial $60,000 prize is awarded to ‘to a novel of the highest literary merit that presents Australian life in any of its phases’. Publishers are required to submit novels on behalf of an author.

Located in the beautiful coastal landscape of Byron Bay, this festival consists of three days of storytelling, conversations and ideas. An ideal mid-winter escape for writers and readers in the southern states.

This five-day celebration of literature has something for everyone with author talks, panel discussions, family events and a number of free events. The 2019 festival’s theme, Power Politics Passion, scrutinises today’s issues, reflects on the past, contemplates the future and challenges our understanding of all.

In 2019, Australia’s foremost festival for the poetic arts will explore what it really means to listen: to take heed, pay attention, tune in, listen up.

Hosted by the City of Salisbury and Writers SA, this writers festival supports and showcases local writers. A family-friendly festival, it also offers a short story competition for children.

‘A bookish arts party that will bring the City of Literature to life’, Melbourne Writers Festival is pushing the boundaries thanks to new Artistic Director Marieke Hardy.

Connecting people through stories, this writers festival will be celebrating its 58-year milestone this September. Held at State Library of Queensland and QAGOMA, Brisbane Writers Festival has been host to writers such as Anosh Irani, Min Jin Lee, Veronica Roth, Alexis Wright, Dame Quentin Bryce and many more.

The theme for this year’s Hobart Writers Festival is My Tasmanian Landscape – and it’s all about Tasmania’s amazing literary landscape.

This short story and poetry prize is available to members of FNAWN, the First Nations Australia Writers Network. Entries are open for the Short Story Award (up to 2500 words) and the Auntie Kerry Reed-Gilbert Poetry Award (max 80 lines), with an under-30 division for each. The winners will receive $2000.

A weekend to celebrate reading and all its benefits. Over three days we will be creating a space for reading, learning and sharing. There will be discussions on the importance of books, libraries, bookstores, readers and writers.

Odyssey Literary Festival is a free one-day event produced by students of the RMIT professional writing and editing program. Past guests include Tony Birch, Mark Brandi, Sofie Laguna, Carly Findlay and Jennifer Down. The 2019 festival is called Raze / Rekindle will be held at The Capitol, a heritage-listed theatre in the heart of Melbourne.

Boundless is a free festival of Indigenous and culturally diverse writers at the Bankstown Arts Centre in Western Sydney. The all-day event includes readings, workshops, panel discussions, and performances, with guests including Alice Pung, Benjamin Law and Jack Latimore.

Terror Australis Readers and Writers Festival (TAF2019) is Tasmania’s newest biennial literary festival held in the gorgeous Huon Valley. There are three areas of programming to enjoy across our Halloween-to-Melbourne Cup long weekend of words, wine and mystery.

This short story prize (of up to 3000 words) is presented by Overland and supported by the Malcolm Robertson Foundation. The theme for this prize is around the notion of ‘travel’ and the winner receives $4000 with their story published in Overland.

For new and emerging poets, this prize is supported by the Malcolm Robertson Foundation and seeks outstanding poetry by writers who have published no more than one collection of poems under their own name. The major prize is $6000 with a second prize of $2000 and third prize of $1000.

Presented by State Library of Queensland, these awards celebrate outstanding Australian books and authors. The top prize is the Queensland Premier’s Award for a work of State Significance, which awards the winner $25,000.

A cultural exchange of writing and thinking, this writers festival is held in Indonesia’s beautiful Ubud region. Described as ‘an annual pilgrimage for lovers of literature and conversation’, Ubud Writers & Readers festival is a major annual project of the not-for-profit foundation, the Yayasan Mudra Swari Saraswati. ArtHub contributor Kath Melbourne visited the festival in 2018: read her impressions of the event here.

In collaboration with OzAsia Festival, this writers festival is presented by Teamwork Arts, producers of the ZEE Jaipur Literature Festival. Housed at the Adelaide Festival Centre and now in its tenth iteration this festival celebrates the stories and heritage of South Asia.

Quantum Words Perth is Western Australia’s first writers festival dedicated specifically to writing about science, creativity and the spaces in which they intersect.

Presented by Lane Cove Council, these awards are open nationally for writers over the age of 16 and offer prize categories such as: Short Story Prize $2000; Theatre Script Prize $1500; Poetry Prize $1500; The Burns Bay Bookery Youth Prize (16–24 years) $500 and more.

The most prestigious awards given to Australian journalists, and awarded across more than 30 categories. Presented by the Walkley Foundation, the Awards celebrate their 64th anniversary this year.

This writers festival offers a $1000 Short Story Prize for a previously unpublished short story based on a given theme. The winning story will be published by Mascara Literary Review.