Volunteering and unpaid internships are becoming standard career pathways but female-dominated industries such as the arts use more free labour.
artshub-au
[This is archived content and may not display in the originally intended format.] 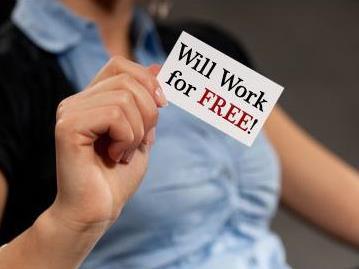 Women do more unpaid work than men. Data collected by the ABS on How Australians Use Their Time reveals that women do an extra 141 minutes of unpaid work compared to the other gender.

Much of this unpaid load is housework and some of it is out of social conscience. But increasingly there is a third stream in which men are likely to be paid and women likely to work for free: the growing coterie of volunteers and interns who are using unpaid work as a way of getting a foothold in the workforce.

Nowhere is this trend more pronounced than in the arts industry, where tight budgets and a female-dominated workforce combine to provide an environment ripe for the exploitation of women.

Three-quarters of those who volunteer at Artist Run Initiatives (ARIs) are women, according to Elvis Richardson from CoUNTess, a blog that presents data and reviews on gender representation in the Australian workforce.

Given that 70% of university graduates in the arts are women, that proportion is not surprising but it is aggravating the gender pay gap and making it harder for women to earn a living in the the arts industry. Richardson said women were more willing to take up free work and go into supporting roles, in both cases perpetuating traditional undervalued roles.

Unpaid work in the Australian arts sector is now ‘out of control’, said Richardson. Citing festivals and biennales in particular, she said too many so-called opportunities were being paid in ‘exposure and experience’ which ‘equates to basically free labour’.

The limited number of opportunities for young graduates and strong drive to work in the industry make it possible for organisations to find free labor in the arts where in other industries they might have to pay. But Richardson said the choice by women to aim for supporting roles rather than expect to work as artists was also influenced by cultural expectations.

‘I think that there aren’t enough role models. The cultural narrative doesn’t really include women artists at this point, of course it is beginning to.’

She said even in arts management the expectation of many women is that their work is not highly valued. The majority of arts workers in galleries and museums are in the supportive or organisation roles rather than management or executive team. This issue is explored in ArtsHub’s Women hit glass ceiling in gallery jobs. ‘There are a lot of women who work as art workers but they kind of then don’t tend to be the directors of the organisation,’ she said.

Doing extended work for free also happens because some women find it harder to ask for money. ‘I think women really do suffer in general just with confidence to be accepted for what they are doing rather than judged in other kinds of ways,’ said Richardson. ‘There is a gender bias in the art we get to see, what is chosen, bought and sold. It’s great all this stuff is getting talked about because then people recognise it when they see it.’

She believes more gender equity in exhibited artists and the collection of women’s art would also help to value women’s work more.

‘The tragedy is…it is a system that is definitely ripping off women,’ said Richardson. Long periods of unpaid work not only cost young women but also perpetuate the situation in which women retire with less superannuation than their male peers, said Richardson. ‘There are so many economic factors and that is pretty much how we value you things. Women are at a great disadvantage.’

The arts industry is by no means the only part of the economy where women are being exploited by unpaid work. American research found that women are 77 percent more likely than men to take unpaid internships.

Colleen Chen from Interns Australia told ArtsHub that unpaid internships are become an issue that is thematic with the rise of youth unemployment and lack of entry level job opportunities. ‘Some small businesses in particular are starting to use interns as a revolving door of entry level employment and it is in fact exacerbating these issue.’

It may not be a coincidence that these industries are also female dominated. ‘From my personal opinion I think that women are more likely to take on unpaid work, certainly in my time in the arts industry … Women are more likely to volunteer at galleries whereas the male students tend to do other things, work on personal projects or enter competitions,’ suggested Chen.

Unpaid internships have been criticised for limiting social mobility by excluding young people who can’t afford to work for free during a placement. Organisations that see interns as free labour rather than an investment, also come under scrutiny as a generation of young people keen to kickstart their careers are simply viewed as clogs in the wheel.

Chen said universities often encourage internships to help students gain experience before graduation but often these placements were not sufficiently supervised and did not really provide educational opportunities.

‘What isn’t happening is those benchmarks for the quality of the work placement and the careers department that oversee these are under-resourced. Thousands of dollars are paid to do these internship projects and they are on their own to find their placement, so we do think there is more to be done.’

The lack of regulation around this inherent system is a major concern for Interns Australia. With an Australian Research Council grant for the next four years, the Fair Work Ombudsman and four University of Adelaide law professors will collect longitudinal data on the issue. With a great relationship with both Fair Work Ombudsman and the Adelaide Law School, Interns Australia will be keeping a keen eye on the research findings.

‘There is no regulation around it so what the Fair Work Ombudsman and [Interns Australia] are doing is working towards building that network so business and students know where they stand in terms of theses entry level work arrangements and through that process hopefully minus the risk to young workers.’

Disclosure: ArtsHub has previously used unpaid journalism interns. Colleen Chen applied for, but did not accept, an internship with ArtsHub.