This is the future of Australian opera

As the debate about the future of opera in Australia heats up, financially independent opera companies are gaining loyal audiences by refusing to "fit in".
Andrew Fuhrmann 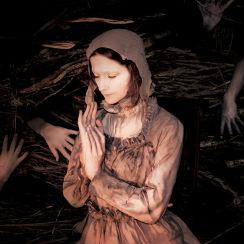 The Four Larks have forsaken their “Brunswick Bayreuth” for a stint in the Malthouse Tower as the Malthouse Theatre’s company in residence, wherein they have turned their cooperative imagination upon the tragic folk-mysteries of medieval Europe in their latest “junkyard opera”, The Plague Dances.

It is another compelling production from a company whose comprehensively reconstructed notion of the immersive Gesamtkunstwerk has produced some of the most inspiring and original art I’ve ever seen. This is a darker and more thoroughly modern piece in its structure than their previous works, despite the medieval theme and archaised harmonies. They’ve developed the playfully romantic self-awareness that informed their earlier pieces into something more formally and thematically dense. But it is still alive with all the pleasures of conspiracy and concealment, and where the text is somewhat stiff, if not obstinate, there is an agility and diversity in the score and libretto which opens out the drama.

Andrew Fuhrmann is a freelance writer. Currently, he is performing arts editor with Time Out Melbourne, theatre reviewer for ABR and an ArtsHub contributor. His tweets may be perused @arfuhrmann.