The limits of advocacy: arts sector told to stop worrying and be happy

Economic arguments about the arts' value aren't working, say Justin O'Connor, Julian Meyrick and Tully Barnett; we need to assert art and culture’s fundamental values if we're to save the sector from death by a thousand cuts.
The Conversation 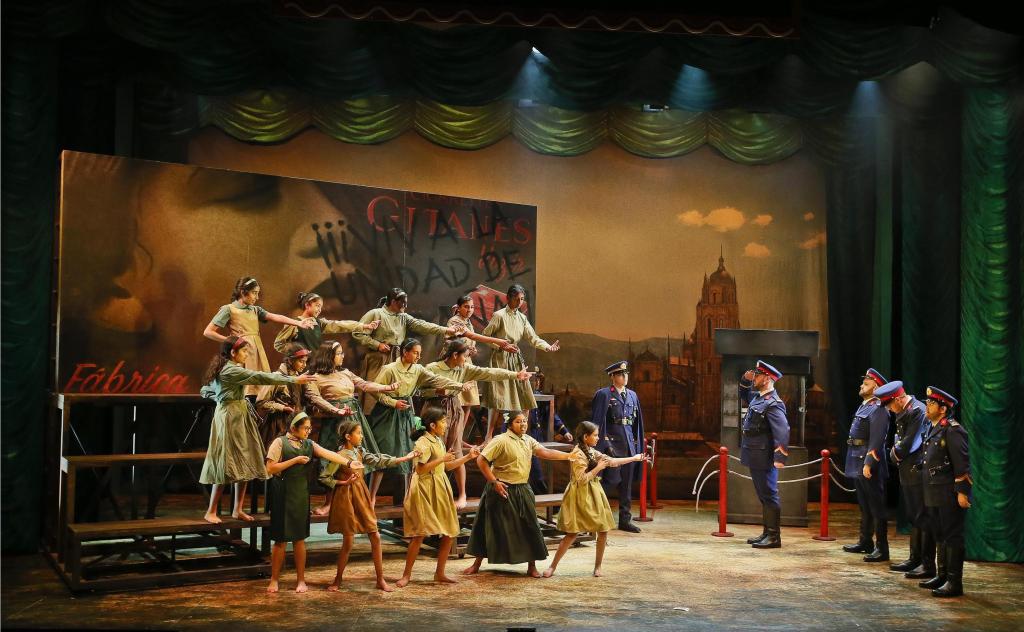 Students from the Keerthana Music School and the cast of Opera Australia’s 2021 National Tour of Carmen. Photo credit: Jeff Busby.

Most people with an interest in art and culture in Australia believe it is in deep crisis, and you’d be hard pressed to find someone who didn’t think the crisis predated the pandemic. COVID-19 has smashed every sector involved in live events and on-site attendance. But art and culture stand out as receiving little government sympathy and less support.

This underwhelming response comes off the back of a 19% per capita cut in federal funding over the past decade and the declining visibility of the “arts” in its host ministry. Many in the arts sector are convinced they are in the middle of a “culture war”.

Having tried spruiking economic impact, jobs and growth, AI-resistant “creativity”, all to no avail — what’s next for a sector battling for survival?

Two recent reports – the first from the think tank A New Approach (ANA), the second from John Daley, ex-Director of the Grattan Institute – argue the problem is art and culture’s own failure to effectively “advocate” for their worth as legitimate targets of public funding.

That might come as a shock to a sector that since 1994’s Creative Nation has been pushing the importance of its economic contribution, turbo-charged by the adoption of creative industries rhetoric from the UK after 1998 (think: “the creative economy”).

It’s a good line, but not quite right. Artists might not work primarily for money (which is lucky), but the belief that art and culture are a crucial part of Australia’s post-industrial economy, and that this should bring government recognition, is deeply ingrained in the sector. Hence the consternation when these arguments did not cut through in 2020.

What will convince hard-nosed policymakers in Treasury departments then? Daley’s answer is simple: the arts produce “happiness”. He suggests this is the metric the arts should use to demonstrate their value. It is highly unlikely this will sway policy, where employment metrics have failed. Worse, it simply misdescribes what art is.

Reducing art to “happiness” ignores centuries of debate about its complex purposes going back to Aristotle.

Does “happiness” really describe the dark energies and ecstatic highs of popular culture? The anger and joy that Shakespeare provokes? And “happiness” didn’t drive funding of our biggest contemporary cultural investment – the new War Memorial – with its gravitas, solemnity, and confrontation with the meaning of death.

The problem is not specific to “happiness”, which is just the next word in a chain of key terms leading the sector a merry dance around the abattoir walls to its next funding cut. Rather it is the concept of “advocacy” itself that isn’t right.

Advocacy works best in situations where basic values are broadly shared. Then issues can be raised and agendas pushed in a melee of healthy civil debate. When that consensus breaks down, when there is no common value ascribed to arts and culture in the first place, advocacy breaks down too.

Health and education need no “advocates” per se (though this consensus too is showing signs of stress). When art and culture need to advocate for their very existence, they are already in deep trouble.

This problem can be seen in its political dimension in the ANA’s latest report, Imagining 2030. Taking their cue from sectors like sport, defence and agriculture, they suggest the “cultural and creative industries” need a coherent economic plan as a basis for advocacy to government.

So it’s back to the old approach: framing art and culture as an industrial sub sector, calculating its financial worth, and trying to fit into Australian Bureau of Statistics parameters. The difference is that now the pitch is to be made to “middle Australia”, says the ANA.

Nowhere in this report is middle Australia defined, though elsewhere the sourced “focus group” is described as “middle-aged, middle income swing voters from suburban and regional Australia”.

We all know what this means. From Robert Menzies’ campaign slogan of the “forgotten people” in 1942, through John Howard’s appeal to Australian “battlers” in the 1990s, to the present government’s Trump-like culture war against “the elites” – it is a rhetorical figure in Coalition attacks on those it perceives to be its opponents.

The democratic impulse of opening up the arts to everybody becomes an entreaty to the “sensible centre”. Those outside it can be ignored.

In this call-and-response with the government, ANA shows what can happen to advocacy in an age of political polarisation – you end up where you may not want to go. Deploying the term “middle Australia” aligns ANA with the political territory of the Coalition. But where sport, defence and agriculture play squarely to Coalition constituencies, art and culture does not.

“He found the Archimedean point, but he used it against himself”, as Franz Kafka wrote about gaining a truthful perspective. From this vantage, those in art and culture better get used to their worth depending on how many jobs they generate for tradies – with utes getting tax cuts, but not TV drama – and whether funding them passes the pub test in the Coalition’s marginal seats.

Bad advocacy could save the arts

If we want to avoid walking down an ever-narrowing policy path to a final cull, we need to assert arts and culture’s fundamental value, not play advocacy roulette with government terms du jour.

This means peak bodies saying things governments don’t like to hear, and risking accusations of biting the hand that feeds them. It means robustly maintaining that art and culture are inseparable from social citizenship, and essential to the foundations of our common life. It’s a risk that must be taken. 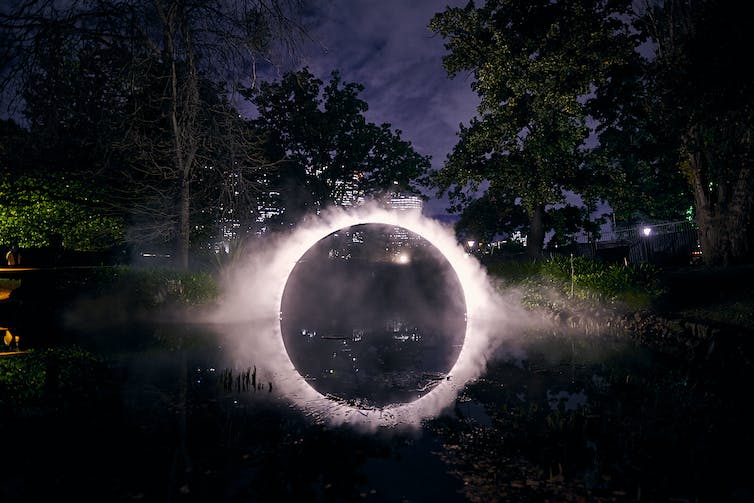 The Wilds, recently cancelled along with the RISING festival in Melbourne.
Rising/Eugene Hyland
And new ideas are out there. Regen Melbourne, a network of more than 40 organisations and 600 individuals, has added art and culture to its “doughnut economics” model of community engagement to create a vision for a liveable sustainable city.

Similarly, the Reset arts and culture collaboration in Adelaide (with which we are involved) places culture at the societal foundation, along with health, education and basic services.

These initiatives might be “bad advocacy” with the current government, but in the long term they are art and culture’s best hope.