Controversy continued to surround Pussy Riot's trial in a first week marked by abused defendants, a bomb threat and missing witnesses.
ArtsHub
[This is archived content and may not display in the originally intended format.] 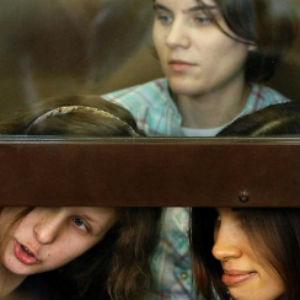 After storming a Moscow cathedral and performing an anti-Putin song last March, three female members of punk band Pussy Riot have been held in a Russian prison awaiting the trial which finally began earlier this week.

The three women have revealed that their time in prison has deprived them of food and sleep, and have even asked to submit a formal request pleading that the trial be put on hold until they can recover from their ordeal.