New art school recalibrates the value of art and craft

Rejecting silo-thinking across art and craft disciplines, and dispelling the myths of waning support, Sydney College of the Arts is future ready and set to lead in Australia as a cross-disciplinary art school.
Gina Fairley 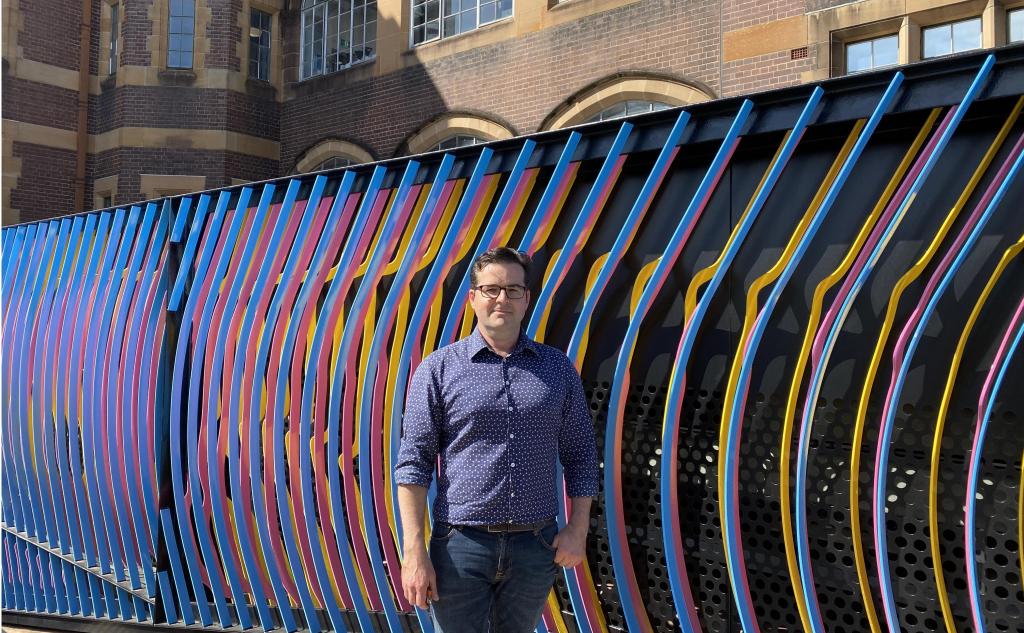 Just three years ago, Sydney College of the Arts (SCA) faced a potential merger with the University of NSW’s Art and Design, student protests, an impending eviction from a building that was crumbling at the seams and in desperate need of new equipment –

not to mention having become a political pawn.

It was a bleak future touted in the media through 2016-2018, and one that also faced a barrage of myths that questioned the role of the crafts alongside contemporary arts education.

But in a short period, SCA has turned itself around and is now couched as the art school to lead nationally. It is a good news story on many levels.

With a move to the main campus of the University of Sydney, and occupying the Old Teachers College (OTC), the school now sits as a key player in a blossoming new cultural hub that includes the Chau Chak Wing Museum, the Power Institute, and one of the leading art libraries in Australia, the Schaeffer Fine Arts Library.

Read: How the new Chau Chak Wing Museum changes thinking
ArtsHub caught up Andrew Lavery, Director of the school, as it opened its doors to students recently.

‘I think that SCA’s ethos remains the same; it hasn’t been distilled by the move, but gives us a really big opportunity to thrive,’ said Lavery.

Three years since that decision to move, Lavery said SCA faces a win. ‘The studios have roughly the same footprint, and while we lost the grounds [at Rozelle] we have gained the wider uni and its amenities.’

One of the squabbling points for the move was that the school, financially, was always behind the 8-ball, and taxed on the full 5-hectare site that the former school occupied –

which was impossible to offset by fees.

Lavery thinks the future of SCA will only strengthen. A maker himself (trained in glass), he said, ‘The whole 2016 events created a lot of myths, and a lot of people peddling them. People were saying that we had been absorbed and weakened [by the move]. It’s just not the case.’

The word on the street was that the craft disciplines were going to be pulled back, joining a decline nationally in the offerings of glass, ceramics, jewellery.

Read: Fact Check: SCA Final Change Plan
‘That [perception] has been a bit of an impediment to us, and I have had to get out there a lot and set the record straight,’ he told ArtsHub.

Lavery said his approach has been to face things with great clarity. ‘And to be an open door and transparent, otherwise the myths take over. We also received feedback that in the past SCA was very insular, and people did not get out there to Rozelle. We wanted to turn that around as well.’

SCA sits under the School of Literature Art and Media (SLAM). Lavery confirmed that SCA was not impacted by the recent fee hikes to humanities.

‘The move has facilitated growth –

simply it’s more attractive to walk here than catch a bus to Rozelle. That frees up that space to attract students from other departments.’

In 2020 SCA has around 450 students across all degrees, with an additional 1400 students from the broader university joining elective classes. Staff numbers have also increased, with 20 academic and 10 professional staff making up the team.

‘It has become a big operation because you are attracting all those other students,’ said Lavery. ‘You can’t run an art school in a big uni without doing that alongside your core degrees. It’s what is called service teaching in the university model. It is like a small business in a way.’

‘We are comfortable with that model, and then will build up our flagship degrees to the highest quality in the country,’ he added.

THE COST OF CHANGE

The thought of moving a multi-disciplinary art school that occupied a 5-hectare campus for 25 years, is understandably a nightmare.

Lavery told ArtsHub that the skip removal of rubbish alone cost $50,000. ‘We had everything from old couches to bits of steel. We actually got a metal merchant in and used furniture [vendors], to maximise sustainable reuse when we could.’

The refurbishment cost $25 million, which was funding entirely by the university. Around $1 million dollars was spent on new equipment.

‘Some studios are completely new; we had to achieve compliance and a lot of equipment was just too old. We worked with the architects to design all the tables and infrastructure so that it was cohesive across the new building,’ explained Lavery.

ARM Architects were charged with the refurbishment –

a company known for its quirky work on cultural sites. Along the west facade of the building they have created a signature screen that allows ventilation into the lower glass hot shop and also offers a creative narrative of design past, present and future.

The design and planning process took about 18-months, said Lavery. ‘It was like a big jigsaw puzzle, transferring this heritage site into a state-of-the-art art school.’

One of the challenges was mechanical ventilation across the building. ‘The philosophy was dirty dusty noisy first floor, second not as much, and third floor quiet spaces for making.’ This demarcation is further reflected in colour coding from gold, up through magenta, to blue.

Lavery said the projected wear on the building was a solid 25-years. There is the opportunity, also as the school grows, to occupy the building’s fourth floor.

This heritage building has a labyrinthine quality, but rather than dark and haunting it is flooded with light and incredible vistas out to campus. With two colonnaded courtyards –

one which leads to the SCA Gallery –

it encourages a sense of community.

Throughout the heritage building, walls have been clad with non-invasive screens to display the artworks of student. The studio spaces are intimate, allow 24-hour access (in keeping with all international art schools), are climate controlled and have acoustic ceilings.

Heck, even the drawing studio has a changing room for life models to prepare. Everything has been thought of.

Lavery said that has been a huge rise in the interest in analog photography and film studies, so the school has created a suite of spaces on the upper levels, including two bespoke analog studios, editing suites, to old fashion ‘wet studios’ for photography on the mid level.

SCA is working with the Australian Centre of Photography (ACP) so they can use their facilities, and in turn offer a direct conduit to future students.

And to ensure full access to making, students have access to cameras and kit via and equipment library shared with media and communications. Lavery said that one of their most popular courses is their Master of Moving Image, which also attracts a lot of international students.  Many of them are still here and working through COVID.

The school was also to use the new facilities to set up a COVID teaching lab, where class continued online, with teachers using props to teach students how to use the equipment.

and all teaching studios have been updated to allow for digital presentations, and then for demonstrations to be recorded and uploaded for student access later.

In between and dotted throughout the building are students’ personal studio spaces. These all have chipboard walls that can be replaced when they become tired.

‘We travelled around all the art schools with the architects and looked at how they set up their studios,’ said Lavery.

There are also a number of ‘test spaces’, where a student can have access for a week to test how their sculpture or suite of paintings might look in a gallery space.

The print studio is home to the largest press in the southern hemisphere; the glass studio has a tight but well designed cold working room, kiln forming room and hot shop; while the jewellery studios are perhaps the envy of all – stunning in their design and functional flow.

The architects have taken what could have been a very limiting heritage building and made it incredibly flexible.

‘We have a lot of practitioners interested in coming back and do more study. We expect our numbers to explode, he added.

‘It all just needs dirtying up a bit,’ laughed Lavery.

THE 21ST C IS NO PLACE FOR SILOED ARTS

What is most apparent in the investment in this new art school, is the way that design and making so fused and equally weighted with the disciplines of painting, media studies and sculpture for example.

Lavery said that a lot of contemporary artists get in and use those other disciplinary studios. ‘That has been a big thing for us over the years,’ he added.

Today, many artists have things fabricated for them in the process of creating an artwork. More cross disciplinary interaction is very much a 21st century tenant of contemporary art rather than the kind of traditional silos of the arts and the crafts.

When asked what his vision for the school would be five years on, Lavery said: ‘Strengthening our flagship degrees so that they are attracting the best quality students. We want to work more with other departments within university as well and consider collaborations with performance space and museum and heritage studies and screen studies and art history. We are already having discussions.’

To learn more about courses at Sydney College of the Arts.