Is your international career a threat or a win?

With a top drawer international career for over a decade, Sophie O’Brien takes on the position as Bundanon Trust’s Head of Curatorial and Learning. What does that perspective offer this historic site as it prepares for its future?
Gina Fairley 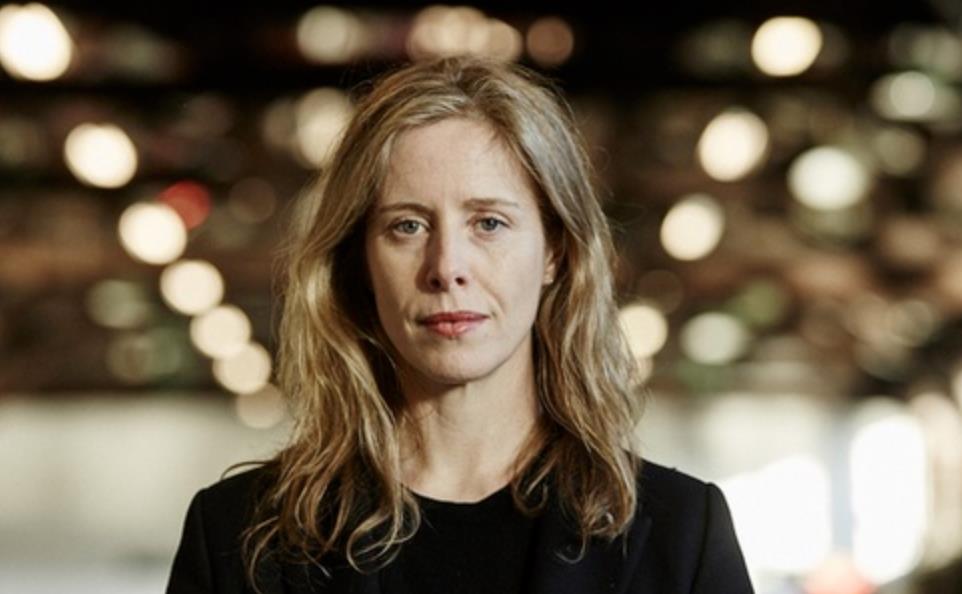 Bundanon Trust recently announced the appointment of Sophie O’Brien as the organisation’s new Head of Curatorial and Learning. It is a sign of the future, with the realisation of the Riversdale Masterplan gallery and learning centre, designed by Kerstin Thompson Architects (KTA) and slated to open in October 2021.

O’Brien’s rich international perspective is an interesting choice, unabashedly ambitious and poised to usher programming into the next phase of the cross-disciplinary organisation – globally outward while regionally-located. It could very well be a future model for many to follow as we emerge from this pandemic.

O’Brien comes to Bundanon having led the exhibition teams for the Australian Pavilions at the Venice Biennale (2005-2007), and two years at Tate Britain in London where she was Curator for Contemporary and British Art, before moving on to Serpentine Galleries as their Senior Exhibitions Curator (2009-2015).

She then worked independently on numerous large-scale projects with artists such as Marina Abramovic, Jimmie Durham, Richard Hamilton, Thomas Schütte, Javier Téllez, Wolfgang Tillmans, Rosemarie Trockel among others, before taking a senior curatorial leadership role at the Govett-Brewster Art Gallery in New Zealand.

Her advice on working abroad was simple: ‘Every experience you learn different ways of doing things, and that is a good thing.’

When asked about her ambitions for the new role at Bundanon, O’Brien told ArtsHub: ‘I say the transformative, and Deb (Deborah Ely, Bundanon Trust CEO) says “nearly” – that state of becoming. I would love to use what I have learnt, and to think about how to deliver that state of becoming, not just as exhibitions, but as a state of being for those who encounter Bundanon.’

At the heart of this plan is a light-filled bushfire proof, subterranean gallery and collection store, which will house the $43 million art collection of some 4,000 items, as well as a world-class creative learning centre for school students, and contemporary visitor hub and café. Construction is underway.

Read: Building for bushfire resilience in a gallery

O’Brien is not adverse to hard-hat programming, having overseen the tail end of Govett Brewster Len Lye Centre’s reopening, and the opening of the second Serpentine space in 2013, where she was also charged with curating the inaugural exhibition for the building, Adrián Villar Rojas: Today We Reboot The Planet.

‘I was at Govett Brewster two years, and that was really the period of setting things up like the new collect store new, so I am pretty used to a new building and a team adapting to it,’ O’Brien said.

Advice on careers abroad: are they worth it?

While it’s easy to fall on the old fashion “excuse” that the tyranny of distance means you are not taken seriously abroad, O’Brien believes it is just a case of being too abstract when you are on the table against a known field of candidates.

‘One of problems going overseas to work is that [organisations have] not seen what you have done – so it becomes too abstract to consider you as a candidate,’ explained O’Brien.

‘I was very lucky to work on Venice [Biennale], so the good thing about that is when you are looking for a new position overseas, they have seen and know what you have done.’

She advised: ‘The more you can experience the better, especially if you want to be a curator or a producer, or to facilitate artists.’

‘The glory days in the Northern Hemisphere, for those biennales and big festivals – the big shows – might be gone [with the pandemic]. They were not a perfect model, but you see a huge amount of work. It seems obvious to me, while I have had amazing work opportunities, that what I learnt from those models over the last 10 years is how to be sensitive and strong, and to incorporate that into the moment,’ O’Brien said.

On returning, O’brien observed that, ‘We are not so keen to know about the rest of Australia, and sit in our bubbles. It is not that we are not friendly, or that there is a certain competition here. And yes we have a collaborative culture, but it is not a vibe in Australia like it is elsewhere. You can feel the lack of capacity to engage.’

She spoke of her experience in Europe where, if someone was in town for a week from Germany for example, ‘then it is connect, connect, connect – asking what you have been up to, thinking about new information. The people who are successful are good at saying they would love you to meet this person and make it happen. It’s not a sell. And, if they hear something amazing, they flick through. It is about building a habit of keeping connected. We don’t have that same culture here. But hopefully we can do that with Bundanon.’

O’Brien said it is not a case of better but just different. ‘Returning here, and bringing those thoughts and models back, is a pleasure.’

The challenges of re-entry and finding the soft land

Anyone who has attempted to place their career internationally and then come back to Australia,  knows that re-entry is not always easy. O’Brien said her way around this was to change direction.

‘I came back knowing I didn’t want to face a job [with a visual arts organisation] and not knowing where I fit. I was very aware I had worked in contemporary art spaces (Artspace, Sydney; Biennale of Sydney; Art Gallery of WA; Australia Council; Perth Festival). So I intentionally chose to not put [myself] in that familiar space; I wanted to learn something new.’

O’Brien completed an MA in Directing Performance at the Victorian College of the Arts (VCA)  in Melbourne (2018-2019), before turning her sights on Bundanon.

‘I set aside two years to do my MA and go into student mode. I treated it a bit like a job,’ she added.

‘I highly recommend any curator in their 40s to embrace a completely new field, to learn a new field of thinking, which to propelled me into new thoughts.’

Few in the arts go beyond their known silos to absorb the richness of bridging the performing and visual arts. When asked why diversify an already dynamic career, O’Brien told ArtsHub: ‘I embrace the truism that if you want to change your thoughts, change your body; there is something about that performativity – there is something in that audience, or a witness, that shifts their point of view because they are physically, questioning their role.’

‘The VCA was so open for me to do something that was part installation, part improvisation, part theatre,  part performance art. It is a really slippery space and I wanted to learn more about that from a theatre perspective.’

‘One of the things I love about the global south (is that a passe term now?) is that we have these other places to make art. While I loved working with Serpentine … London doesn’t have herd of 40 kangaroos out the window,’ said O’Brien.

‘The thing about British Culture is that is has not accepted its relationship to colonialism. Hyde Park was a hunting field; today it is totally manicured. There is nothing wild in London, but in Brazil, South Africa and here, you have contemporary art spaces in amazing landscapes, and culture perches on top of that.’

O’Brien said that one of the attractions to working with Bundanon Trust was that it was an incredible gift by artists to artists.

‘Boyd went beyond that; time and space in a natural environment is conducive to free thought and new thought, and an artist gifting that to other artists is a very productive and generative idea.’

Given to the Australian people in 1993 by Arthur and Yvonne Boyd, the Bundanon property (which includes the Bundanon Homestead site and the Riversdale site) is located on 1,100 hectares of pristine bush land overlooking the Shoalhaven River, near Nowra in New South Wales, two and a half hours south of Sydney.

In many ways, Bundanon Trust is that very definition of the buzzy term “glocal”, which has been thrown around a lot more frequently during our current pandemic, and allowed a moment to step outside the confinements of geography, to engage.

‘I grew up outside of the city and in a community of artists, so coming to Bundanon is not a new change. My mum was an artist and my father was a theatre director. These things all come around,’ she added.

Five years on O’Brien said the word she would most like to encapsulate her role with Bundanon Trust, was ‘openness’.

‘Of course this is what we are all (literally) hoping for coming out of this strange and confronting time, but it’s also a hope, in a more philosophical spirit, that we humans might invest in a shared ‘ethics of curiosity’ and an openness to critical thinking and other ways of being, this crisis being a global catalyst. Worth aiming for, even if it’s only ever aspirational,’ she concluded.