How creatives are adapting their arts practice during lockdown

Whether it’s a balcony performance, hosting an online class, or just making something out of household items, our readers have continued to embrace creativity during this time of lockdown.
Sabine Brix 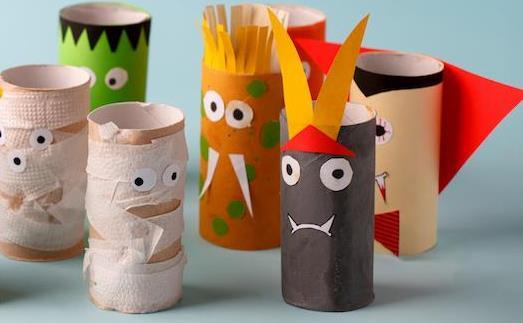 In our second ArtsHub pop-up poll during the time of COVID-19 we asked you:

What are some of the ways you have been adapting your workplace or arts practice during these times?

Many of you have embraced the changes forced upon you by COVID-19 through continuing to interact creatively with online communities or through adopting individual practices to hone skills and simply enjoy your time during isolation. We break the poll responses into categories although some answers just defied categorisation, like the reader who said they were engaging in ‘telepathic vocal practices!’

While many readers have taken their arts practice online, some would rather engage directly with community members, at a respectable distance of 1.5 meters, of course.

For many, public balcony performances were a way to spread joy while interacting with people strolling by.

‘I have been singing one song a day from my balcony to entertain the neighbours,’ wrote one reader while another said they entertained their neighbours from a balcony while taking song requests from passers-by who were exercising on the street.

For another, physically creating art and allowing people to engage with it has delivered solace.

‘I am developing art and clay packs for residents in my town, delivering those packs and collecting clay pieces for firing in the kiln,’ they wrote.

For some readers, taking their practice online has allowed them to keep a real life connection going with their audience. For Camerata – Queensland’s Chamber Orchestra – this been the case.

‘We have been running the 5@5 series whereby players provide 5 minutes of content to be aired at 5pm each day in lieu of regular concert activity,’ they wrote.

The orchestra has also holds daily online meetings with breaks for social interaction with members invited to a Camerata Cuppa online once a week for 30 mins where they catch up, share recipes along with COVID-19 stories of isolation.

Another reader, who runs an Artist Run Initiative (ARI) was also making the most of virtual interaction. Of their collective, they wrote: ‘We have agreed to work digitally with each other until we can meet face to face and at present are all applying wherever we can for shortfall grants to get us through the months ahead.

One musician has been inspired to upgrade their recording studio so they can perform ‘live’ online, this in addition to writing new songs.

Other readers responses which took into consideration how creativity can be adapted virtually include:

With extra time in lockdown, some of you are adopting new arts practices or taking the time to try crafts.

‘Instead of spending hours in the studio I seem to be spending hours in front of the computer screen. On a practical level, while art materials aren’t available I’ve raided the tool cupboard for PVA glue for example to use as a medium, which I haven’t done since I was a broke student!,’ they wrote.

Others have sought out activities that allow for relaxation:

Other reader responses that include embracing new hobbies are:

And finally, this response is one I am sure we can all relate to, no matter your level of creativity.

‘I have been designing and building a clock to countdown the lockdown period, and expect it to be completed the day the restrictions are lifted!’