While the conditions for opening up theatres may not be ideal, they beat another half-watched livestream playing to a handful of people, writes UK composer Neil Thomas Smith.
The Conversation 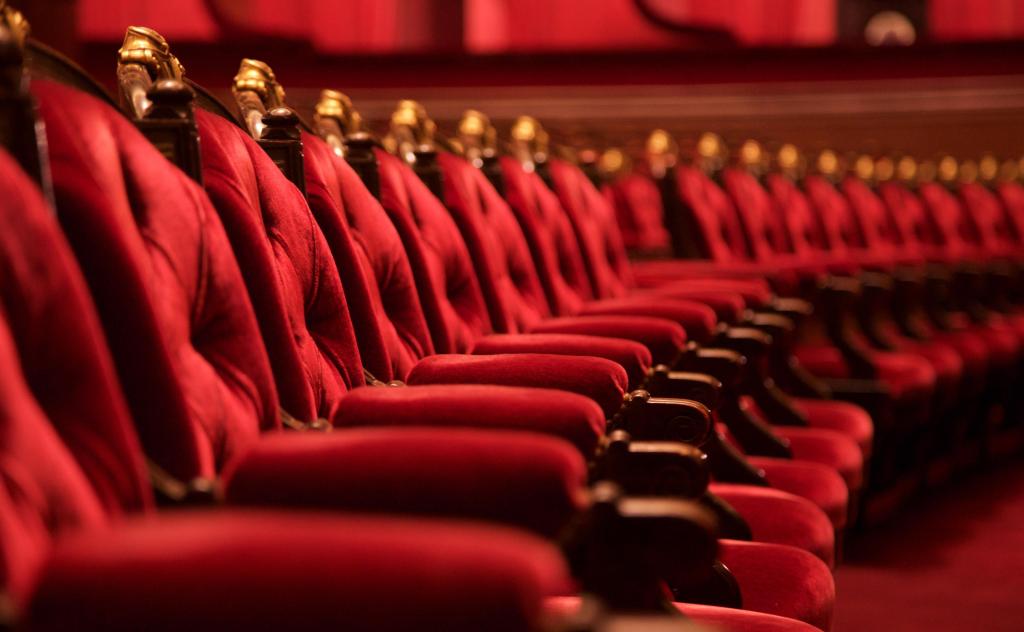 Originally published by The Conversation UK, author and composer Neil Thomas Smith ponders the reopening of theatres and alternate options for the viewer experience, something we are also facing in Australia as a wave of venues re-open and others remain closed.

You pass through a wide doorway to a large space with good air circulation. Inside, an usher behind a screen scans your ticket and sends you onward. Signs on the carpet direct you to the large auditorium, which is arranged in clusters of seats, one per household. In the middle of the room, the stage is set for a full orchestra. Tomorrow the same stage will be used for a theatrical production. The lights go dim; the music starts.

If we think creatively, such a situation could become reality. The arts sector is in a dire state, and Andrew Lloyd Webber and Paul Whitehouse, among others, continue to plead for venues to reopen on behalf of the embattled theatre sector and its many jobs. But winter [in the UK] is coming, and with it the unappetising prospect of a second spike of coronavirus cases. Things are likely to get worse before they get better.

With many audience members over 65, it is not just a question of R-values and daily cases, but how safe people feel.

It is extremely unlikely that traditional venues will cater to large audiences for at least six months and possibly until a vaccine is created and widely administered.

Notions of “hygiene” have been observed as a major narrative in the reinvention of urban space for centuries and being hygienic in COVID times presents real difficulties.

The search for space

Observing even a 1-metre rule takes most venues to below 50% capacity and feels, frankly, almost pointless, except in larger halls.

This puts the performing arts in a dire position, seemingly with a choice between loss-making performances to the few, or contributions to the vast pool of online content. Increasingly, it feels like the latter’s proximity to the live experience only dilutes its satisfaction – like giving plastic food to the hungry.

It is time for governments and local authorities to take action and create performance conditions that can function in all but the most stringent of lockdown situations. It will be no small effort, but if a large-scale live performance is to see us through another winter, it must be done.

What is needed is space. Space to circulate, space to sit apart, space between venue staff and audience. Outdoor events will be difficult to sustain in a UK British winter. Churches have limited toilet capacity (if you think that’s unimportant, you have not read many venue feedback forms).

Conference centres are in fact the most likely solution. The decimation of large-scale events means they have availability and should be able to accommodate large numbers of people and flexible seating arrangements.

Just one viable stage could bring comedy, music, small-scale opera and theatre back to a city, though the specific stage requirements of dance may prove more difficult. The seating must be flexible rather than in strict rows, probably with the stage in the centre of a large room. It may not be the perfect aesthetic experience, but it beats another half-watched livestream or playing to a handful of people.

To take Scotland as an example, one super venue in Edinburgh, Glasgow and Aberdeen could resuscitate the country’s three major orchestras and much more besides. The Lennox Suite in the Edinburgh International Conference Centre, for example, has a maximum capacity in normal times of 2,000 and has a movable floor. If 40% of that total were achieved it would start to offer something akin to regular income for organisations.

Technical and stage management teams from theatre and music are used to making things happen in a short space of time. Together, they would be unstoppable. The acoustics of these spaces could be delicately enhanced by amplification in the case of theatre and electronically assisted resonance for classical music. The latter can provide startlingly natural reverb, as was used for decades in London’s Festival Hall.

Though the initial costs will be significant, this scheme is beneficial because it allows organisations to bring in revenue and give their box office and temporary workers some much-needed employment.

Currently, we are paying institutions to limp on and will count it a success if they come through this period with half their staff intact. Government support to a widespread commandeering of spaces would be a far shrewder investment and will give large institutions the means to better support themselves, though this emphasis should be coupled with similar efforts on behalf of smaller organisations and freelancers.

Indeed, this could be an opportunity for smaller companies to share the stage and draw a bigger and more diverse crowd to their programming, while also sharing the income generated.

There is also the issue of the venues that are left behind in this search for space. Taking away the orchestras and theatre companies that are their main draw hardly seems to aid their cause. I would argue, however, that there is little financial security in housing concerts for 200 people, not to mention the risks of being closed down again if the virus returns.

Limited but more secure employment for staff and the ability to repurpose smaller venues – whether as a university lecture theatre, space for smaller performances or community hub – is more likely to see them through this time.

One of the lessons of lockdown is that a life without the arts is a very grey existence indeed and that if there is a replacement to the live experience, it is yet to be discovered. If performances can go ahead as safely as entering shops or eating in restaurants, then the arts world and society should be given every chance to take advantage of their life-enhancing effects.

All it requires is the government to lead on this issue with decisive and positive action.

This article is republished from The Conversation UK, under a Creative Commons license. Read the original article.