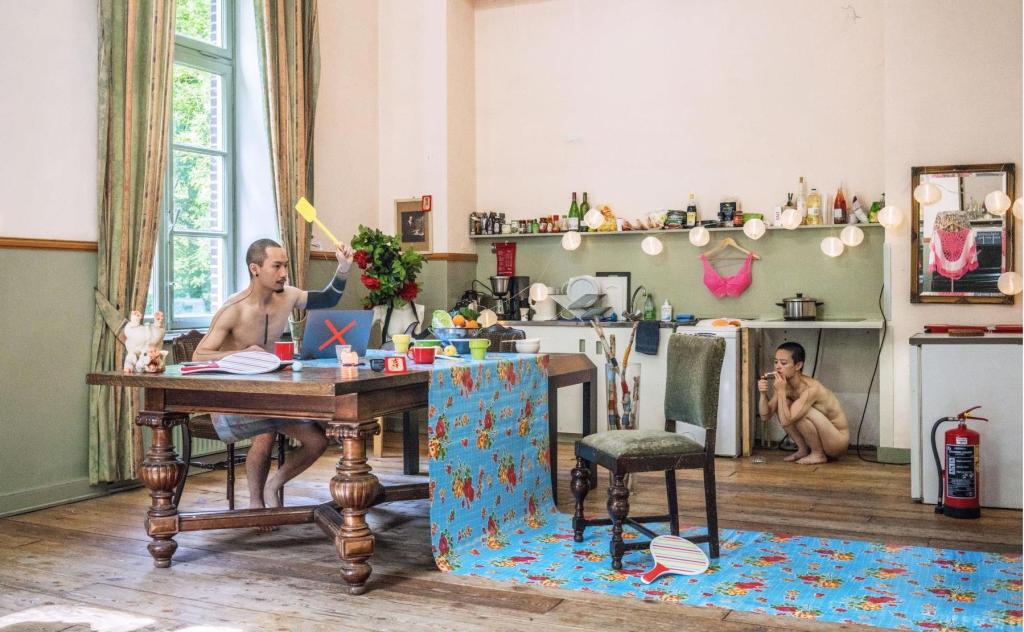 Shanghai artists Xiao Ke and Zi Han were set to present What is Chinese at Arts House in late February as part of Asia TOPA but they have been unable to leave China. Photo: Xiao Ke & Zi Han.

Arts organisations around Australia are feeling the impact of the coronavirus outbreak, with several Chinese artists and performers having to postpone their tours and appearances after the Australian government imposed strict new travel restrictions on travel from China.

Queensland Ballet’s sister company, Shanghai Ballet, has had to postpone its upcoming season in Brisbane until 2021, and the Australia Council for the Arts has had disruption to its international programs.

Arts House in North Melbourne has also felt the impact of the new rules: ‘Due to travel restrictions from China [imposed by the Australian Government], two artists scheduled to present What is Chinese at Arts House in late February have been unable to leave the country. Arts House is currently exploring possible alternative arrangements,’ a spokesperson from City of Melbourne said.

‘The City of Melbourne and Arts House are continuing to follow the advice from the Department of Health and Human Services in regards to the coronavirus.’

On Saturday 1 February, the Australian government announced that due to the coronavirus outbreak, foreign nationals travelling from mainland China will be denied entry to Australia for 14 days from the time they leave or transit through mainland China.

Anyone who left mainland China on or after 1 February must also self-isolate for 14 days.

‘Asia TOPA recognises the impact of the current health crisis on our friends and colleagues in China, and we send our love and support to the artists and communities affected,’ Asia TOPA creative director Stephen Armstrong and associate director Kate Ben-Tovim said in a statement.

Nonetheless, the statement stressed that most of Asia TOPA’s program of more than 84 events would not be affected. Tickets to postponed events will remain valid for the new dates, once announced, and ticket buyers can also receive a refund if they cannot make the new date.

Artists, of course, aren’t the only ones affected by the new rules, and the travel ban could have a far-reaching impact on Australia’s culture beyond the next few weeks.

Catriona Jackson, chief executive of Universities Australia, told RN Breakfast that some students were detained for an unreasonable length of time, while others were misinformed that their valid visas would be cancelled though Jackson has since confirmed that their visas are just temporarily suspended.

‘We have no dispute with the travel changes the PM has announced but we must treat people who have arrived here, in circumstances not of their own making, in a compassionate way,’ Jackson said.

Jackson emphasised that not only do Chinese students contribute $37 billion to the Australian economy, they have also been part of reshaping Australia’s relationship to the region.

‘[International education] is also incredibly important to Australia culturally … it has an enormous impact on the way the region works, understandings of democracy, the sorts of soft power that Australia has more broadly, but also it means that your kids and my kids get to sit down with people from all around the world. They get a terrific global education which sets them right up as global citizens,’ Jackson said.