Commercial galleries are a lifeline for many artists, so who’s supporting them?

ArtsHub speaks with three art dealers across three states, who are all facing the reality of a pandemic art market, and its impact on artists.
Gina Fairley 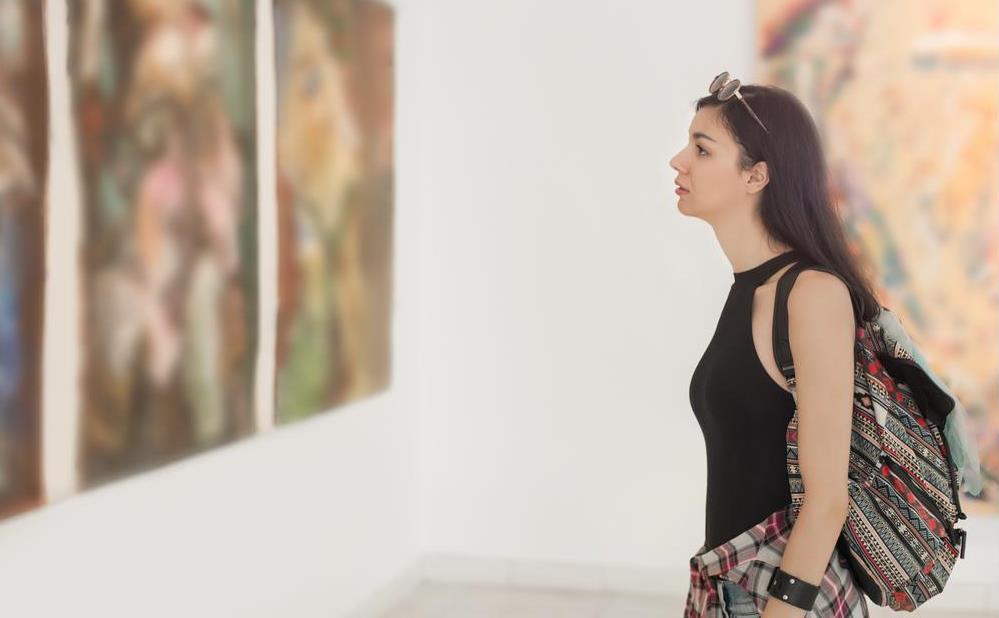 Commercial galleries are often the forgotten link in the art ecosystem, with support directed first towards our state institutions, regional galleries, ARIs and contemporary spaces.

The reality, however, is that commercial galleries are the primary conduit of income for many practicing artists. Keeping them healthy is key to softening a ricochet effect onto individuals.

To get a better indication of how the gallery biz is fairing, ArtsHub caught up with dealers, Brisbane gallerist Andrew Baker, Perth-based Margaret Moore of Moore Contemporary and Amanda Rowell, who is behind Sydney space The Commercial.

As expected, the shared response was a seesaw of optimism and wins through changed models, and a looming reality of a shrinking gallery sector.

Andrew Baker says that the pandemic has changed how he does business ‘in every way.’

‘But it has been in unexpected ways,’ he continued. ‘The existence of this gallery is a bit of “peaks and troughs”, so the workload is always high, and when things are quiet is when you should be working the hardest.’

Baker said the last few months have been particularly buoyant for his gallery, with the inclusion of Indigenous artist Karla Dickens in both the Adelaide Biennial and the Biennale of Sydney (weeks prior to the lockdown), as well as a very successful Michael Cook exhibition, which Baker took online in a first with a virtual walk through.

It was a shift that Rowell also experienced at The Commercial. ‘Things definitely did not grind to a halt. We have been as busy as ever, actually we haven’t qualified for support,’ she said optimistically.

She reminded that galleries just don’t work on sales from exhibitions, but have a lot of other things on the simmer all the time. ‘We were fortunate going into lockdown with a sell-out show by Mitch Cairns just two weeks before shutdown, and had a string of museum sales lined up that were already invoiced.’ 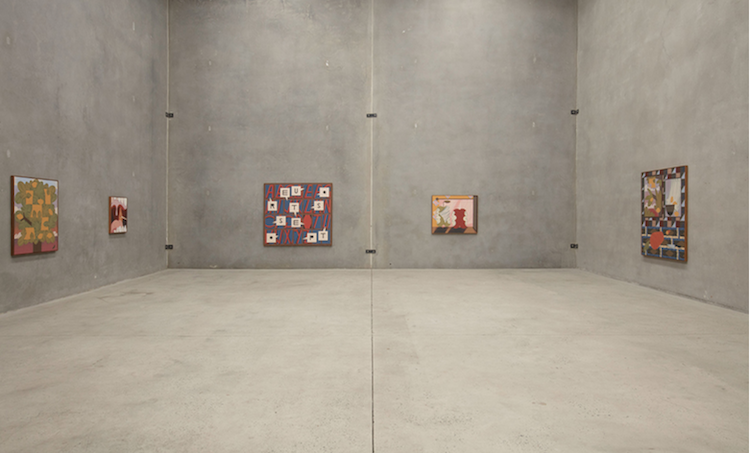 Are collectors being more supportive during COVID?

Their reports of continuing sales, prompted the question, what has been driving those sales – altruism, business as usual, or boredom?

‘We had a group show open within the lockdown and three weeks into it we had sold about three quarters of the exhibition. People are not buying out of sympathy or support. It just proves that you can always sell good art,’ said Rowell.

‘We had more enquiries from that group show than ever, with people at home on their computers more. Maybe there is more money around with less discretionary spending on travel,’ she continued.

Regarding collectors supporting artists, Baker said: ‘I am not sure they (the collectors) are so altruistic, I just think they have had unexpected time to browse. The demographic we deal with travel a lot, and that has freed up some funds that would otherwise have been spent on all sorts of activities denied them.’

In Perth, however, Moore reported that while she had seen some modest increases, it had not been her experience of collector support. ‘What I have sensed, rather, is a lot of people being supportive of me reopening, but that encouragement has not been translated to business.’ 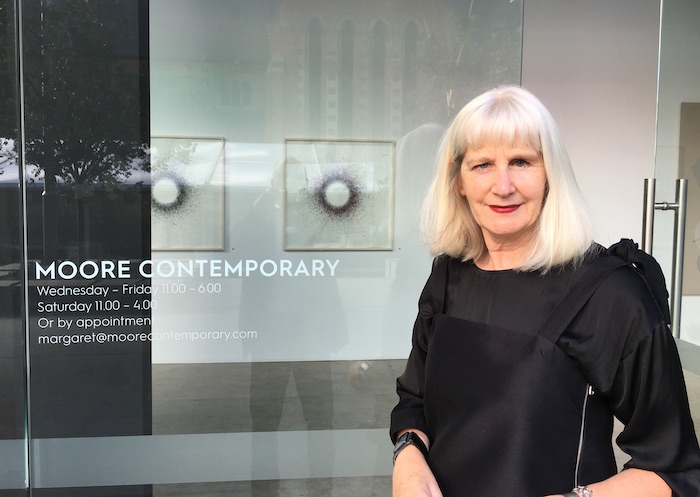 Commercial galleries are a lifeline for artists

Baker, Howell and Moore each represent around 20 artists. That is a lot of meals on tables.

‘The artists are all terrified,’ said Baker. ‘Particularly the younger ones, who don’t have older figures they can with talk with about the situation they find themselves in. I have had very long conversations with them; they’ve needed a lot of reassurance.’

Baker said he is of a generation whose parents grew up in the Depression and grandparents remembered the Spanish flu. ‘It was part of my upbringing – to be frugal – all the things the Post Modern world isn’t. In a way, I think that allows my generation of Australians to deal with it – even though we didn’t experience it – but the ethos was there.’

Rowell said that in conversations with her artists most said they have ‘enjoyed’ lockdown for the studio time, but those with children had found it difficult. ‘It’s that reclusive, focused time they need by default as artists, so it was a very natural situation.’

She added that the frustration came with artworks caught up in international freight, exhibitions postponed and projects delayed.

Moore agreed. ‘Probably most conversations with my artists have been about dealing with loss or delay of projects and residencies, so it’s been a shift in their focus and production. Rather than sales, I think it is empathy in the first instance that has been part my role,’ she told ArtsHub.

‘We live in incredibly uncertain times, and the harder it gets, the harder I seem to work.’

Baker believes the problem is more endemic than a newly arisen COVID-crisis.

‘I was on the board of the Commercial Galleries Association when we were emerging from the GFC, a quarter of every meeting from then on discussed what galleries had closed down. The demise of [commercial] galleries has been steady since 2008.’

‘And if you consider that every time a commercial gallery goes under, 20 artists go on to unemployment benefits. Artist resent when $3-4M is spent on the acquisition of an international artwork while they try to eek out a living on benefits,’ he said, adding that the Australian market undervalues its artists.

Moore added: ‘There must be a sensitivity and awareness that gallerists are a conduit to artists; we are there to serve artists, and yes it is a commercial business, but very much their primary market existence. It’s an important message.’

Is the COVID online art market boom a myth or reality?

Rowell reported that for about the past six years, 70-80% of their business has been generated online. She said that most gallery business happens where clients preview artworks, and commit to buying them prior to viewing.

‘It’s maybe not so much just about confidence. It is very current now – working digitally – and I would say the pandemic has made it necessary. I had a situation with a sale during lockdown, where the client wanted to see the work first hand – buying online went against their instinct, but they went ahead with it,’ Rowell told ArtsHub.

‘Visitation to galleries were on such a decline over the last few years, that we would sell out shows without people seeing them,’ Baker added.

He said that while online sales are far from new, ‘going digital’ during the pandemic ‘has changed the way the gallery operates. I put up a 3D virtual show for the first time and realised I should have done it years ago! While half the comments were about the artwork, the other half were about the gallery.

‘We have some many international and interstate clients that have never been to the gallery. It was a really heartening moment,’ he added.

Howell said that ‘the virus has bought to light commercial galleries, who have always put their exhibitions and artworks online. We are seeing museums [scurry] to create content, to get online, but we have been doing it for years.’

Moore, in contrast, added: ‘Some galleries are very organised with accessible online sales – I am still very much in the enquiry model online – but yes, there is a lot more confidence buying online.’

‘I have been predicting for five years, that not more than 10 serious commercial galleries in Australia will exist within a decade, and I think this [pandemic] will just hasten that process,’ said Baker.

‘We are expecting caution – we are being careful with our spending, but I have always kept our overheads low,’ Rowell said.

Moore said that the work she is most involved with now, in terms of rebuilding her market, is around projects.

She continued: ‘Probably many of us can get through the initial hurdles, but the next year or two will tell whether we can swing around. Some of the bigger galleries might have better capacity to sustains as they have more ballast.

‘But I do think there will be losses in gallery sector, she concluded.

Rowell said that key is to stay positive. ‘You don’t have to mention the virus in every email you send out. We have been conscious to not mention it.  You have to focus on everything you do, thinking through every process and go hard still.’

Moore concluded that the sector needs reminding how critically valuable coming into spaces again is. ‘The public museums, contemporary spaces and ARIs – it’s great to see them open up again and people visiting – but unless there is business and acquisition, and people supporting commercial galleries also, that very important [link] in the cycle of supporting artists will falter.’