First Nations theatre-makers have much to teach the sector when it comes to ensuring that our rehearsal rooms are culturally safe spaces.
Richard Watts 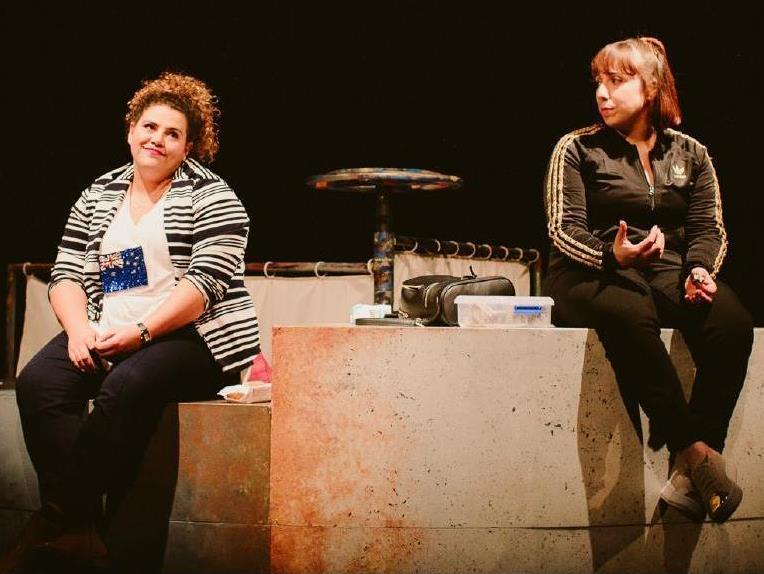 In 2015, the Australia Council for the Arts released research which emphasised the importance of promoting relationships between Indigenous and non-Indigenous companies in order to grow audiences for First Nations art in Australia.

One such relationship is the collaboration between Perth-based company Yirra Yaakin and the State Theatre Company of South Australia (STCSA). Earlier this year the companies co-presented the new play Sista Girl, an exploration of the relationship between Aboriginal and non-Aboriginal Australians, co-written by Elena Carapetis and Alexis West, and focusing on two women from different cultures who share the same, dying father.

As well as a successful example of cross-cultural collaboration, the production also demonstrated the importance of cultural sensitivity when presenting such works.

A family tragedy during rehearsals meant that one of the actors had to walk away from the production before its Adelaide premiere in order to support her family and grieve, but as Yirra Yaakin’s Artistic Director Kyle J Morrison explains, the company was prepared for – indeed expects and budgets for – such difficulties.

‘We’ve been working within our community with perpetual trauma the whole time, so the idea of having that flexibility around last minute funerals is something that we’ve just had to deal with. In the last four years that has just become a natural part of our planning,’ he said.

In the case of Sista Girl, the Perth season of the production was also disrupted with Morrison himself having sorry business to attend to.

‘I had to be in Geraldton for a funeral on the day we started rehearsals, so in that regard we had to work together to make sure that Elena Carapetis could come over, and she basically directed the re-run, you know? She basically went in there – and that was because we just needed to keep work working, we needed to keep the flow going, but you need to grieve. You need to grieve your dead. That’s just something that is humanly important,’ Morrison said.

While the idea of budgeting for sorry business is intrinsic to Yirra Yaakin’s processes, the idea was new to the STCSA, said the company’s Artistic Director, Geordie Brookman.

‘Because of the very specific community needs that come with sorry business we were suddenly thrown into having to deal with that in a supportive and caring way,’ he said.

‘And Yirra Yaakin allow for this in financial terms on every piece of work they create, and I guess it was just one of those moments where you see another company doing something that is not just logical but that is incredibly caring and correct towards its artists – and when you see something that works like that, you just take it on. So it will be something that we’re now putting in place for all of our work with Aboriginal artists in the future.’

Morrison said that adding a line item to production budgets for sorry business was about ensuring cultural and spiritual safety in the rehearsal room.

‘Grief is something that we seriously plan for and we have no luxury of bypassing because it is a part of our everyday life, and it is also a part of our storytelling,’ he explained.

‘If you don’t deal with the grief outside of the room and you’re trying to deal with it on stage, you’re just going to start breaking people, and that’s what we don’t need in the industry – we need strong artists that can keep perpetually telling hard stories for the rest of their lives, you know?’

Morrison said it was important for non-Indigenous theatre makers to recognise that any successful Aboriginal artist is inevitably also a key figure in their family and community, making it all the more important for them to take part in sorry business as it arises.

‘Absolutely, they’re family leaders,’ he said. ‘Like, two out of the last three funerals I’ve attended I’ve carried the coffin or read the eulogy. At one of the last funerals, I carried my sister to the grave so she could bury her son. These are things that I have to do in my family when it comes to that.

‘I’ve got strength, I’ve got capacity around that, and I’ve got an emotional strength, and so do people like Tash Wanganeen, people like Wayne Blair and Wesley Enoch and Rachael Maza and Isaac Drandic – with Isaac Drandic, when sorry business came up, we all had to band together, we all had to support each other, because he’s a leader in the community but he’s also a leader in his family. And when stuff like that happens they’re our leaders, yeah, and they’ve got to be supported.’

Budgeting for sorry business is just one example of the ways Morrison and his team at Yirra Yaakin are looking to embed traditional cultural practices into the company.

‘There’s also programming sleep into the rehearsal process – to allow that dreaming process. It’s a cultural thing. Our mob would sleep during the day most of the time. You’d have a siesta during the day. You’d eat all your food and then you’d have a sleep and then you get your second lot of food ready and then you’d dance and sing all night. Like, how perfect is that life?’ he laughed.

‘I want to kind of replicate that in a way, but that, how do we do that in a way that’s culturally safe but still efficient and productive, you know?’

Working from nine to five in the rehearsal room makes sense in a cold climate like London, but in Australia – particularly in a city like Perth – Morrison questions our acceptance of the practice.

‘In Australia we should probably start at 7 o’clock in the morning and work til midday, have three hours off and work again in the evenings – start looking at different processes and structures for work that are actually more in line with the rhythm of country, the rhythm of the spirit of country, and how the animals work. Like the kangaroos, they sleep for four hours in the afternoon, but they’ve been working in the morning and they’re working at night, and that’s just how country works,’ he said.

Brookman has already committed to budgeting for sorry business in all future STCSA collaborations and productions with First Nations artists, and he hopes to see more Australian theatre companies follow suit.

‘I think it’s something that should be absolutely looked at by all theatre companies – it’s very important,’ he told ArtsHub.

‘We’re usually pretty good at all sorts of other kinds of contingency planning, and this is really just culturally sensitive contingency planning. And we need to be engaging in that kind of detailed support if we are to move forward in the most positive possible way in terms of creating both cross-cultural work and in terms of supporting the creation of Aboriginal work,’ Brookman concluded.