A jobbing actor’s drug and alcohol-fuelled descent into the hell of addiction is explored in a new Australian play.
Richard Watts 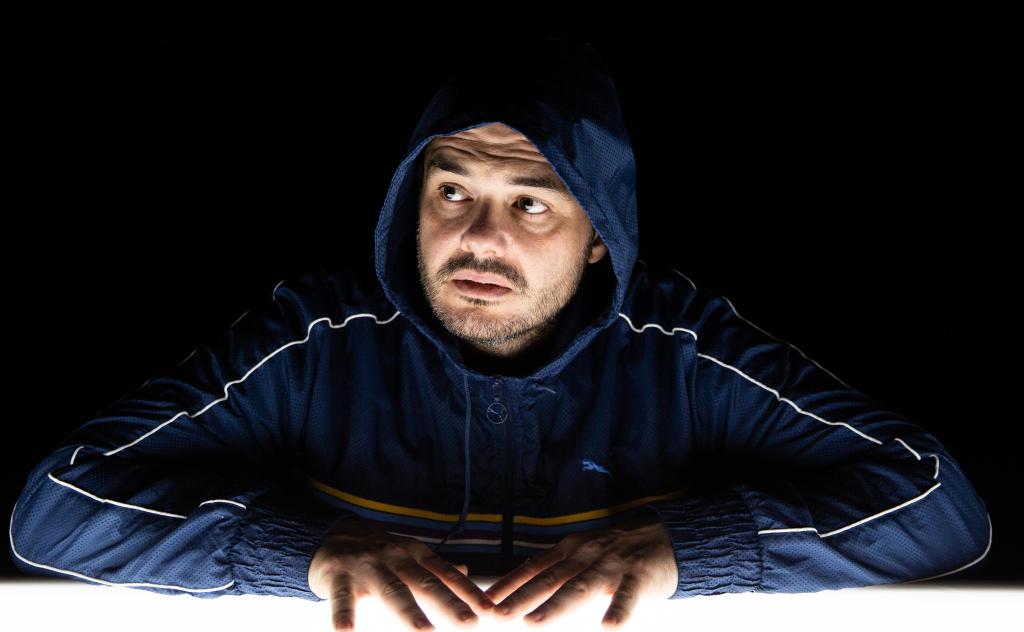 Actor turned playwright Peter Cook is all too well aware of the mental health challenges associated with his profession.

For his professional playwriting debut, Cook has drawn on his lived experience to write a one-man play about a jobbing actor’s struggles with addiction and mental health – though he stresses it’s not exactly an autobiographical story.

‘As I was writing Breaking the Castle and also talking to other actors and performers about the struggles that we all go through, it became really clear that a big part of a lot of my own struggle did have to do with what I’d chosen to do as a career,’ Cook told ArtsHub.

‘I say this in the play quite literally, but as a human being, I put my self-worth into what I’m contributing to society. And when it’s something that you really love to do, and you feel it really makes a difference in people’s lives and to your own life, and you can’t find an outlet to do that, it can have a massive impact. Rejection is a huge thing for instance, and I don’t think it’s something that we’ve talked about enough. There’s not a lot of transparency around a lot of things, you know? There’s not a lot of feedback. And you can just be left hanging in the wind with no support.’

Research conducted by the health promotion charity Entertainment Assist in conjunction with Victoria University has conclusively demonstrated the dangers of working in the performing arts, including greater risks of suicide and higher levels of anxiety and substance abuse in comparison to the general population.

Read: How creatives can stop drinking themselves to death

Cook, who has extensive experience in devising work for young people and in Theatre in Education, hopes his play will help encourage more discussion of these issues in the profession and greater awareness in the general public – especially among men, who are much less likely to discuss concerns about their mental health and wellbeing with friends.

‘As a man, I didn’t reach out, it took me a long time to find help. And all these things add up; you’re not reaching out, you’re not getting help, you start abusing substances to cope and then you fall into this drug culture, for want of a better term, because you’re in this kind of downward spiral that you can’t seem to jump off. And the only way you can get off it is through help.

Cook also wants to encourage the sector to reflect more carefully on the way its treats creatives, such as the often-humiliating experience of auditioning.

‘I’ve had more feedback about where my body’s at than I ever had feedback about the work I was doing. I’m talking about “Well, you’ve put on weight,” and that was basically the only feedback I’d get from a casting agent, not anything to do with the many hours preparation I’d put into a role, or anything like that,’ he explained.

Such problems aren’t just endemic in the performing arts – they’re also an issue in the film and television industry, Cook continued

‘The reality is – especially on Australian TV I think, certainly more so than American TV – that there’s not that many different shapes, sizes and colours on show. And I’ve put that in the play too, because I think it’s something for men that isn’t discussed as much, you know? That how you look and your body image is something that’s absolutely crucial to whether or not you get cast in something – and then obviously your self-esteem can take a real battering from it. And I’m not ashamed to say that that was certainly the case for me.’

Peter Cook in a scene from Breaking the Castle. Image courtesy The Street Theatre.

Having faced his own demons, Cook is delighted to have his first play for adult audiences receive its premiere at The Street Theatre in Canberra, having previously developed an early draft of the work in The Street’s First Seen program.

‘It’s all happened really quickly, in under 12 months, which has been a bit of a whirlwind,’ he said.

‘I would have submitted a 10-page script in February or March last year, I think it had one central monologue and a few random ideas but the central monologue was what the play is based on. Then I got selected for development for the First Seen program and during that week, I worked with a dramaturg, Shelly Higgs, really, really hard. We worked our arses off that week. I think I came in with like 10 pages and ended up with 50.’

After a well-received public showing of the work-in-progress play, The Street’s Artistic Director Caroline Stacey told Cook she wanted to program Breaking the Castle for her 2020 season. The play will also have a short season at Wodonga’s HotHouse Theatre in March.

‘It’s amazing that we’re doing this world premiere of a new Australian work in the nation’s capital, speaking about things that affect everyone from remote towns to suburban households,’ Cook said.

‘I think addiction is something that is easy for us to put in certain boxes. But Australia is the most medicated country in the world, illegally and legally. So, you know, I think addiction is something that we kind of look at one way but if we’re prepared to have a proper look at it, a real look at it, I think we’ll find that it’s a lot closer to home for a lot of us than we really care to admit.’

Breaking the Castle plays The Street Theatre from 28 February – 14 March and HotHouse Theatre from 24-28 March. See websites for details.