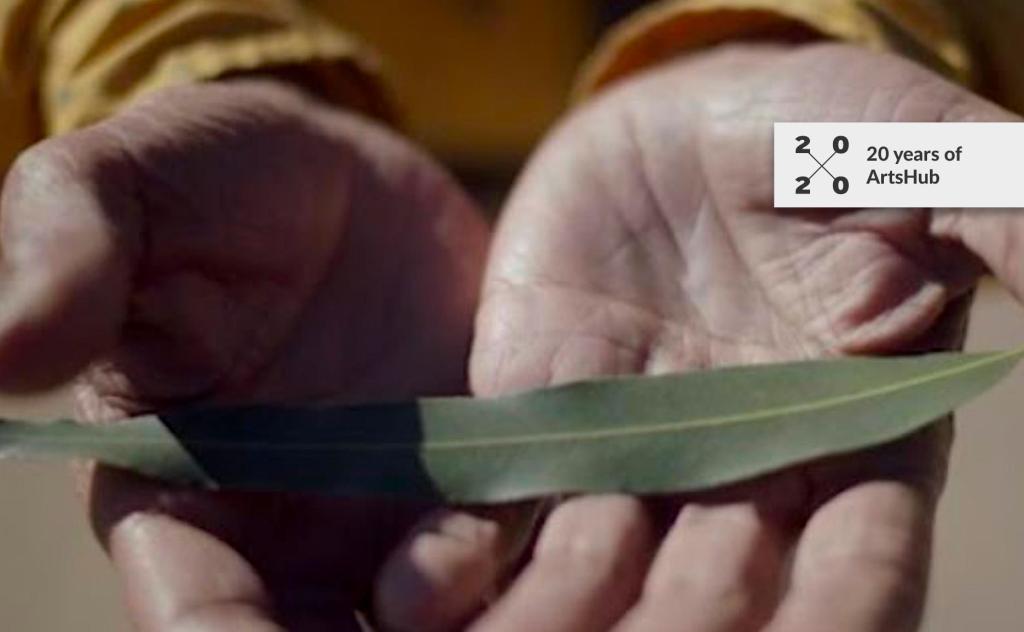 This article is the latest in our 20×20 series, which in ArtsHub’s 20th anniversary year looks back at the cultural milestones and trending topics that have shaped the arts over two decades. Today, we shine a light on First Nations conversations and policy-making in honour of NAIDOC Week.

‘I am here as a First Nations woman, a Worimi from NSW, to speak from my perspective about diversity and fair play in the creative industries,’ said Genevieve Grieves, as she addressed the audience at the inaugural Fair Play Symposium (2019) held at the Wheeler Centre in Melbourne.

Grieves said: ‘For many people, “First Peoples first” has come to stand for action: engaging elders to welcome, programming more Indigenous art, hiring an Indigenous actor for a mainstream role, or ensuring our narratives and shared history are included.

‘All of these actions are positive and make a real contribution to change, however part of this movement is morally imperative, not for surface or tokenistic action, but for a deep reckoning of the injustice that characterises our nation.

‘It is a collective endeavour, but it is also an individual journey to acknowledge that this sovereign land was never ceded.’

Grieves, who is an artist, curator and the Head of First People Department, Melbourne Museum, continued: ‘How do we remember and acknowledge the violence that occurred in this country? If first peoples were really put first in Australia, if the unfinished business of the nation was finally reckoned with, it would transform our society into a space that is almost hard to envision in the present day.’

‘It would be a place where our voices, our knowledge and our cultures would be valued and heard, and our country could be healed.

‘It’s not just about people, it’s about land. There is hope in the statement: first people first.’

Grieves addressed what it means when we say ‘First Peoples first’ by exploring the traumatic history that is so often over-looked. ‘So our experience – First Peoples’ experience – since 1770 has been framed by colonisation. Colonisation is a structure, it’s not an event – it didn’t happen in 1770 and end there, its impacts don’t just exist in the past, they continue into the present. We remain a colonised country. And the process of colonisation, to put it simply, is one of destruction.’

[It is] a deliberate attempt to forget that this country was occupied at the time of invasion, and that violence was enacted on people in order to occupy it. In the 1970s, the revisionist historians worked hard to bring these narratives to light, supporting Indigenous people from across the country who demanded that their voices be heard, and the truth be told.’

Grieves spoke of the Uluru Statement from the Heart and how those demands had still not been met, and the continual struggle First Peoples face in our contemporary times. She said the perpetration of a white-washed narrative meas that a majority of Australian society don’t know the truth of the past.

‘We cannot underestimate the strength of denialism in this county. It operates at a meta-level in our institutions and in our leadership, but also on our citizens who are taught to reject the truths in our history…’

‘Another strong belief aligned with this thinking is that Australia is a white country,’ continued Grieves. ‘And you could be forgiven for thinking that it is because when we look at our power structures, the federal government, the high court, university chancellors, the whiteness is blinding.’

Power structures need to be examined; Grieves emphasised the need for the creative industries to be the space in which all peoples could feel represented. ‘We need to create representations that communicates who we are as people, as communities, as a country. And we need to create a sense of our own identity, individually and collectively.

‘It is our responsibilities to tell our stories; share our knowledge, imagine our future, provide spaces to connect – to laugh, to cry, to rage and to change.’

‘Our representation is also about power, not just the power to create, but to have a stage to have our story heard – it’s also the power of decision making.’

Grieves posed to the audience: ‘Who is at the table? Who is on the board? Where does real power lie and who is awarding it?

‘I want to take this a step further and argue that it’s not enough to incorporate diverse people in the current decision-making structures. These structures themselves need to be examined,’ she said. ‘What are the cultural foundations of these structures? And, how do they need to be re-imagined to apply systemic change?

‘These are not easy questions to answer … There are no easy solutions and quick fixes in this space of restoration and justice, real change requires critical conversations and a sense of uncomfortability,’ Grieves concluded.

Tips on how to buy Indigenous art ethically – Gina Fairley (2015)

Genevieve Grieves was Lead Curator at Bunjilaka, the First Peoples exhibition at Melbourne Museum. She is also a filmmaker. She is a Worimi woman from coastal New South Wales now based in Melbourne.