Stop being reactive; digital mentorship is about strategic investment

ACMI is changing the face of digital mentorship turning to the CEO’s lens, but with a non-hierarchical swagger that will boost the future of creatives.
Gina Fairley 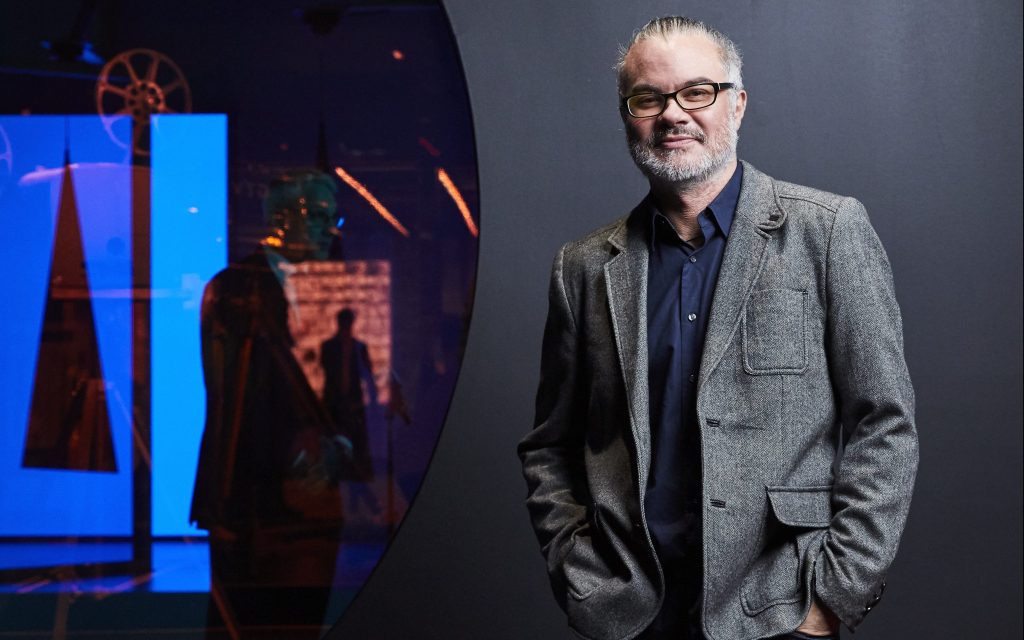 During the pandemic, the reality of networks and sector support has been bought into sharp focus.  We have all needed to lean a little on someone, especially when change is so rapid and fluid, and many of us have moved into a new digital space.

Responding to this need and refocus, Seb Chan – Chief Experience Officer at ACMI (Australian Centre for the Moving Image) in Melbourne – has shaped a new mentoring program that takes the top-down approach, but one that has ensured yesteryear hierarchies are left at the door.

Chan told ArtsHub: ‘We see this as an opportunity for an exchange of ideas – and a space for “working through” what digital transformation really means in arts and culture, and across artforms and practices.’

He continued: ‘The CEOs who end up being selected for this pilot will have a great opportunity to guide this in ways that are useful to their organisations, and also to communicate with each other – as much of the future lies in shared and collective approaches.’

Joining Chan as mentors in the programme are:

The programme, funded by the Ian Potter Foundation, is an investment in building the digital mindsets of the senior decision-making staff, which effectively is about building a sustainable network of peers within the cultural sector and across artforms and practices, explains ACMI.

‘This is a pilot program and if it delivers value then I’d love to see it expand and build up a network of alumni who can advocate for investment from all levels of government in a “new cultural infrastructure” that allows cultural institutions and creative practitioners to collectively benefit from wider scale societal changes resulting from “the digital”, said Chan.

The program in part is a response to the Australia Council’s initiatives around digital capacity building, and their most recent research, In Real Life: Mapping digital cultural engagement in the first decades of the 21st century.

It has been released ahead of a new national Cultural Digital Program, soon to be announced.

Read: New report reveals how the arts can survive and thrive with digital engagement

Chan said that Indigo Holcombe-James’ recent research has shown that ‘the skills to be hybrid are very poorly distributed in our sectors’.

He continues: ‘Through my own work here and overseas, I’ve learned that “digital transformation” is not a state change from caterpillar to butterfly, but a continual organisational change process. In the cultural sector, this change will only flourish as a collective, pan-institutional action. Singular institutional actions have their limits – especially as so much of digital opportunity requires a different way of thinking at scale, as well as different approaches to ‘infrastructure’.

THE FACE OF DIGITAL MENTORSHIP IN OUR TIMES

So much of our digital activity is reactive. Rather, the foundation of this mentorship is centered on strategic digital technology, so organisations can secure a sustainable, innovative, digitally-enabled and thriving sector for the future.

‘I’ve seen a lot of attempts over the past two decades to bring a digital literacy to the arts and cultural sector in Australia and around the world. And yet here we are struggling to take collective advantage of digital.’

Chan continued: ‘In the museum and galleries world, I only know of Courtney Johnston at Te Papa Tongarewa, the National Museum of New Zealand, who is a CEO/director who has come directly from a background in digital.’

He said the trigger for the pilot program was a conversation with the Potter’s Subhadra Mistry.

‘We were talking through what we thought might be ways to make a significant shift in how institutions thought and responded to a COVID recovery in a less reactive, and more structural way. And how this wasn’t just about “digital delivery”, but also about what was needed to support new forms of creative practice.’

Chan told ArtsHub: ‘When I talk about “digital literacy” and “digital competencies” I often use the analogy of when you learn another language, you only become truly fluent when you begin to dream in that language. Digital fluency, to me, is a lot about having the ability to dream and see possibilities in new ways – and then to be able to bring people along with you to realise those dreams.’

Digital fluency, to me, is a lot about having the ability to dream and see possibilities in new ways – and then to be able to bring people along with you to realise those dreams.

Mentoring has changed significantly in the last 10 years – heck even the last five – and we talk about a less hierarchical structure.

Chan explained: ‘The mentors are all experienced digital experts who, importantly have worked inside cultural institutions and as a result are very “context aware”. They have been chosen because they have an understanding of the competing needs, limited budgets, internal power dynamics, and Infrastructural realities that often “external consultants” or representatives of technology companies don’t have. Likewise, all of them have been “makers” in their own right, often in multiple artistic fields.’

Read: How mentorship has changed for arts organisations

HOW TO BE PART OF THE PROGRAM

Each mentee will receive four two-hour one-on-one mentoring sessions over four months. These sessions can be held over Zoom or a mix of in-person and remote sessions depending upon where participants are located and personal availability.

The program will begin with a two-day kick-off workshop with all other mentees and mentors at ACMI in Melbourne. This workshop will include a number of guest speakers from adjacent fields as well as social and cultural activities.

A breakdown of the process is below:

Expression of interest for mentees is now open. Applications will close 11.59pm 28 Jul 2021.

Paula Bray, who has headed up digital experiences across the State Library of NSW, Powerhouse Museum, Art Gallery of NSW and the Australian National Maritime Museum. For the last six years, she has built and run The DX Lab, Australia’s first innovation lab in a cultural institution, and has taken up a new role as the Head of Digital Engagement and Insight and the Australian National Maritime Museum.

Dr. Keir Winesmith, the Tim Fairfax Head of Digital at the National Gallery in Canberra. In 2020 he co-published The Digital Future of Museums, and was previously the Director of Digital Experience at the San Francisco Museum of Modern Art.

Dr. Sarah Barns, former digital strategist for the ABC’s Innovation division, smart cities adviser at Data61, and futures forecaster for the federal government. Her book Platform Urbanism: Negotiating Platform Ecosystems for Connected Cities was published by Palgrave in 2020, and offers new insights to global urban leaders about the relationship between cities and technology in an increasingly data-driven world. As Director of Esem Projects Sarah creates immersive and experiential programming for shared public spaces, and in 2020 launched Storybox.Co to reimagine outdoor media for public good.

Stuart Buchanan, who is responsible for leading and curating the Opera House’s year-round digital program. He has worked with companies such as ABC, Art Gallery of NSW, AFTRS, Biennale of Sydney, Disney, Edinburgh Fringe, The Guardian, MONA, Museum of Contemporary Art, Mute Records, Royal Court Theatre and SBS, and co-founded the award-winning digital cultural agency The Nest.