9 techniques for generating game changing ideas (from the archives)

From group drawing to dissident behaviour, stealing innovation to tricking the brain into being creative, Nicole Velik of The Ideas Bodega offers techniques to super charge your think tank.
Gina Fairley 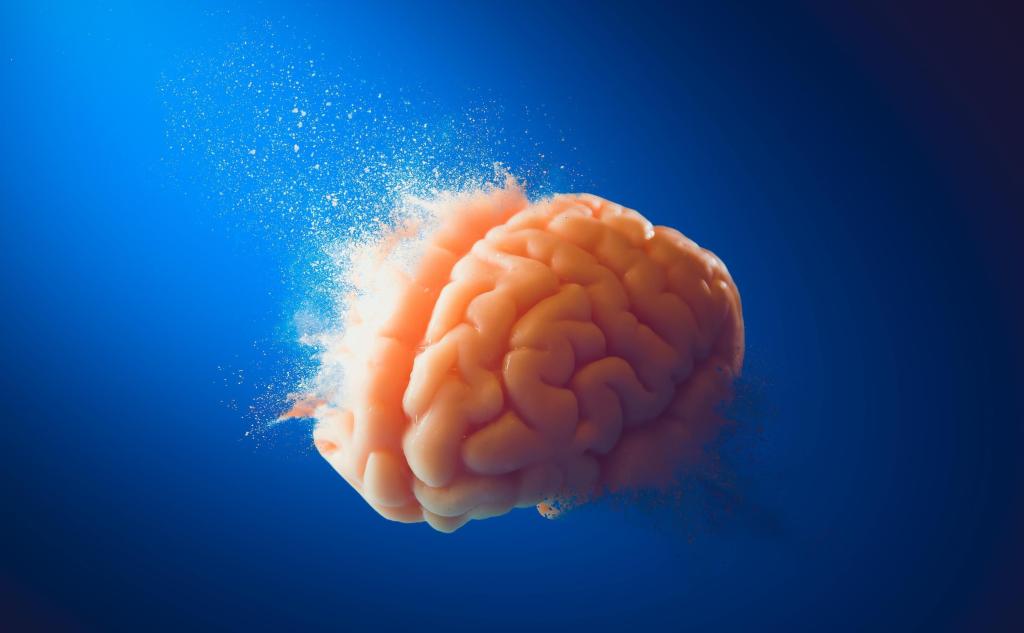 The ability to think creatively is what gives people and organisations a competitive advantage. So how do we do that? Leading Innovation Consultant and Speaker on Creativity, Nicole Velik from The Ideas Bodega believes that it doesn’t matter what industry you work in, or at what level you are in your career, the same lessons apply.

At a Vivid Ideas event, she offered techniques to retrain our brains and find confidence in creative thinking.

Velik said that today we tend to align innovation with ‘disruptive innovation’ – to shake up the model and upturn the market. However, creative thinking can be equally innovative when incremental or accumulative, and it doesn’t need big budgets or cutting edge technology.

Her answer to revolutionising the sector with game changing ideas was in just a few simple techniques to bring to your next planning session – well nine actually.

Velik started her talk instructing everyone to draw the stranger seated next to them; to sign it and hand it over as a gift. As adults we become scared of our creativity, she said. ‘In order to be creative, you need to start with that same confidence we had in our creativity as kids.’

Gone are the days when creativity was reserved for the marketing and design teams for an organisation. Every aspect of a business or organisation must apply creative thinking to be successful today.

Velik called on the longitudinal data of The Divergent Thinking Genius Study (2016), which tracked creativity in 3000 kids at 5 years, then 10 years to 15 years of age, against an adult control group.

The findings noted that at age five our creativity ranks at the genius level, around 98%. But by 10 ears old it has dropped to 30%; at 15 to 15% and as adults to just 2%. It demonstrates how we have been “schooled” into believing that creativity is assigned to those in the art, music and drama class, but today there is need for creativity across industries, said Velik.

‘The problem is we are educated out of the idea that we are creative, rather than nurtured into it,’ she added.

2) Creativity starts with the challenge

Past experience shows that when people are given a brief or a challenge to “workshop” a problem or a new direction, they go straight into “idea mode” and don’t spend enough time looking at the opportunity upfront, according to Velik.

She believes the root of the problem is in how we express that task or challenge. For example, when posed the question “How do we gain loyalty for brand X?”, the word loyalty is the trigger for notions like rewards or frequent flyer programs, leaving little room for fresh thought.

She suggested a simple technique of replacing the prescriptive word in the question by taking a trawl through the thesaurus. Loyalty suddenly opens to devotion, attraction, crush, fidelity, constancy – a whole raft of more inspiring triggers to creative thinking.

Re-expressing the proposition is a cheap way of tapping creativity quickly, Velik added.

Velik said this is classic brainstorming behaviour. ‘Someone comes up with an idea – accelerator – and then a minute later the list of nos – “No we don’t have the budget”, “No we tried something similar in past”, “No the client wouldn’t go for that” so [we] end up just putting a spin on an old idea that’s tried and true,’ said Velik.

She believes the greatest stumbling block to creative thinking and pushing across that barrier is learning the difference between divergent and convergent thinking.

‘Ideas don’t come out fully fleshed – they come out a bit clumsy. We need to learn to bite our tongue and let those ideas breath a little bit. Often it is the craziest idea that leads to a brilliant shift.’

4) Warm up the right side of the brain

Because of this schooled inhibition that only a chosen few are creative, it is near impossible to walk into a room with a bunch of colleagues and be creatively brilliant on cue to rethink your company, your brand or the next project to draw audiences.

Velik proved this with a twist on the simple word association game as a great way of firing up your right brain before getting started. Her technique: Pair off. One person relays a story while the other interjects with random unrelated words: “post it note”, “Michael Jackson” or “turpentine”. The storyteller has to pick up that word and continue on with it.

Albert Einstein said: ‘Problems can not be solved by thinking within the framework in which they were created.’ Velik agrees with Einstein. In order to punch into that stratosphere of new thinking you have to step outside of its familiar framework.

She suggests the easy technique of taking disparate things and putting them together. If you are working in group, or face a room full of conference delegates, Velik suggests to divide into three topics – celebrities, cities, and random objects.

Think of that city or celebrity and write any phrases or words about them, or choose an object in the room and write down any observations.

Next present the product or concept that you need to solve creatively. It might be a new dementia program, a new youth ticketing offer, a new brand concept. Then use the words that you have collected to create the narrative around this offering, rather than the associated ones usually rolled out.

‘Being creative is often just tricking your brain,’ said Velik. 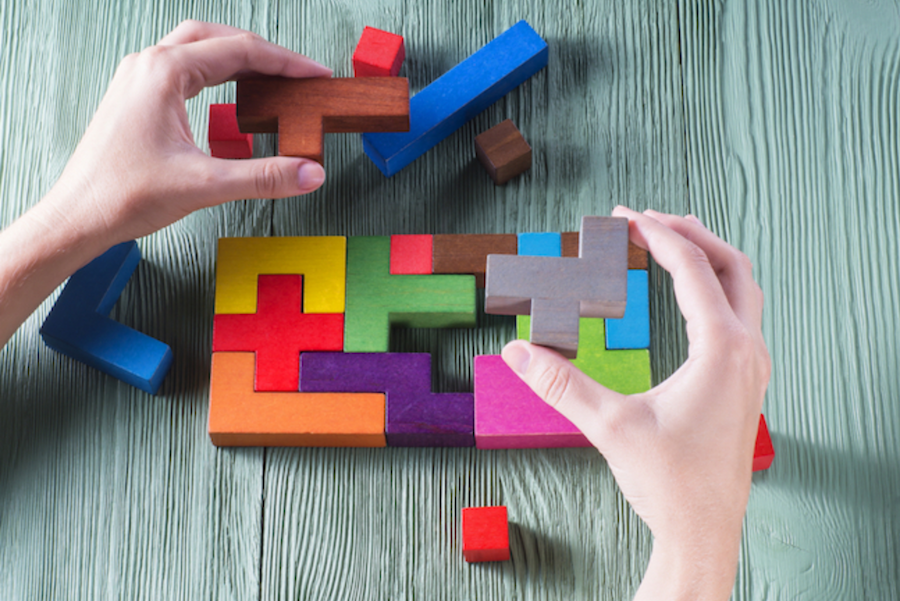 6) Put a constraint on your challenge

When talking about strategy sessions, the term blue sky thinking is often rolled out as the golden headspace to aim towards as a technique.

‘It is an absolute waste of time! It just doesn’t work in the timeframe – one hour with a team in a room is a luxury these days,’ said Velik. ‘What you need is a challenge with constraints.’

If you know there is a really obvious solution – to sample a new food line in a supermarket, create an art prize, give away a branded tote bag – take it off the table.

One example she used was drug smugglers. ‘They are some of the most creative people in the world – every time they have to do it differently. They have this huge roadblock that they have to constantly get around. Just watch boarder control.’

While this is a very different proposition to our world of arts and culture, the technique and the lesson is the same. Hone things back: ‘The bigger constraint, the better creativity’, said Velik.

The default position, when that piercing blankness is ringing in one’s ears for a new idea, is to fall back on one we know.

‘We look at ideas that worked in the past and think how can I put a spin on it, especially if you are time poor or in a job where there is something repetitive. It will never be truly creative when it is not innovative,’ said Velik, adding that its success will always be limited as a result.

Her technique is about removing the shackles. ‘Come up with ideas that will get you fired; that are so deviant, so wrong, so un-PC that they force you to think creatively,’ she said.

“Hire a hacker to remove your paywall, and then set a bug so our content surfs off the back of other media sources and our stories go viral to the readers interested in a like topic.”

Yes, I would be fired for that one, but the outcome would be great. So how do I make the ridiculous suggestion – the deviant option – an outcome? Velik says this kind of back-door thinking to crack open creativity and innovation can surprisingly lead somewhere … other than jail.

8) Getting outside of your own head

‘Sometimes we can spend way too long looking inside our own industry,’ warns Velik. She uses the technique of a “brand take-over” to force us to challenge how we think about our own brand.

For example, if Lego or the Red Cross were to mount a corporate takeover of your arts organisation, then would their senior management bring to your organisation? How have they established brand values? How have they been innovative and stayed fresh?

Again, it is about right-brain thinking, and while it might feel like workshop folly or irrelevant, in the arts where we are so rigidly siloed, Velik’s techniques help find that bridge to broader associations and the audiences that we are always looking for.

9) Steal ideas from outside your industry

‘You need to remember this question: Where in the world has my challenge been faced before?’ said Velik.

She used the example of the inventors of roll-on deodorant who turned to the ballpoint pen for inspiration. ‘They were forced to look at the challenge they faced, but not the industry – where else does a thin amount of liquid come out in a controlled way?’

Velik says that great innovation is knowing how to steal. ‘If you steal within [your] industry it’s really obvious [not to mention unlawful], but if you steal from another industry and bring it into yours for the first time, that looks like innovation.’

Appropriate the tactics – it may look entirely different to what you do – but the principles might be that trigger for successes and offer that edge that you are looking for.

This article was based on a conversation presented at Vivid Ideas, 2019.