Experiencing the Brisbane River in a new light.
Frederica Caso 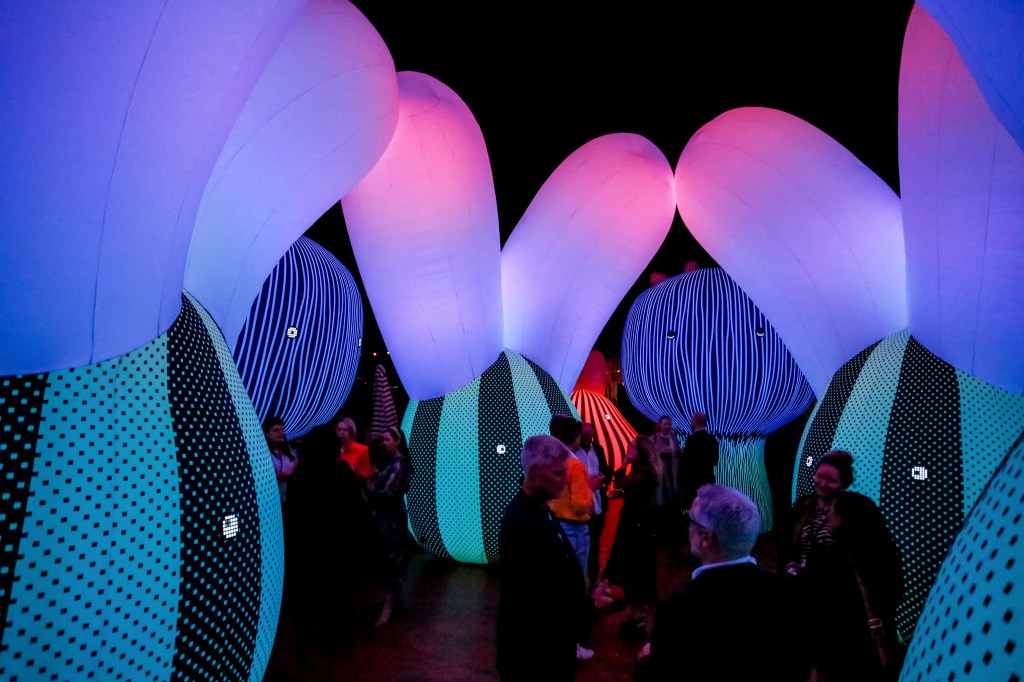 Some of the fluorescent inflatables aboard the Brisbane Art Boat. Picture by Gail Sorronda.

The Brisbane Art Boat is a multi-sensory experience on the Brisbane river involving a tribe of fluorescent unearthly characters, music, a bar, a guest artist, and the night sky.

There are four different loops to choose from, and each cruise features a special guest from the Brisbane Festival. I was on the Northshore Loop which cruised the shores of Hamilton, and the special guest was the talented beat boxer Tom Thum.

The name Art Boat seems like a generous title for this experience which featured many artistic endeavours but had little artistic merit. There was no art show per se, but rather moments of artistic entertainment while cruising on the river.

The cruise involved a soundscape of music and informative entertainment by Tribal Experiences Managing Director and Yuggera and Turrbal man, Shannon Ruska, who recounted some historical events pertinent to Indigenous people that occurred on the north shores of the river upon which we were cruising. This is important history, but the cruise was also hosting two private parties and with kids running around the big fluorescent characters, this distracting setting did not seem the right place to tell his stories

Tom Thum was entertaining and catered well for both the children and the adults on the boat. He created sounds representative of different parts of the world and made us dream of travelling again. He also explained and showed us how beat boxing works.

Overall, the Brisbane Art Boat offers a family-friendly river journey. The installation of fluorescent monsters with blinking eyes was amusing and made the cruise worth attending, especially in the company of children.