ArtsHub previews $60.5M HOTA Gallery ahead of May opening

The Home of the Arts on the Gold Coast is surprising, to say the least. Its bold, brash façade leads to a slick state-of-the-art interior and cements the precinct as a destination venue.
Gina Fairley 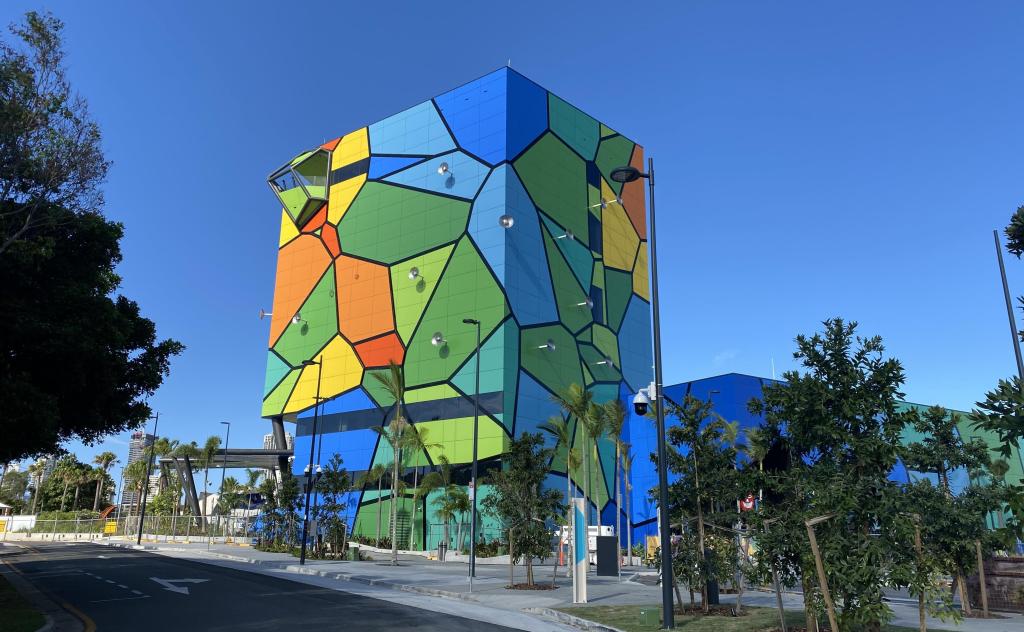 HOTA will open in May, completing the Gold Coast arts precinct. Photo ArtsHub.

Partly shaped by its golden ‘Meter Maids’, the collective perception of the Gold Coast remains synonymous with brash bling, beautiful beaches and bravado. But its new Cultural Precinct proves it is so much more.

On 8 May, HOTA Gallery – the Gold Coast’s Home of the Arts – will explode onto the art scene with a splashy façade and sophisticated museum standards. It completes the HOTA Cultural Precinct, which has been years in the making and encompasses a performing arts centre, cinema, outdoor stage, dining offerings, and now, the gallery.