No shortage of portraits on the Sydney Theatre Company stage as Oscar Wilde is re-envisioned and revered by a remarkable performance, state of the art tech and inspired directorial vision.
Judith Greenaway 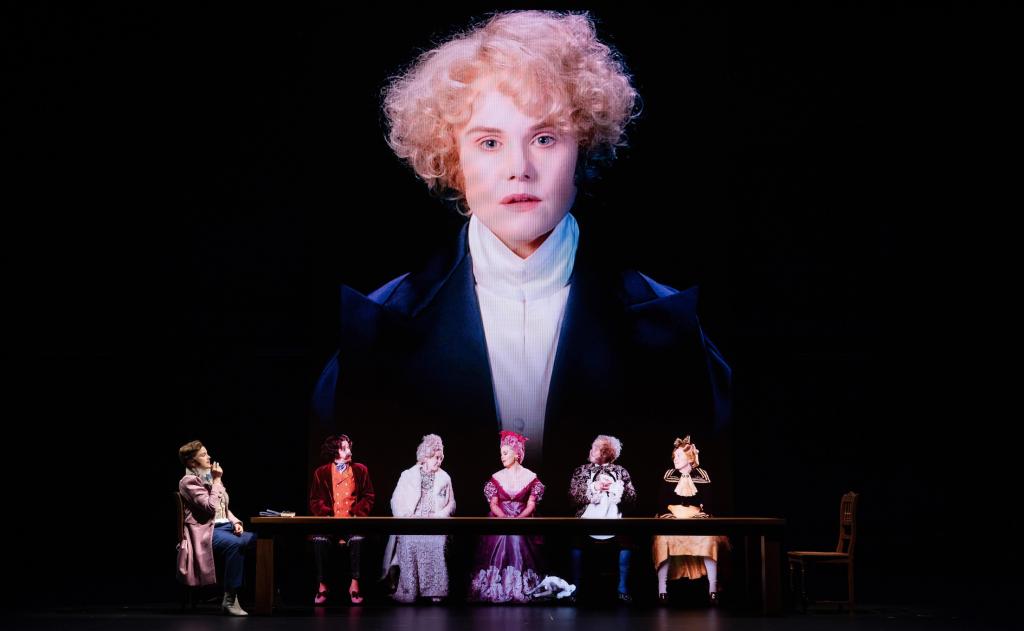 In a production for a modern world, the use of imagery is manifest, salient and engrossing, but the true art of Sydney Theatre Company’s The Picture of Dorian Gray is written in one of the quiet moments.

A forest descends and a lone performer speaks to an audience. There has been enormous fun and theatricality before this, but then, suddenly, the production is hushed and intimate. The simplicity of bare-boards and a passion evocated with needle-sharp skills. Here is classic theatre, but enhanced.

Ranging from monumental to minute, almost the whole novel will be related in this rollicking two-hour rendering of the Wildean classic as Eryn Jean Norvill seduces, manipulates and smirks, but only as Sir Henry. As Dorian she is vacuous, high pitched and facile when we first meet him, with the change of character as he ages-not, of extraordinary depth. The voice lowers, the sentences clip and the inner terror is inadequately quashed.

Norvill will play all the roles, both filmed live and recorded, as huge screens capture every moue and cruelty.  Operators of remarkable skill, tripods and dollies, gimbals and Steadicams, face changing apps and Snapchat, swirl. The mixing flawless.

No requirement for front row seats here as the detail and size of the major screen misses nothing – from Sir Henry’s insouciant nervous finger flicks to the stoop of the aged housekeeper, Mrs Leaf.

The adjunct art of putting objects in and out of frame a thoroughly enjoyable and particular kind of discipline. Brush in left hand, Basil – Cig in right hand, Sir Henry, both elucidated with framing and camera angles which bring a cinematic ease to watching them speak to each other.  The screens dance in a choreographed punctuation that adjoins the story and wrests the 20-odd characters alive. There is even a chase scene or two. 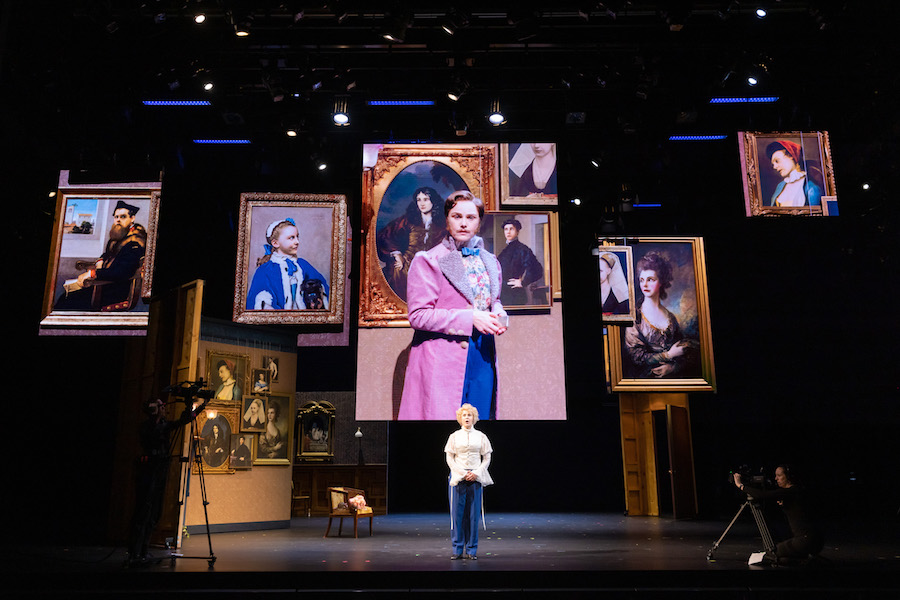 Director Kip Williams has conceptualised The Picture of Dorian Gray with human connection at its heart.

The characters will interact cleverly, technically, but as we see wigs changed and the delicious, strokable costumery donned, and as Narrator and Dorian argue about the storytelling, an audience never loses sight of the human factors. Only humans can reach from the stage or screens with this kind of pathos and delight.

There are gasps and laughs all through, and several times huge applause for some secret theatre business laid bare by cameras, yet, detailed sets and props seem to magically appear as audiences are distracted and dazzled by Norvill’s incarnations.

A production like this may be seen again, the tech is available and constantly improving, but a performance like this? That may be a once in a lifetime event.