Brisbane's Metro Arts has been part of the city's cultural landscape for four decades and now it is re-inventing itself. Penny Everingham looks back at its growth and change.
Penny Everingham 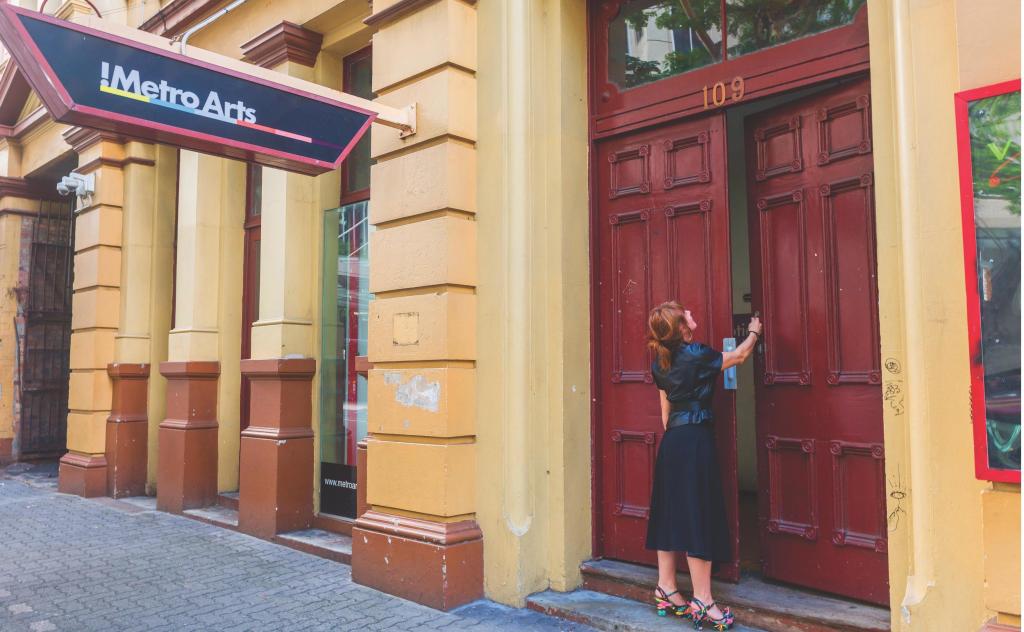 Closing the door on Metro Arts for the last time before it is refurbished. Image supplied.

I moved to Brisbane from Sydney in 1981 and first entered Metro Arts at 109 Edward Street in 1982. I was going to work with the Queensland Marionette Theatre Company (MTC), run by Phillip Edmiston. I was immediately impressed that there was a large, wonderful building in the middle of Brisbane city that was dedicated to community arts. There was no such thing in Sydney.

When MTC closed in the mid-90s, Joseph O’Connor (Metro Arts CEO, 1992–96) asked me if I would like to archive the history of Metro Arts. ‘There’s a play in all that,’ he said, pointing to a number of large filing cabinets full to the brim with folders. There was no money to employ a qualified archivist, but it was important and sounded interesting. Ploughing through old copies of board meeting papers and correspondence, I realised quickly that the staff and directors in the early days had all the same problems associated with the building as they had right up until the building finally closed in 2020. Over the years they just kept getting bigger, more serious, more difficult and more expensive to fix.

The thing that holds top place in the list of recurring problems – flooding, rotting floorboards, the air-conditioning – was of course the lift. In the archives there is correspondence involving the ‘fixing’ of the lift from 1983 right through to 2016. (Now, with the lift finally working, of course the building is sold.)

In 2004, I joined the Metro Arts Board, along with John Dunleavy, who was to be treasurer and later chairperson. In the past, as a performer, I had always been on the receiving end of decisions made by the board and management of the company I was working for at the time. Often there was no artist present on that board and, as a result, very little understanding of the effect board decisions had on the working artists. However, the balance at Metro Arts was different, and there were often three or four artists on the board. I strongly believed that the role of the board at Metro was to uphold the philosophy and mission of the director and the company, and not get in the way of that process.

Sue Benner’s vision (as CEO) was strong and innovative. Sometimes it was a case of holding your breath, crossing your fingers and having faith that the agreed idea or project would succeed. That was the mode of the time – and Sue, along with Robert Kronk (director of programming and operations, 2002–08) and the artistic team, made it work. The building buzzed with activity and attracted many dedicated, wonderful and talented people to join the staff – people prepared to work long and hard for little financial gain. The continual flow of such staff members has been a huge contributor to the success of the organisation over the years. 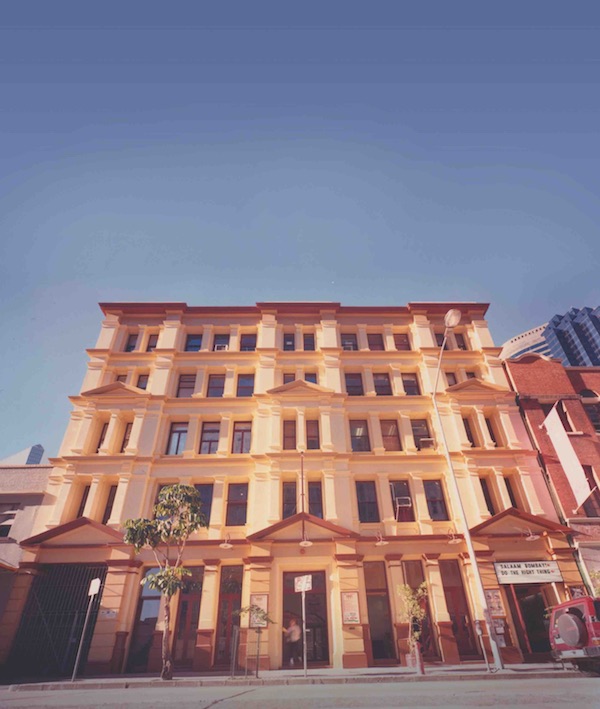 The iconic venue is about to be revamped. Image supplied.

When Sue resigned in 2005, Liz Burcham was appointed as CEO. It was an easy decision for the board and a very logical progression. Liz had experience in commercial publishing and had installed programs such as BAM (Biz Arts Makers), designed to teach independent artists the skills needed to financially support their careers. She continued the Independents program, which had become very popular, attracting many and varied applications. It was the absolute leader in the field. Metro had funding from the Queensland Government via Arts Queensland, but never from the Federal Government. With a deal of tenacity and patience, Liz managed to secure some project funding from Australia Council. No mean feat!

Liz resigned in 2014, with David Fenton appointed in 2015. Though his tenure was brief, he made a big contribution in his short time, restructuring the organisation. His work contributed largely to the four-year funding that Metro achieved from the Australia Council.

When David left, Jo Thomas became the CEO. She had been working in the building for some time, and again it seemed very right for her to take the reins. She was passionate about the arts and had performance experience herself. And what a good choice that turned out to be.

Finally, the ever-present problems relating to the building itself had now reached the point where any further temporary fixing was financially ludicrous, not to mention impossible. The board had for some years talked about the possibility of selling the building, but now we were forced to address that prospect in earnest. It was very obvious we had to capitalise on this asset to save the organisation. This was a huge step for those of us who had worked in and loved the old building for a long time.

But now, Metro Arts has a future life, with endless possibilities, and would appear to be in a more secure position than most during the pandemic crisis of 2020. The irony of that does not escape me, after all the years of struggle and inability to financially compete with the bigger companies. Magic timing!

This is an extract from Art Starts Here: 40 Years of Metro Arts.