Reimagining the dinosaur: opera after COVID-19

In a post-coronavirus world, opera has a unique opportunity to redress and re-birth for lasting change.
Tarita Botsman 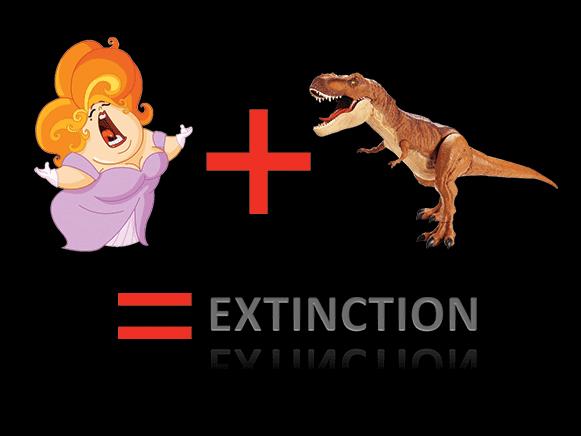 For the Australian music world, it’s as if Apollo, god of music, woke abruptly in December with the coronavirus and sent classical musicians and opera practitioners to their rooms to examine a world without music.

As opera companies close down on by one, orchestras send their players home on extended leave, and small-to-medium arts venues shut their doors, we know we are witnessing an extraordinary time in world history. As we pivot away from the past and reimagine our future, it is imperative that we strive for lasting change.

Opera is a 400-year old archaic, misogynistic dinosaur: a most magnificent beast with shiny, glamorous scales and a mesmerising roar, with a magical song line linking us to and reminding us of its European cultural heritage. However, we need to reimagine the dinosaur.

Opera companies have been, and remain, in a state of crisis. In recent days there has been press about Opera Australia selling off its assets and staff being retrenched to stay afloat. If our major opera company falls, the future is grim for opera in this country.

The development of new works is a vital part of Australia’s cultural identity in the world. It requires all levels of institutions, companies, and governments to adopt major incentives or infrastructures that enable the creation of new Australian-centric work, told from a balanced perspective of both genders.

The development of new works is a vital part of Australia’s cultural identity in the world.

We are now at an unprecedented moment in history where the major companies will have to look to the small-to-medium sectors for new work to survive. Yes, it will be extremely difficult to stay afloat in the coming years for the small-to-medium sectors, but this is the silver lining in the storm clouds we are facing with the coronavirus crisis. Fundamentally, we require a radical shift in thinking and bold new leadership to effect such changes.

If opera is to survive, our opera companies need to fearlessly examine the roles that women play. Operatic roles for women are largely limited to acts of submission on stage. Examples include Butterfly committing hara-kiri as the climactic end to a marriage in which she bore a child to an American soldier, and Puccini’s diva Tosca and the grim unfolding of suicide, murder, execution, and yet another suicide. It is time to challenge our creatives to turn the mirror and find a more balanced perspective when interpreting opera narratives.

The 2018 Opera Australia season employed one female conductor out of 20 productions; one female director; and no female assistant directors, sound designers, or revival directors; but 11 female costume designers compared to five male. Their 2020 Sydney season over eight productions employs 85 creatives, of which 12 are female, a total of 14%, again with a predominance of costume designers rather than other creative positions.

Blackwood, Lim, Polias, and van Reyk in 2019 put forth a timely series of demands for opera in Australia to evolve ‘on our stages, in our creative teams, and on our panels’. Time will tell if strategies can be implemented to effect systemic change.

The other elephant in the room is that Australian talent – trained here, often with massive taxpayer assistance – is overlooked for work, with opera companies employing offshore artists. It’s not just singers. Talent from every facet of the sector including directors, composers, instrumentalists, designers, and technicians are consistently overlooked in favour of people from overseas. With the overseas travel ban that could stay in place for up to 18 months, this will need to be redressed quickly.

Australian-based artists and overseas-based Australian artists are often not even considered in the casting processes. Instead, they have been discarded like pieces of fast fashion hurled onto a sad, ever-growing pile. These worthy artists have proven themselves on the operatic stage, and their consistent rejection hurts all artists who choose to remain in Australia.

The numbers are ugly and do not lie. The 2016 National Opera Review states that the number of performances by Australian singers in leading roles at Opera Australia plummeted from 778 to 383 between 2010 and 2016, a decline of 51%. At the same time, the number of performances by international singers in leading roles at the company has grown more than four fold, from 60 to 251.

These worthy artists have proven themselves on the operatic stage, and their consistent rejection hurts all artists who choose to remain in Australia.

In the London-based classical-music publication Bachtrack, internationally renowned Australian tenor Stuart Skelton recently criticised Opera Australia for flying in ‘every second-rate singer from anywhere to sing stuff when we’ve got people in Australia who sing those roles just as well’.

Australia is massively disadvantaged by the tyranny of distance. However, this very disadvantage offers an excellent opportunity to program operas that feature Australian-based opera singers. This would create an economic counterforce that would help in the creation of works of art unique to this region, while also protecting local income. But it will require a serious shift, not only in the thinking of opera companies’ leaders and conservatories, but also in their very leadership styles.

Genres such as theatre, literature, and film have reinvented themselves – without causing a crisis – using early works as benchmarks for style and structure to inspire and innovate new visions of those genres that can attract younger audiences. Now we are living through a crisis, opera can do likewise. Without such reinvention, opera will be seen as null and void by the masses.

The opera world desperately needs a rebirth from the top down and a meta-modern revival that examines a new way of dealing with the past in alignment with current dominant sensibilities in the digital age.

If we don’t redress the dinosaur for the modern age, it will surely face extinction.

Tarita Botsman is a Brisbane based writer, director, composer, actress and opera singer who is currently completing her PhD in Music at the University of Queensland. She is the Chair of the Classical Music Committee of the Australian Women in Music Awards, founder and artistic director of The 7 Sopranos and a former Young Australian of the Year for her contribution to the arts in Australia.