Why we desire to be exhausted by art fairs

Sydney Contemporary art fair is about to open its doors, showcasing over 450 artists and attracting more than just sector – it encapsulates a new culture of holistic arts engagement.
Gina Fairley
[This is archived content and may not display in the originally intended format.] 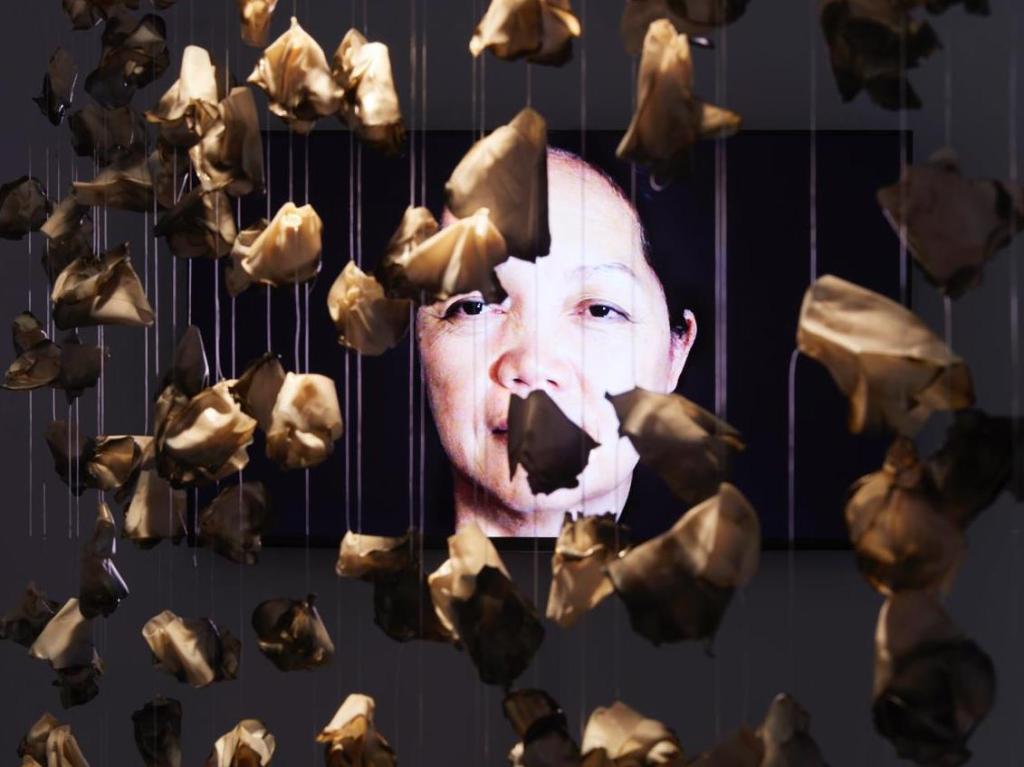 Sydney Contemporary has been doing it for five years now.  And from Thursday, 12 until Sunday 15 September 2019, art lovers will again be tantilised as they walk the aisles to over 95 galleries from 34 countries, showing over 450 artists across Sydney’s Carriageworks venue.

The art world talks of ‘fair fatigue’ – that retinal burn of taking in so much visually and feet that bark from racking up the kilometers and throwing your Fitbit into record step counts. But exhaustion is also exhilarating.

CEO Sydney Contemporary, Barry Keldoulis said: ‘Well, the very nature of contemporary art means that each iteration of the fair will be different, particularly as these days galleries and artists appreciate that collectors come to the fair to see new work!’

It all kicks off on Opening Night – Thursday, 12 September 5pm-9pm – where highlights include Nell’s new architectural and sonic structure Rock Gate activated by a guitarist, Tony Albert’s first Sydney foray into performance with Confessions, a Campari bar, and more.

Keldoulis explained that the opening night has ‘a preponderance of performance’.

Among his tips for highlights was the Fair’s ‘first engagement with Little Orange, a fantastically varied group of practicing artists from Campbelltown that identify with having disabilities, and who will enliven the space with a cocktail bar, instagramable vogueing spot and a distinctly different tarot card readings!’ 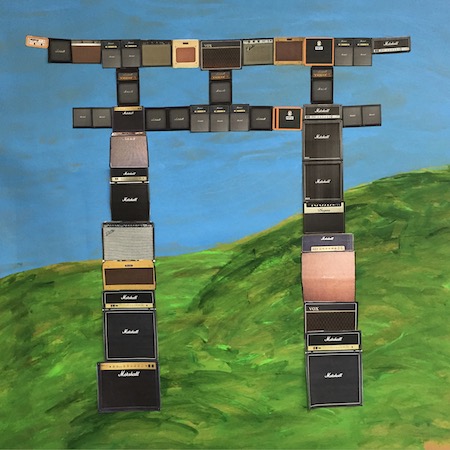 Keldoulis says you can’t beat the physicality of viewing work in the flesh and connecting with your peers at an art fair.

‘Networking is a newish term for the very old necessity of face-to-face contact with people engaged in the same sphere of interests,’ said Keldoulis.

He said that opportunity this year has been extended beyond the big gallery line-up. ‘We’ve introduced a new sector called NEXT, where we’ve asked the galleries for a work by a young artist they are excited about, and we’ve received almost 50 examples from around the globe. The works will be hung ‘Salon’ style around the café, and it’ll be a fascinating glimpse of what the next generation are doing!’

Also punctuated across the Carriageworks venue are major new installations and sculptures that have been commissioned – works by Claire Healy and Sean Corderio, Daniel Boyd, Gregory Hodge and Movana Chen, for example.

Nell’s Rock Gate is comprised of new and used Marshall amplifiers assembled into a torii gate and activated by a guitarist. Borrowing from the rituals of Japanese religion and an anarchic punk mentality, the work will be both periodically silent and loud – a convergence of East and West, religion and rock’n’ roll, the individual and the communal, ancient and contemporary, masculine and feminine. 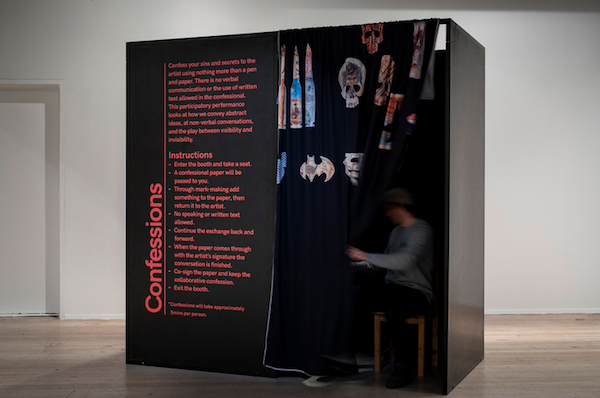 On opening night Tony Albert will invite participations into a confessional booth to create a silent, abstract conversation with the artist, purely through mark making. The participant will then get to take away their personalised collaborative artwork.

ArtsHub members get a 20% discount on tickets.

While Hong Kong-born artist, Chun Yin Rainbow Chan will present A Kingdom of Flowers for My Mother: Part II, where he to teach audience members a Weitou lullaby through a veil of 144 smoked latex flowers, playing off notions of mistranslation.

In other words, Sydney Contemporary this year is not only supporting contemporary art practice – but is fun – fun to be part of as a participant.

The ticketed event is open to the public and offers guests an exciting opportunity to be part of the energetic art world.