A member of New York’s iconic feminist collective will headline Sydney Contemporary’s Talks program posing questions about race, representation and the F Word: Feminism.
Gina Fairley
[This is archived content and may not display in the originally intended format.] 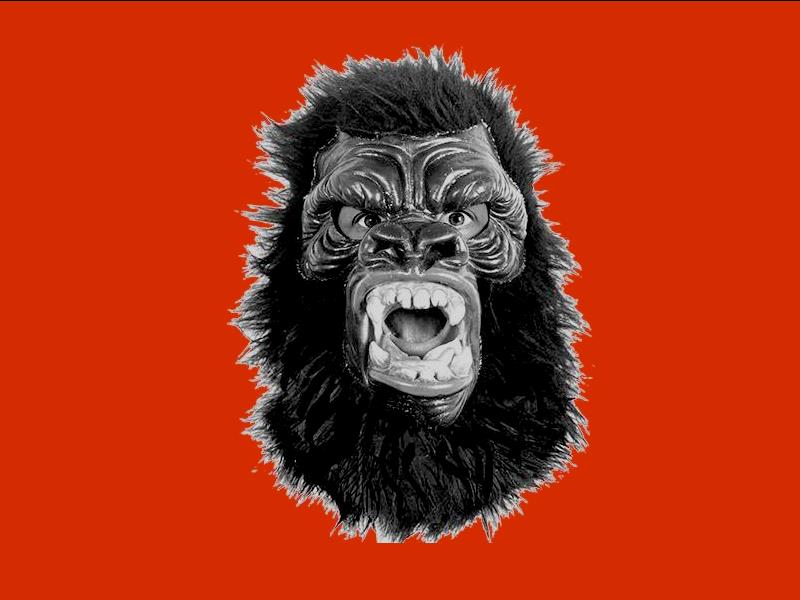 In a world where gender inequality shoulders up to an ever-vocal artist activist movement, Sydney Contemporary art fair, in partnership with Copyright Agency, has used its Talks Contemporary program to pull together global and local concerns.

In a considerable coup, Gerda Taro, a current member of Guerilla Girls Broadband and a founding member of the Guerilla Girls  – the trailblazing New York feminist collective that has monitored blue chip museums and commercial galleries since the mid 1980s – will be in conversation with Alison Wright, the National Gallery of Australia’s Assistant Director and Australian champion of the #knowmyname campaign, on Friday 13 September, 6-7pm. This is a ticketed event.

The Guerilla Girls built a global reputation as an industry watch dog on gender disparity in the visual arts, and has also held up a critical lens to racial whitewashing.

This Sydney conversation, Art and Activism, is programmed alongside a panel discussion that addresses another form of inequality.

Indigenous Languages and the Visual Voice convenes a panel of First Nations artists who use their visual voice to address inappropriate representation and disparity, placing the artist’s worldview at the centre of the conversation.

These two talks suture the local to the global, and by placing them within the market context of an art fair, reminds us of our empowered choices as art lovers, artists and collectors. 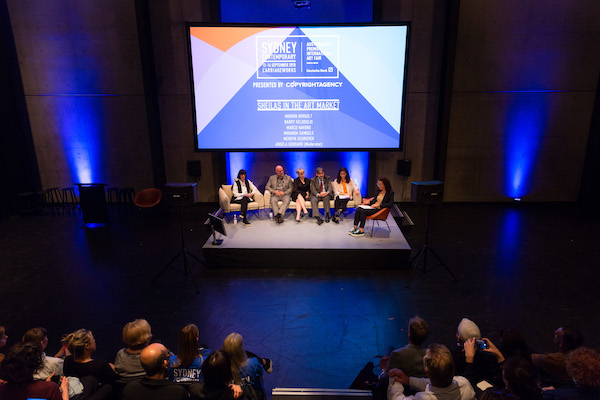 Reinventing the “F” word – Feminism in the arts

In the spring of 1985, seven women launched the Guerilla Girls in response to the Museum of Modern Art’s exhibition, An International Survey of Recent Painting and Sculpture, which roll call included just 13 women of the 165 artists exhibited.

The Guerilla Girls’ most recent poster campaign asked, If You Keep Women Out They Get Resentful (2018).

Have we become resentful, or is three decades just too long to ask for equality? And when we turn that lens on our Indigenous artists, the question shifts further back another 200 years. 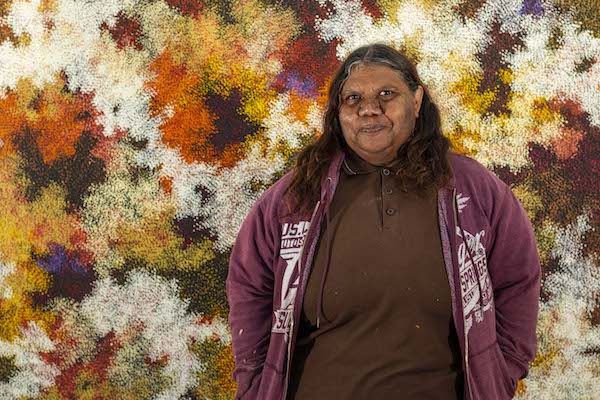 ‘Just a few years ago, these beautiful paintings were relegated to the trestle tables of market places,’ Skye Omeara, Director of APY Gallery, told ArtsHub. ‘Now we can see smart and sophisticated bodies of work.’

APY Gallery is a national shopfront for the APY Lands Collective that works in both of access and advocacy. This year is the first time they will be represented at Sydney Contemporary. APY Gallery have a space in Sydney and in March this year opened a space in Adelaide.

‘First Nations artists have struggled to be at the same table afforded to non-Indigenous artists,’ said Omeara. ‘And emerging artists have been so poorly represented in the past. What the art centres wanted to do was to grow our capacity this past last 12 months – to be strategic about events and more aligned with the broader art market.’

Omeara pointed out that leading the conversation for Talk Contemporary is a woman-strong Indigenous panel, which includes Chair of the APY Collective Board, Sally Scales.

‘It is a role that is politically really important. She is also one of the leaders driving the Uluru Statement – she is fierce, she is brave and so smart. Sally brings an honest voice to the challenges faced and represents young people and their hope for remote communities,’ said Omeara.

Omeara said these three woman are every bit as strong in advocating a voice of truth as the Guerilla Girls.

Talk Contemporary opens a headspace that speaks very much of global-local conversations, a kind of push-pull that has little to do with distance and more to do with attitude.

These notions are also played out through NGA’s #knowmyname campaign, which similarly turns to text to invoke memory and affirmation.

The #KnowMyName campaign builds on the work of the National Museum for Women in the Arts in Washington D.C. which, in 2016, asked people if they could name five women artists. Its ongoing objective is to recognise and celebrate Australian women artists, through social media, exhibitions, research and creative collaborations.

Wright told ArtsHub: ‘The National Gallery of Australia’s mission is to lead a progressive cultural agenda and so it is important we are facilitating and participating in conversations that explore issues with many audiences. We think it valuable to ask if we are all doing enough when it comes to equality.’ 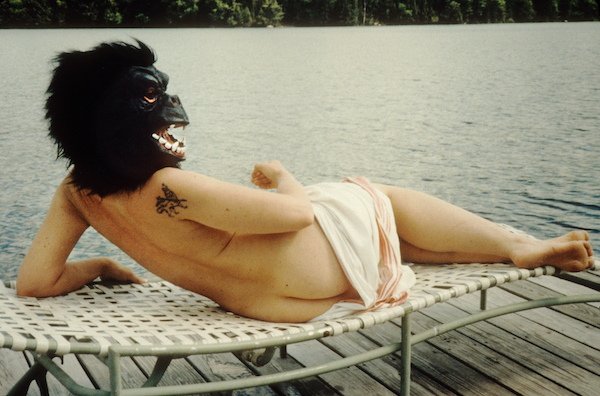 The Guerilla Girls describe what they do as culture jamming, their art activism taking the form of posters, books, billboards and public appearances to expose discrimination and corruption.

They added stealth projections to their actions in 2015, emblazoning the  façade of the Whitney Museum in New York with slogans about income inequality and the super rich hijacking art.

‘It’s great to be talking with Gerda as someone who has been passionate and committed to the cause of gender equality and who has seen changes in the art world since the Guerrilla Girls first started putting up posters after dark – something they are still doing,’ said Wright.

The art fair setting is an apt platform for these conversations.

This year’s talk escalates conversations that were started last year. The panel Sheilas in the art market demonstrated Sydney Contemporary’s desire to firmly address gender and racial disparity, in what might be considered the coalface of collecting.

CEO and Group Fairs Director, Art Fairs Australia, Barry Keldoulis: ‘Sexism and racism have long been deeply entrenched across most sectors of society, including the arts. The Fair attracts people from the full spectrum of the artworld and is a good place to continue the discussions of the way forward.’

‘People are really interested in the #KnowMyName project and eager to learn more about Australian women artists,’ added Wright.

All these projects  –  #KnowMyName, the work of the Guerilla Girls, and Australia’s own gender watchdog, The Countess Report – move well beyond the token ‘box tick’ exhibition or single action that marks that a ‘problem’ is addressed.

Conversations like these are about shifting institutional attitudes. To recall the Guerilla Girls poster, When racism and sexism are no longer fashionable, what will your art collection be worth? (1985-1989).

Wright said the gallery will continue to roll out projects that offer the slow burn to the sector’s retina.

Talk Contemporary is presented by Copyright Agency’s Cultural Fund and will roll out 14 thought-provoking talks within the domain of contemporary art today, from 12-15 September.

Talk Contemporary events are included with the purchase of a ticket to Sydney Contemporary (no bookings required), with the exception of the headline event; Art and Activism, for which an additional ticket is required.

The fifth edition of Sydney Contemporary will showcase 98 leading Australian and international galleries, exhibiting the work of over 450 artists from 34 countries under one roof at Carriageworks from 12 -15 September 2019.