Peter Day – a creative chameleon with an activist heart

Not just one of Australia’s great public art practitioners, this ten year survey demonstrates that Day is right on point with one of the art world’s most pressing global concerns.
Gina Fairley
[This is archived content and may not display in the originally intended format.] 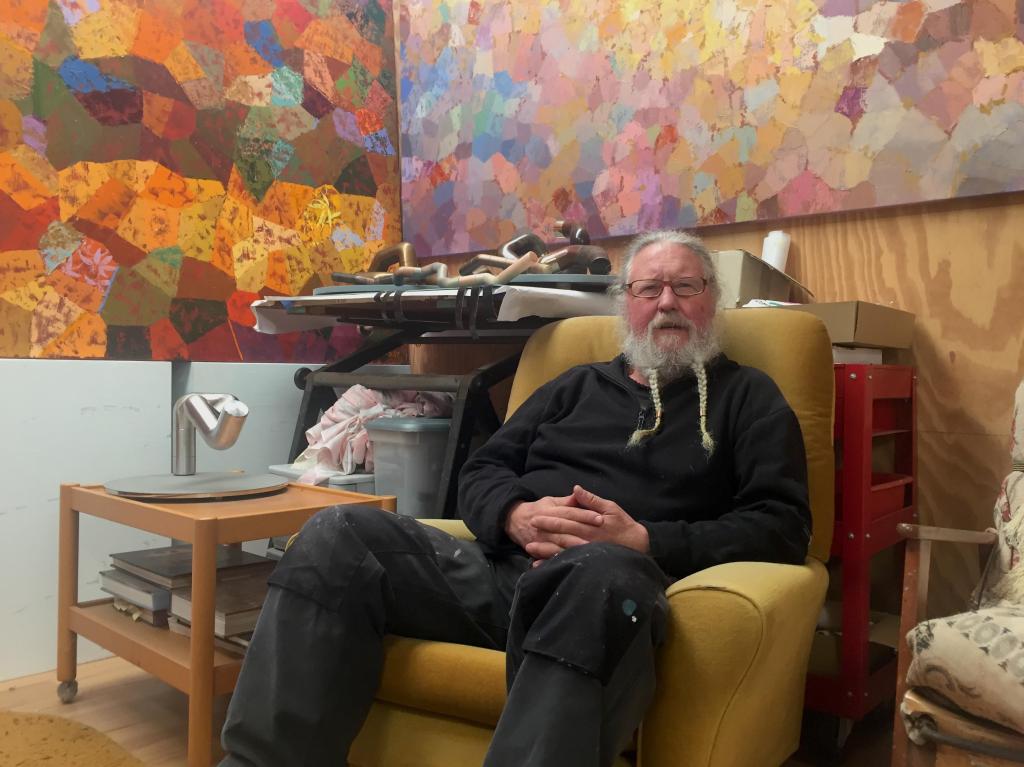 In March this year, tens of thousands of young Australians walked out of their classrooms demanding action on climate change. A few months later in Venice, the oldest biennale in the art world called the world to account through an overwhelming show of environmentally-themed artworks.

Sydney artist Peter Day is part of this global zeitgeist, however, he cottoned on to the problem 50 years ago, using his paintings, sculptures, and public artworks to communicate his concerns.

‘To be truthful, it is the act of making itself, rather than the political news feeds that directs the work,’ Day told ArtsHub. ‘But that love of making can’t exist without a reason to do it – so it’s twofold – the concern and the love of interpreting it.’

A survey exhibition of Day’s paintings and sculptures opens next month at Gallery Lane Cove, and loosely charts the past decade of his conversation with our beaches, waterways and central deserts.

Plenty’s changed but nothing has

In the 1960s, Pop Art star Ken Reinhard would take the young Peter Day to exhibition openings after school, before depositing him on the train back home. ‘It was the 60s, and galleries were everywhere and people were buying art. Anyone could get a show and artists were the thing! It was slightly post-Beat Generation, a bit hippy and culturally really alive. I don’t see that anymore,’ said Day.

He laments the fact that the gallery world has changed so dramatically, and that the challenge to find representation is one faced by many artists today in a world increasingly driven by market and marketing.

Reinhard was a big influence on Day’s early career, as was Arthur Murch, one of the earliest artists to venture into Australia’s deserts. Their legacy can be seen in Day’s survey exhibition, from his quirky post-readymade sculptures – assemblages of found objects that are then cast in bronze – and his insistent return to abstracted paintings of water and desert. 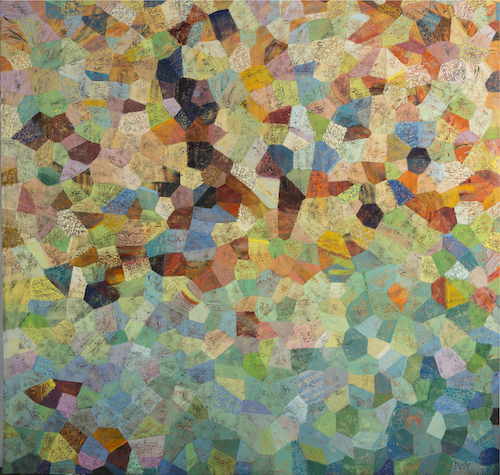 ‘I have changed my style from that hard-edge, rhomboid-style painting with square brushes and a mahlstick, to slapping the paint on with a palette knife and being freer,’ Day explained.

‘Painting has always been very meditative for me; radio or music on, cup of coffee, the repetition, the exactitude, puddling in paint, the colour, Oh the colour!…great way to spend time,’ he continued.

Today Day works with computer-generated fractal shapes, which pushes forward from a more traditional, gestural, mark-making process. They are often expansive, at times visually dense and kaleidoscopic, while others have an aerial quality that references Aboriginal art.

His work displays a rich visual vocabulary, one fueled by time spent in the outback and wandering the nation’s foreshores, although he is perhaps better known for his prolific public art practice.

Day speaks with a raw honesty about the systemic need to pigeonhole artists today, and this survey exhibition fights back against such lazy practices.

The pairing of paintings with Day’s prolific assemblage-making – a hangover from being trained as an industrial designer, he laughs – is a profound expression of how artists today have the capacity to work in a multi-disciplinary manner.

‘My sculptural work tends to be less abstract, often referring to the ravages of time in harsh environments, rural paraphernalia or curious anomalies in historical or psychological contexts,’ Day explains.

Choosing bronze as his medium, he is attracted to its ‘credibility’.

‘You could be casting a cup of tea and a biscuit and it immediately becomes an object of desire; it’s an object that demands attention for its weighty history as a medium, and because it is expensive and complicated technically – it demands people to consider it.’

He uses that weight and attention to throw consideration back on environmental and social concerns; issues which are central to many of his sculptures, and yet they remain playful and skirt the scourge of elitism.

‘It is really important that work has to grab people; to be interesting, to entertain. The grey stuff just doesn’t cut it for me,’ said Day.

A suite of three mounted, cast bronze cups, Insolution, Hermannsburg and Helensburgh are a great example. 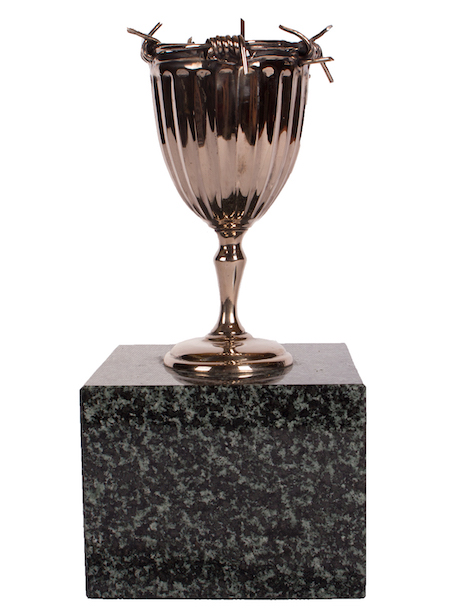 ‘How do you drink out of cup with a barbed wire lip or holes in it? Use a straw. It is these kinds of inventive solutions that we need to explore. The straw symbolically speaks to the need for more desalination plants to suck up sea water and take it where it is needed,’ explained Day.

BeachSANDeserts is a dynamic exhibition showcasing a prolific career. It speaks of a full experience – of viewing and thinking as an audience; of making and sustaining a career as an artist; and as a reminder to us as members of a global community that our environment is one to be celebrated, not destroyed.

BeachSANDeserts is showing at Gallery Lane Cove, 3 – 27 July 2019. Learn more about the artist at www.PeterDay.com.au