A soundscape, brand new quartet and two classics.
David Barmby
[This is archived content and may not display in the originally intended format.] 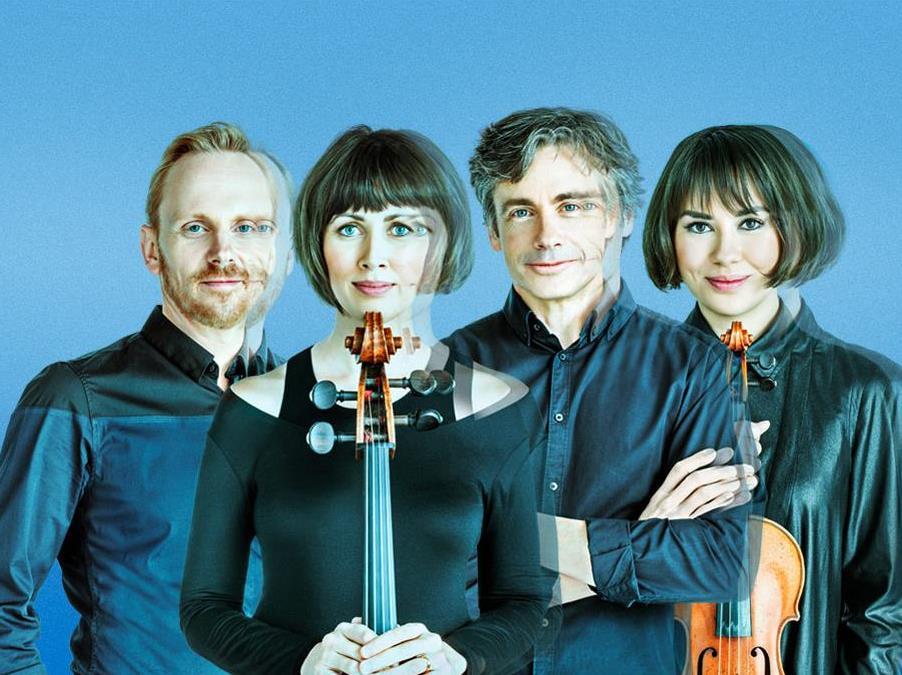 The ensemble now complete once again with the welcome return of the Quartet’s cellist Sharon Grigoryan,  after leave, the ASQ gave a fine performance in the City Recital Hall on Thursday evening.

The performance comprised two commissioned works completed this year by sound artist Brendan Woithe and Australian-Dutch Kate Moore, Beethoven’s String Quartet in C minor, Op 18 No 4 and finally Brahms’s String Quartet also in C minor, Op 51 No 1. The program therefore fell into two parts with the two first works inspired by the environment – particularly the life cycle of the cicada – and the Beethoven and Brahms strongly connected by their technical language and compositional lineage.

It was novel to commence a string quartet recital with the stage bare and a purely electronic work. Brendan Woithe’s Prelude (2019) was commissioned ‘as an auditory transition to the Kate Moore quartet’. Created from field recordings and samples and ‘instructed improvisations from the ASQ’, what resulted was an intriguing soundscape that contained some of the most attractive and interesting music of the two modern works presented.

Kate Moore’s new single-movement work String Quartet No 3, Cicadidae (2019) was overly long with Philip Glass-like antiphonal repetition that created a static block of intricate manipulation of rhythmic units over a slowly moving harmonic language. Apart from that there was little material to follow and it was more a static process of hearing it through to the end. The Quartet gave a fine performance with meticulous rapport.

From as early as 1796, Beethoven began to have trouble with his hearing, keeping this a secret. He travelled to Vienna ostensibly to study with Haydn. The ambitious and somewhat resistive Beethoven found the lessons with this acknowledged master of Classical style less than satisfactory. Beethoven’s compositions compared to Haydn’s and Mozart’s were raucous and protracted, replete with hard rhythmic attacks and unsteady dramatic contrasts. Added to his already perceived lack of good manners and unimpressive social standing, his encroaching deafness rendered him even more of a social outcast. A series of unrequited relationships reduced his confidence even further.

Though still wedded to the Classical Form this fourth Quartet in the Op 18 set of six in the key of C minor has an overall temperament of stern grimness and high drama. The Australian String Quartet’s performance of the work was superb articulating all of the intensely dramatic twists and turns while never neglectful of the work’s passages of flippancy and delicacy. The final Allegro was brilliant, a true outpouring of ebullience.

As I had heard and reviewed the ASQ’s finessed performance of Brahms Op 51 No 1 a month ago at the 2019 Four Winds Festival I called it a night at half time.