Book Review: A Universe of Sufficient Size by Miriam Sved

Miriam Sved’s second novel explores mathematics, antisemitism, and the complex relationships of friends and families across time.
Erich Mayer
[This is archived content and may not display in the originally intended format.] 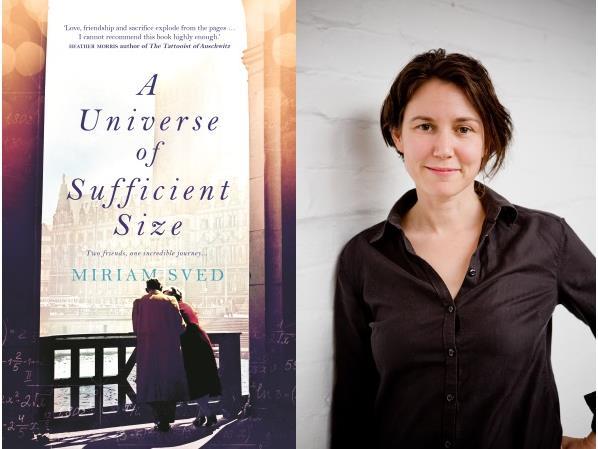 In her first novel, Game Day, Miriam Sved demonstrated her ability to write as convincingly about Australian Rules Football as if she were an experienced player. In A Universe of Sufficient Size, she writes lucidly about the sort of work that world-famous mathematicians discuss, despite the fact that when she was about age 15 and failing maths, she needed special tutoring. But while this novel includes mathematicians discussing their insights with each other, it is at its heart about the complex relationships of friends and families over time and in a variety of circumstances.

Sved crafts the story of one family and their friends across three settings: Budapest in 1938, Brooklyn in 1950 and Sydney in 2007. The reader is taken from one timeline to another as they progress through the novel. Each thread makes for interesting and exciting reading in itself. What takes place in Budapest, in the shade of the Holocaust, makes you want to scream at the idealistic young Jewish people who are waking up too slowly to the horrors to come, in spite of the antisemitic laws they already suffer. The Brooklyn episodes function more as a way station between Budapest and Sydney; they depict a different sort of family life. And the action in Sydney, in what feels very much like the present, brings three generations of the family together. Sved has captured what it is like to be old, middle-aged and young. As the three threads merge the reader begins to understand the circumstances that have shaped the relationships of the various characters.

A Universe of Sufficient Size explores various kinds of love as well as being a mystery novel. It also presents some insights into a subtle type of antisemitism: ‘On my father’s side, the paternal grandmother was of the Israelite faith’, Sved writes. ‘But my father converted when he was young and in no more than two generations all of that has been bred out of the family’. And, of course, there are the fascinating mathematical discussions. These should not deter the less numerate reader. For example: ‘We might be able to prove that complete disorder is impossible, given the right conditions, a large enough set. Something that looks like randomness – a cluster of stars or cells, some chaotic nucleus – might need one more variable only and here we are at life, at the universe, meaning and order.’

Book reviews usually give some indication of the plot in a way that does not spoil the story for the reader. But it is hard to do justice to the intricacies of A Universe of Sufficient Size without giving too much away. What can be said is that the events described are realistic, could have happened, and indeed in some cases did. If ever there is a novel you should not miss, this is it.