Review: The Gospel According to Paul, Canberra Theatre

Keating has risen again to save us from political shambles, but is Jonathan Biggins stretching the joke too far?
George Dunford
[This is archived content and may not display in the originally intended format.] 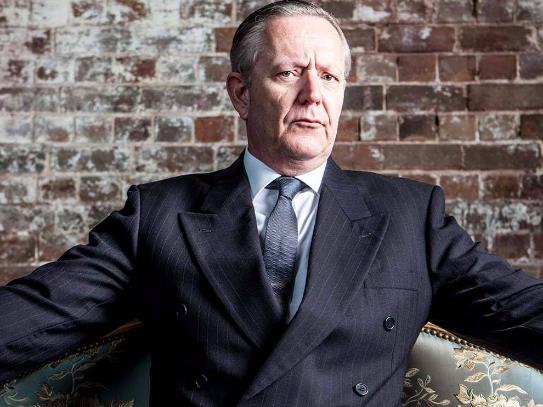 Few characters in Australian political history have turned a phrase and a dagger as elegantly as Paul Keating. He’s been the subject of Casey Bonetto’s Keating! The Musical (which debuted at 2005’s Melbourne International Comedy Festival). Here, Jonathan Biggins has returned to the character he’s mined in sketches for the Wharf Revue. But is PJK big enough to fill 90 minutes of a solo show – or to re-heat Keating’s quip about Andrew Peacock ‘Can a soufflé rise twice?’. Well the former PM has more puff than your average comedic soufflé.

Biggins inhabits Keating just as Keating himself wore a Zegna double breasted suit, giving the boy from Bankstown a biographer’s depth. As Biggins enters the set – a European-style office complete with a Napoleon portrait almost winking at the former PM – he immediately becomes the character. While publicity photos for the show may question the usually bespectacled Biggins’ resemblance, once on stage Biggins has the gestures, the jowls and the swagger of Keating so aptly the audience knows they’re in for the real deal.

Instantly we are reminded that this is the PM who zinged long before Bill Shorten was in shorts. ’Well this is going to be a fun evening,’ Biggins’ Keating drawls dryly. He quickly draws up a slide screen and takes us through the highlights of the PM’s public life – including driving his own campaign bus (with cracks at ScoMo), a portrait of JFK that lingers long enough for us to get the connection and snapshots of Keating as manager of rock band the Ramrods. A highlight is a young Keating holding the megaphone for Gough before the infamous Dismissal speech on the steps of Old Parliament House. While it hits all the political notes you’d expect, there are a few you wouldn’t including Keating’s love of Tom Jones and Mahler.

Biggins’ Keating sings and dances. The best of these interludes gently shift the pace gently, though the inclusion of Keating’s economic reforms as vaudeville had audiences checking their watches. Was this the 1930s? The script – Biggins wrote the whole 90 minutes with a nod to the words of PJK himself, Don Watson and others – glides between comedy and tragedy. The best tragedy is alluded to outside the script – the crumbling marriage to Anita – or used to give depth to what could have been just a very good two-dimensional Keating impression. We’re given Keating reflecting on the loss of his father and the split with Hawke with real tragedy.

But Biggins knows not to soak us too long in tears. He butters on the wit to keep the audience charmed while managing to exonerate Keating’s legacy. The Hawke knifing stacks up as a matey misunderstanding next to more the recent coups of Gillard, Rudd, Abbott, Turnbull and Morrison. We are left with a look at a leader who did what was needed rather than what Australia wanted at the time. Not just the economic reform but the Redfern Speech and a hard-won Native Title Act. Ahead of a Federal election, this portrait of Keating shines like an afterglow on the hill, a reminder of what leaders should be.

The Gospel According to Paul