An evening concert of jazz from an array of Australia’s top performers.
Sally Peters
[This is archived content and may not display in the originally intended format.] 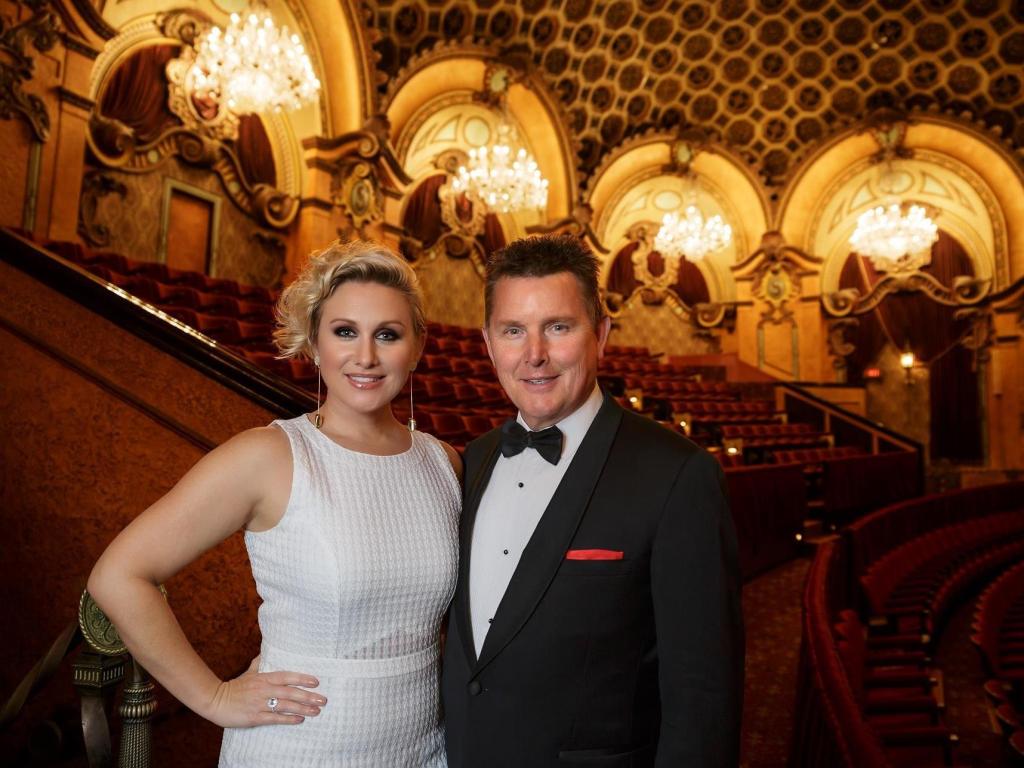 Emma Pask and Tom Burlinson in Swing That Music.

An evening concert of jazz from an array of Australia’s top performers in Swing That Music at the Concert Hall at QPAC, Brisbane was sensational.

Renowned singers Tom Burlinson (Now We’re Swinging, Frank – A Life in Song) and jazz vocalist prodigy Emma Pask, (Some Other Spring, Cosita Divina and The Voice Australia season 2) delivered an impassioned evening of timeless classics from artists such as Frank Sinatra, Louis Armstrong and Duke Ellington, capturing the dynamic sound and glamour of the 30s through to the 60s big band era.

Bringing warmth to the evening with glowing cherished tales of personal experiences about the songs, Burlinson and Pask gave the historical contexts and journeys of their careers, revealing a great night of entertainment. This was a special event, having only been produced once before in Sydney. QPAC’s Concert Hall is a relatively large space, yet they delivered a show that reached a level of any intimate jazz setting, along with the big band experience. The night was just sensational.

Burlinson and Pask treated the audience to solos taking turns performing on the stage, and giving the audience outstanding duos as well. Highlights from the individual musicians arose in most songs giving a featured play time from the tasty sets which were brilliant.

Kicking off the evening with ‘The Way You Look Tonight’, Burlinson’s voice was golden, classic and smooth, and very reminiscent of Ol’ Blue Eyes himself. Burlinson is a seasoned performer with a finesse that excelled throughout the event. I particularly loved his rendition of ‘Mr Bojangles’, creating a sweet, moving experience.

Emma Pask and Tom Burlinson in Swing That Music.

Emma Pask wowed the audience with her superb jazz style, I now know why James Morrison has described Pask as ‘the greatest gift to Australian jazz vocals in the last decade’. She really knocked us out.

Adorning a range of gowns through the night, Pask gave us Lionel Ritchie’s ‘Hello’ that with a velvet double bass intro, we were swimming in satin. The toe tapping evening went on with a jazzed up version of ‘Clear Day’, and the romantic, magical version of ‘Unforgettable’ (Nat King Cole) was delightful.

Ed Wilson hit the spotlight with ‘Hey Jude’, which the audience sang along to with all the nananananana nanana Hey Jude lyrics, a crescendo that ended with a standing ovation which was cheekily asked for before beginning the tune by Ed himself. He was surprised indeed when he turned to see the audience had obliged with great fervour. A golden moment for everyone.

The All Star Big Band and company gave an impressive double set, and with Ed Wilson’s arrangements – it was a night of excellence of all things swing. I believe there is a CD available entitled ‘Swing That Music’, which would be unmissable in any jazz enthusiasts collection.