This year, Perth has once again been favoured by visits from a wide variety of artists, both local and visiting.
Carol Flavell Neist 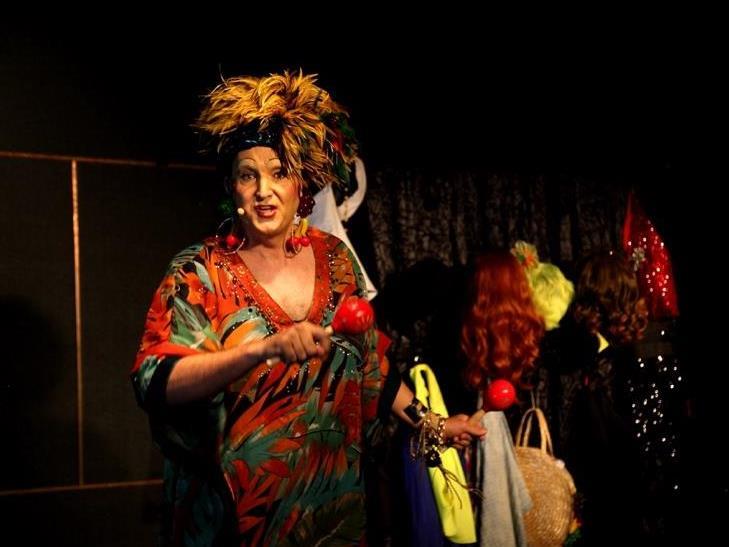 Robert Hofmann as Dr Gaye Thyme in What the Fandango?!. Photo by Mark Liao.

Perth’s Fringe Festival is always packed with talent. Some artists seem to base their year around fringe festivals, world-wide, and we are fortunate that so many of them choose to include Perth in their itinerary.

This year, Perth has once again been favoured by visits from a wide variety of artists, both local and visiting. Perth is noted for attracting many excellent acts, all of whom seem to enjoy their visit. Whether they are visitors or locals, performing artists seem to enjoy performing in our fair city.

It’s an incredibly busy time, with performances spread over four weeks and a variety of venues. It’s impossible for even the keenest theatre-goer to see all the acts. There are almost always long queues and many venues are booked out in advance.

Most venues are small, even intimate; some are in tents, some in tiny upstairs rooms dotted around the city and inner suburbs in hotels and private clubs. In the last few days, I was lucky enough to catch three really excellent acts.

First, The Ides of March, presented at a tiny ‘theater’ in a popular Perth watering hole, the Brisbane Hotel. Steep steps led us to a cosy room named Lazy Susan’s Comedy Den: no proscenium, nothing fancy at all – just a small acting area and rows of chairs for the enthusiastic audience.

This playlet was obviously a nudge in the direction of Mr Shakespeare, but its script and presentation were entirely original. Will himself was a character, visiting the cast of his famous oeuvre due to his having been stranded when his time machine broke down.

The play claimed to be about ‘Time Travel, Treachery and Togas’; a phrase that does indeed set up the atmosphere for the performance. The highly original script owed almost nothing to Shakespeare, but it was nonetheless entertaining in its own right, and worth, I would say, four stars. One star is missing because of the lack of a printed program, a sad failing, because reviewers cannot mention players by name without a program.

Another gem was solo performer Eliza Jackson’s deeply touching, yet very entertaining show, The Voice Behind the Stars. Jackson assumes the persona of soprano Marni Nixon (1930 – 2016), voice-over artist without compare, who as a ‘ghost singer’ for movie musicals, put her lovely soprano voice into service for leading actresses including the leads in the popular movies The King and I, West Side Story, and My Fair Lady. One must assume that Jackson is a great fan of the late Ms Nixon, since the show, from concept to production, must have taken months, if not years, of investigation into the world of her heroine. Jackson is no mean singer herself, and deserves a five-star rating. 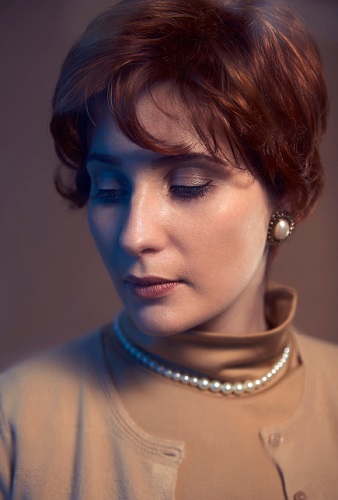 Eliza Jackson plays Marni Nixon in The Voice Behind the Stars. Photo via Fringe World Festival.

There is so much talent and so much fun to be had at the Fringe that I am loath to select a favourite show, but if I must choose one outstanding presentation it would be, I think, Robert Hofmann’s What the Fandango?!. Hofmann is a singer and female impersonator without compare. He has an amazing vocal range, going from baritone to counter-tenor and even soprano with ease, and with fantastic breath control.

He enters as a middle-aged woman in a gorgeous gown topped by a stylish turban and lovely earrings, and proceeds to arrange his costumes and wigs on a hallstand, then giving us a jokey introduction. ‘My husband and I have the same taste in younger men.’

He proceeded to strip down to male attire, the first of several costume changes, all quite gorgeous, which he effects on stage during the act, assuming a new persona with each change. (At one point, he even assumed a nun’s habit and an Irish accent.) He donned a new dress and wig after every bracket of songs, at one point wearing four-inch stiletto heels. He changed his costume onstage between brackets and accompanied himself on guitar for one bracket. This, friends, is one incredibly versatile performer, and another five-star act. (I should mention that Hofmann was accompanied on accordion by the highly talented Cathie Travers, whom he teasingly referred to as ‘Flossie’ whenever she was mentioned.)

I must thank Hofmann for raising memories of my youth, when I worked in cabaret in Sydney’s King’s Cross. After my show finished at midnight, I would sometimes sneak into Les Girls to watch the lovely female impersonators who were far more gifted than my fellow can-can dancers and I, who were born female. A good ‘drag show’ is very good indeed, and Robert Hofmann is carrying on the tradition. Bravo!