A regional gallery rethinks its collecting future by commissioning a gender audit, and dives deep into timely narratives about its collected past.
Gina Fairley
[This is archived content and may not display in the originally intended format.] 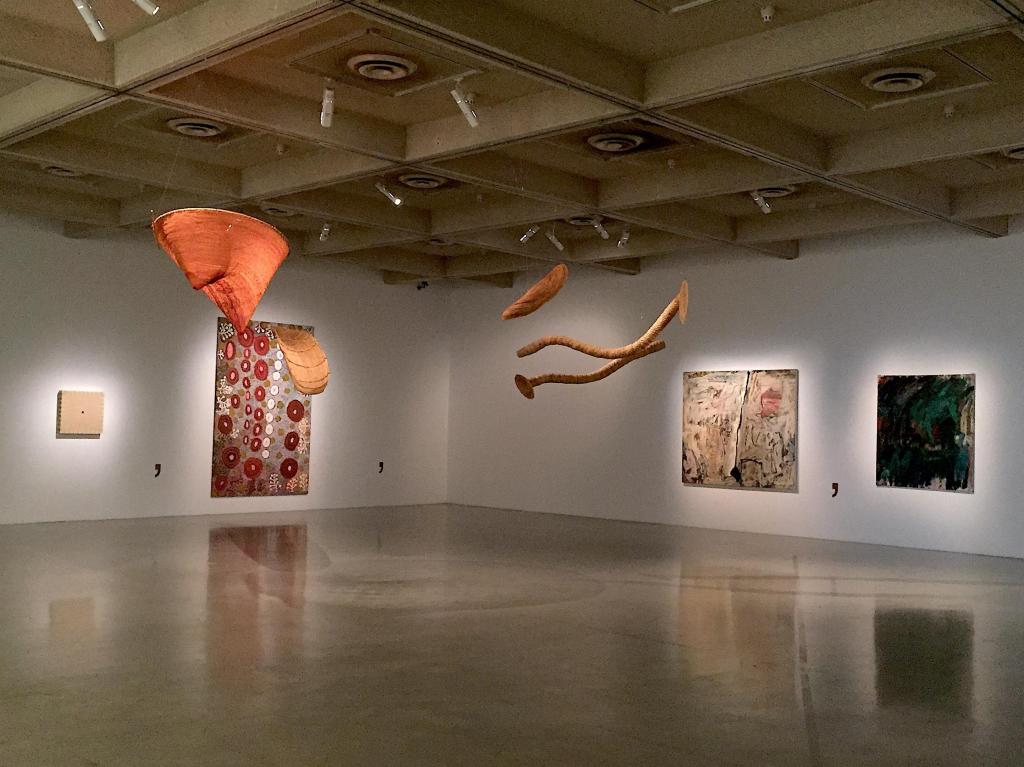 Borrowed Scenery is an interesting example of how an institution can look at its collecting legacy through the lens of today.

Curated by Jasmine Kean for Campbelltown Art Centre (C-A-C), this all-female-identifying exhibition features over 50 artworks from the City’s collection amassed over a 30 year period.

Last year marked the 30th anniversary of the Gallery; it was also a year where the #MeToo movement had significant impact globally. The Gallery recognised the need for reflection on its Collection and the direction of future acquisitions, so as part Borrowed Scenery, C-A-C commissioned The CoUNTess to report through a ‘data-centric feminist lens’.

As part of the project The CoUNTess additionally responded to the hang of Borrowed Scenery, punctuating the artworks with commas.

The CoUNTess Report explained (ironically without using commas): ‘A comma is a directive when you see one in a sentence you take a break you pause wait think before responding with an idea another thought another category that is related but different tangentially or repetitive … before outputting again…’

I am not entirely convinced the exhibited commas – 52 in total, constructed in bronze – carry the immediate connection and weight of their message. 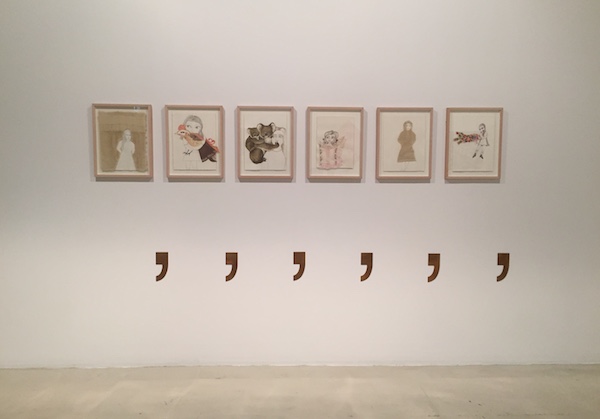 Appropriately, the exhibition opens with a suite of floral still lives. The first work to be collected was May Bocking’s c. 1900 work Still Life with Fruit in 1988. She was the daughter of former Mayor James Bocking (1890).

Mean writes in the roomsheet: ‘The floral still life is the territory of the hobbyist, the craftsperson, the weekend painter, often dismissed in art historical discourse as a feminine form.’ In a nice touch the works have been hung on a white embossed floral wallpaper.

While floral still lives still trickle into the collection to this day – Bocking’s painting is shown with works purchased as late as 2009 – Kean has used this springboard to go straight into the deep dive. The next works encountered are Janet Mansfield’s Flower Container (1998) and Katthy Cavaliere’s video Loved (2008), which both look at imposed female stereotypes.

One moves from Cavaliere’s video into a gallery that presents Tracey Moffatt’s 13-part series Invocations (2000), their subtlety of colour, tone and depth a seductive play that references painting, film as well as printmaking, and calls on stereotypes of female role playing

This series took two years to realise: one year in the studio in New York with sets and models constructing and shooting each scene, and one year working with printer Gene Licht. 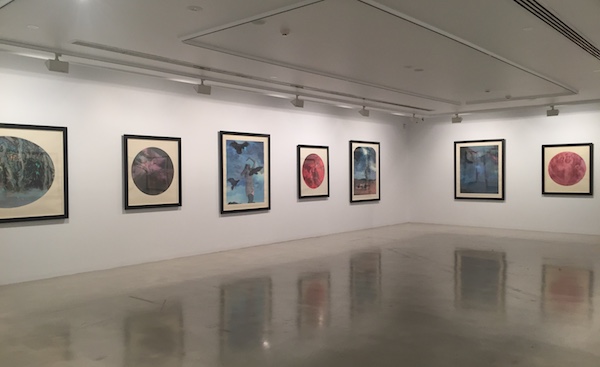 Violence against women pops up as a theme across the show, most blatantly in the video work by the collective, Barbara Cleveland. Runaway (2008) is a power punched six minutes that blurs the lines between theatre, the filmic and a darker edge of reality.

The exhibition has a lot of texture and nuance, with more intimate sculptures and ceramics presented in cased pedestals; Indigenous weavings that sit in conversation across the gallery space with abstract works, and a mix of mediums both expected and unexpected.

Think of this juxtaposition: anchoring the exhibition is Deborah Kelly’s video installation Tank Man Tango: A Tiananmen Memorial (2009) on the end impact wall; with a stunning five metre painting by Gloria Petyarre in an adjacent gallery space which is painted black, and a subtle woven vessel by Wilma Walker caught between two commas by The CoUNTess. Despite different volumes and messages, each offers an incredibly powerful engagement for the viewer.

Kelly was winner of the 2009 Fisher’s Ghost Art Prize with her installation that invites people to also be a protagonist in the famous incident where a lone person, with shopping bags in hands, stopped a tank in Tiananmen Square. This year marks 30 years since events of 1989 in Beijing. 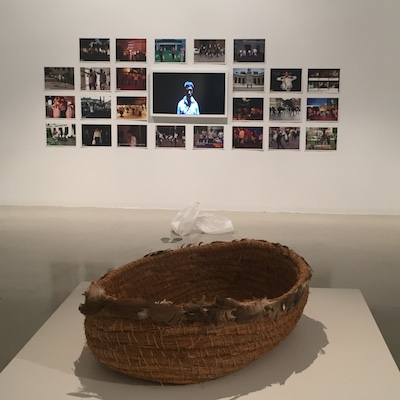 In the main gallery Kean has presented a selection of fibre-based works commissioned in 1997 for acquisition from Aboriginal women weavers – a recommendation by Diane Moon (Curator QAGOMA). Sitting alongside women artists who braved the frontier of a male-dominated abstraction movement (among them Rosalie Gascoigne who was the first female artist to represent Australia at the Venice Biennale), there is also an essence of persistence from these weavers.

Another highlight in the exhibition is a suite of works by Joan Ross (pictured above) – ink drawings with collaged fabric from 2004-2005. While Ross has become known for her video works, often ratcheted into high volume with hi-vis, these early works offer an interesting trajectory. The collecting, collating and collaging of material and meaning is equally present.

Overall, Borrowed Scenery is probably more interesting for what it says collectively, than perhaps the experience of it as an exhibition. Curating 30 years of disparate work into a cohesive show is tricky. However, C-A-C needs to be championed on this initiative – to examine itself and to recalibrate its thinking for the future. Definitely a worthy curatorial frame.