Whether it’s feminism, crime, or feel-good stories, you won’t be bored over the summer break with this selection of podcasts.
Sabine Brix
[This is archived content and may not display in the originally intended format.] 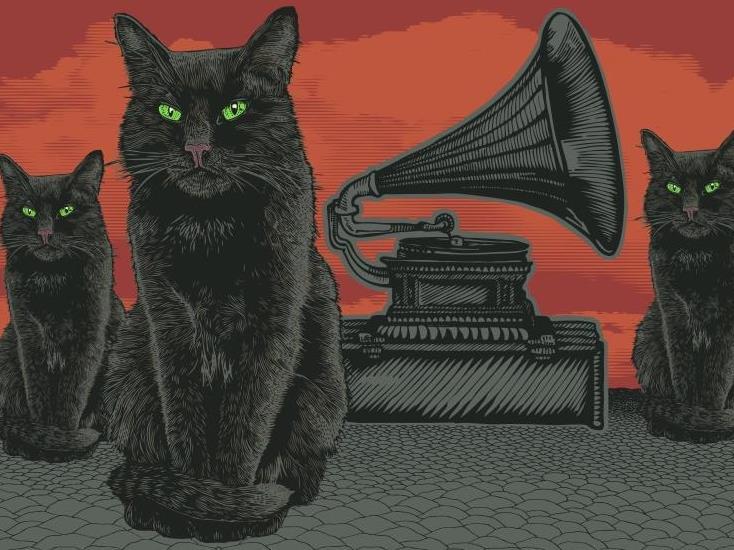 Previously on ArtsHub we’ve offered advice on starting a podcast of your own, and shared advice from experts about finessing your scripts and presenting style. But now that it’s holiday time for many in the sector, it’s time to relax. Here are some podcasts we highly recommend to help you do just that!

Guardian Australia’s Gabrielle Jackson and Steph Harmon analyse the past 12 months since the  #MeToo movement rose to prominence and decipher the changes we’ve seen in the media landscape since explosive allegations were made against Harvey Weinstein.

Episodes include a look at Australia’s equivalent of TimesUp – NOW Australia – talking to its founder Tracey Spicer as well as talking about Australian workplaces and the treatment of accusations of sexual harassment by women. Hosts question why Australian legislation treats harassment differently to other breaches of employment law and ask questions such as: where can you go to for advice or help? And can you trust your HR department?

How did we get sexism, patriarchy, misogyny? MEN asks the big questions throughout this series, using the #MeToo movement to launch into a world history of events and attitudes that take a look at sexual abuse in both workplaces and private relationships. The co-hosts sarcastic jibes at one another add light to a topic that is sure to elicit emotional responses from listeners. The podcast is the third in a series from Scene on Radio presented by the Center for Documentary Studies at Duke University. It is peppered with interviews from prominent researchers and scholars who add their expertise to the wider discussion of how men ended up in positions of power over women.

If you haven’t yet listened to journalist Hedley Thomas’ The Teacher’s Pet, now is a perfect time as the story’s central figure was recently arrested, putting the 37-year-old case of missing woman Lyn Dawson back into the spotlight. What makes the podcast so interesting and equally infuriating is the way the evidence is presented to build a case that makes you wonder why the hell Chris Dawson wasn’t arrested decades ago. Thomas’ no bullshit straight-up approach makes for compelling listening.

One of the lesser known crime podcasts, Young Charlie is a scripted look at Charles Manson’s early life and the events that led to the murder of movie star Sharon Tate and four others in the Hollywood Hills estate she shared with Roman Polanski. The re-enactments can be slightly cheesy, but if you can get past this, it’s a steady unravelling of the world of a psychopath, from Manson’s troubled childhood in rural West Virginia to the night he sent his out his followers to commit the most infamous crime in Hollywood history.

SPUN Stories is a live storytelling event that takes place in the Northern Territory, where ordinary people have the opportunity to share extraordinary stories. The event is recorded live and is turned into a podcast. The stories are heart-warming, emotional and funny, giving listeners an insight into what life is like in the Top End.

Love Me is a particularly well-crafted podcast about the messiness of human connection and the relationships of the people around you. An eclectic mix of stories about the love between mothers and their children, lovers, old flames new sparks, unrequited love and the kindness of strangers. Quirky in nature, often heart-wrenching and at times funny, this is one of the most innovative and experimental podcasts on love I’ve heard. The music is contemporary and breathes life into each story.

Maria Stoljar’s Conversations with Painters is an interesting informal look at not just what motivates and inspires painters, but creatives in general. The Australian artists in the podcast speak about their artwork and life away from the canvas; how they became artists and what they’re working on now, including career progression and motivation. Some of the guests include Ken Done, Steve Lopes, Suzanne Archer, Reg Mombassa and Susan O’Doherty.

A Piece of Work

Even though it wrapped up in 2017, A Piece of Work is a timeless podcast exploring everything you wanted to know about modern art but were afraid to ask. It’s an accessible podcast hosted by Broad City’s Abbi Jacobson and takes a light-hearted look at topics such as Andy Warhol and self promotion, video art before viral videos and Minimalism. It’s explorative approach is anything but arrogant, so if you’re just getting starting to explore these topics, you won’t be hit with a bunch of art wank.

A World of One’s Own

Now into its second series, A World of One’s Own (the title is a nod to Virginia Woolf’s famous essay) sees Melbourne artist Tai Snaith in discussion with mid-career and emerging women and non-binary artists whom she admires. These relaxed, colloquial exchanges explore shifts and similarities that artists face in their lives and artistic practices. Together with her guests, including Kate Just, Atong Atem, Agatha Gothe-Snape and Paola Balla, Snaith attempts to break down the how and why of making art and explores topics such as self-doubt, control, meaning, shame, risk and parenthood.

The Allusionist is a podcast examining the English language, and is anything but dry or mundane. Anyone that can talk about vowels, palindromes and puns in a way that is interesting is a genius in my book. Hosted by the hilarious Helen Zaltzman (the sibling of comedian Andy Zaltzman) topics range from the psychology of reading a book to improve health, and the kind of messages we send in dating apps, through to why people choose to change their names.

The formula for this podcast is simple in its approach and probably why it works. Each episode Deborah Treisman, The New Yorker’s fiction editor asks a writer to nominate one of their favourite works of fiction and read it out. At the end of the episode both Treisman and the guest discuss that story. The podcast features David Sedaris reading Miranda July, Salman Rushdie reading Italo Calvino, Ben Marcus reading Mary Gaitskill, plus pretty much every other major writer you can think of. An excellent podcast to pick up at any point.