Changing the way we think about audio accessibility

From audio dramas to documentary, a number of podcasts are breaking with convention when it comes to accessibility by offering captions, subtitles and transcripts as a way to enrich storytelling for diverse audiences.
Sabine Brix
[This is archived content and may not display in the originally intended format.] 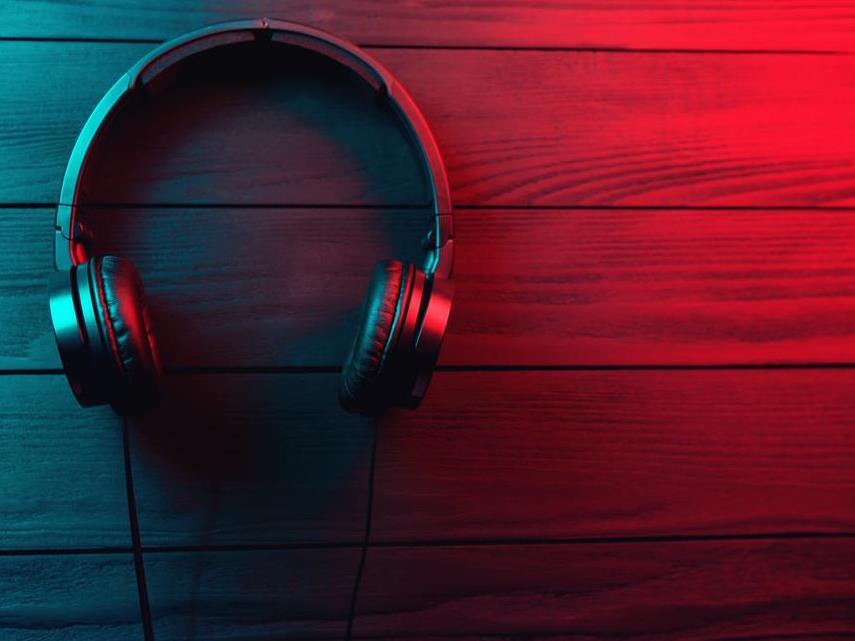 There are a number of audio producers offering additional ways for people to consume podcasts that include the Deaf and Hard of Hearing communities alongside English-speakers who are seeking foreign language podcasts.

Here, we explore their aims and their techniques.

Eleanor McDowall is a multi-award winning audio producer whose documentaries have been broadcast on the BBC and KCRW. She began Radio Atlas – an online platform and podcast with subtitles – to help people listen to audio made in languages they don’t necessarily speak.

Inspired by watching a subtitled Norwegian audio documentary at a listening party put on by In the Dark, she decided to launch her own platform.

‘Radio Atlas grew from a desire to spark a conversation about why we struggle to translate in sound, what we’re missing by not listening across languages and how we might better allow great audio work to flow across borders,’ McDowall told ArtsHub.

‘We’re one of the only documentary mediums that really struggles to move elegantly between languages (unlike journalism, literature, photography or film) and I think this is both an artistic and a political problem for our audio culture,’ she admits.

Prior to launching the platform, McDowall was listening to foreign language audio by holding a paper transcript with the translation and reading along, something which often shifted the focus to reading rather than listening.

‘There is so much inventive, challenging work being made in languages other than English and, whilst English-language podcasts like Serial, This American Life or work from the BBC is appearing in the top ten of iTunes charts around the world, very little is moving in the other direction into the charts of English-speaking countries,’ she said.

For people who can’t imagine the concept of an audio documentary with subtitles, McDowall said this: ‘I think people are surprised by how rapidly they can sink into the format and start to lose themselves in the audio. It’s obviously a hybrid form (not quite a listening experience – not quite a visual one) so it can provoke discussion about whether or not this is how we should translate – can it really be considered audio anymore?

‘You can’t listen to a subtitled podcast without focusing your full attention on it. For a medium that’s often looked at as a secondary experience – one that might run in the background in the car, while you’re doing the washing up or walking to work – I think there’s something interesting about inviting listeners to engage in this way, to treat audio with the same reverence you might a piece of cinema.’ 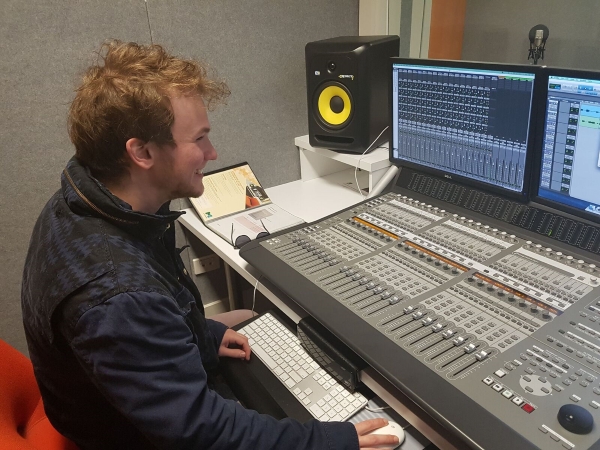 Love & Luck is a queer audio drama, which unfolds over a series of voice messages. Every episode of the podcast is also available on YouTube with captions. The presentation of text includes a description of the audio.

‘Disabled people are one of the biggest minority populations in the world, and if your work isn’t as accessible as it could be, that’s a huge swath of humanity that you’re not welcoming to your show,’ said Love & Luck writer and producer Erin Kyan. ‘It is kinder and more inclusive to work towards accessibility, and it’s setting the stage for an even more inclusive future for the medium.

‘There are lots of Deaf and hard of hearing people; there are people with auditory processing disorder, which I have,’ Kyan continued. ‘Maybe some listeners are autistic, or they only speak English as a second language. There are tons of reasons why people may want captions and we wanted to make sure we were welcoming those people as our audience.’

‘We have the benefit of being a scripted podcast and, as a result, we are able to manage our own subtitling through our YouTube channel,’ Kyan said.

‘Once I’ve fully cut and mastered an episode, Lee [Davis-Thalbourne, co-producer] goes through each episode, script in hand, to capture any off-script moments, and to generally convert the script into a proper transcript. Once we’ve done this, we feed that transcript into YouTube’s closed captioning system, which creates the timings for the subtitling.

Although this method works for Kyan’s podcast, captioning something like an interview can be much harder.

‘It must be said that when it comes to unscripted, conversational podcasts, the effort to transcribe each episode is a lot higher – an hour or so of conversation will take at least two-three hours for an untrained podcaster to transcribe,’ he explained.

‘There is slowly becoming more awareness of the need for accessibility in podcasts, although not necessarily for captions. Many podcasts, especially scripted audio fiction, may not use captioning, but will instead provide written transcripts as their effort towards accessibility. This can often be more beneficial for the podcast itself – a text version of the show means that their podcast effectively becomes searchable via Google, and gives media the ability to double-check quotes, names, etc that come up in an episode – and people who otherwise can’t consume the podcast on its own get the ability to read along, so it’s absolutely a great thing for accessibility.’

Read: Why we need more queer audio dramas in Australia 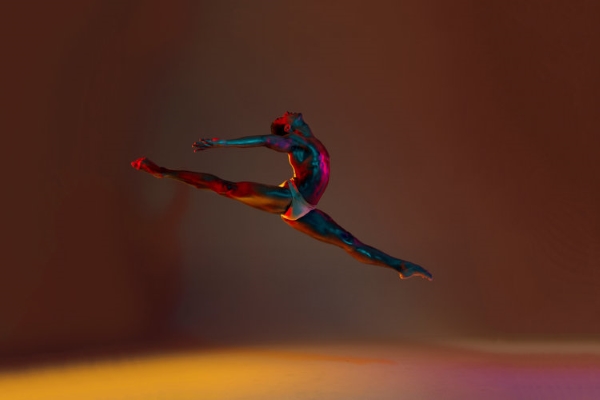 Andrew Westle began his podcast Delving into Dance (DID) in 2016 and has since interviewed everyone from The Australian Ballet’s David McAllister to internationally renowned choreographer Meryl Tankard. Westle recently completed a funding campaign which enabled the first archived transcripts from the podcast to be released.

‘Delving into Dance started as a small project and quickly grew into a large local and international audience,’ Westle told ArtsHub. ‘My interest was in having conversations with dancers and dance makers to expand the thinking and conversations about dance, including with people who may never have watched dance before.

‘At the heart of DID has been a focus on access and social equity; the project has sought to capture a diversity of experiences,’ Westle said. ‘But I have been critically aware that the podcast format and the extensive archive is not accessible to deaf audiences and of all the performing arts, dance is often said to be one of the most accessible to them.’

Westle said many of the requests for transcripts have also come from dance teachers who want their students to have access to the text versions of the podcasts.

‘The aim is now to focus on making the audio archive accessible,’ he said. ‘To date, over $1200 has been raised and an additional $1800 will need to be raised for the remaining archive to be transcribed. There will then be ongoing costs to continue this initiative.

‘The first transcripts from the latest fundraising campaign have been released, starting with Noel Tovey, who tells a really moving story in his interview, about his deaf best friend, who he used to live with on the streets of Melbourne. It seems a poignant interview for the launch.’