Ladies in Black is comparable to Austen in its delicacy. Read it then see the film.
Liza Dezfouli
[This is archived content and may not display in the originally intended format.] 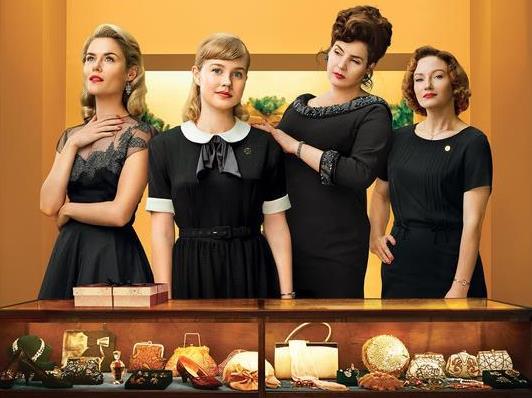 With the film of this book about to release, it’s worth grabbing the new edition as it contains a forward by the film’s director Bruce Beresford. We owe much to Beresford’s tenacity after years of false starts in getting a film faithful to the novel made and bringing attention to this outstanding writer.

Hailed as Australia’s answer to Jane Austen, Madeleine St John wrote Ladies in Black when she was in her late fifties. People rave about this book and it deserves all the praise. Why? Because with the gentlest of wit it perfectly captures an era, taking you back to Sydney of 1959, where you can hear trams rattling up George St. A woman in a navy linen sheath and a pair of cream-coloured stilettos scurries past you, holding the arm of a man in a dark suit, in his breast pocket is a white handkerchief folded into three points. As they go by you catch a waft of 4711 Eau de Toilette mixed in with a skerrick of the scent of pipe tobacco…

The prose of Ladies in Black is gossamer light. The story is set in the world of women’s wear in a classy department store (modelled on David Jones) but, like Austen’s books, the novel exposes society’s pretension, xenophobia and petty prejudices seemingly without meaning to. St John is arguably somewhat kinder to her characters than Austen but the mindset of white Australia on the brink of being changed forever by the influx of ‘reffos’ from Europe is exposed in all its smallness.

Young Lesley is about to finish school. Her working class dad has no wish to see his clever daughter become a bluestocking and forbids her to even think about university. After finding a temporary job in Ladies’ Cocktails at F.G. Goode’s, Lesley decides the name Lisa suits her better, unwittingly setting herself off on a path to intellectual and artistic sophistication. In charge of Model Gowns is the spectacular Magda, who appreciates Lisa’s potential and gently extends a wing to enfold the girl.

One of the delights of this book is ‘hearing’ the Hungarian characters use English, their speech engages the language in all its precision and elegance, reinforcing their enjoyment of life’s simpler sensual pleasures: food, music, art, good company and thoughtful conversation.

The transformational glamour of the perfectly beautiful dress (or nightie!) is a magic celebrated so well here; it’s been decades since we’ve been able to approach this notion with anything like innocence. Now that there’s no longer really any such thing as glamour, another joy of this book is being able to participate or re-experience that adolescent feeling of being on the cusp of potential – for beauty, for a richer life, for something truly special. For many women the right frock once stood for all of this.

St John’s other books are A Pure Clear Light, The Essence of the Thing and A Stairway to Paradise. Can’t wait to read them.