Hannaford excels as Carole King. She’s energised, mournful, ecstatic, introverted, forgiving and gutsy.
Gillian Wills
[This is archived content and may not display in the originally intended format.] 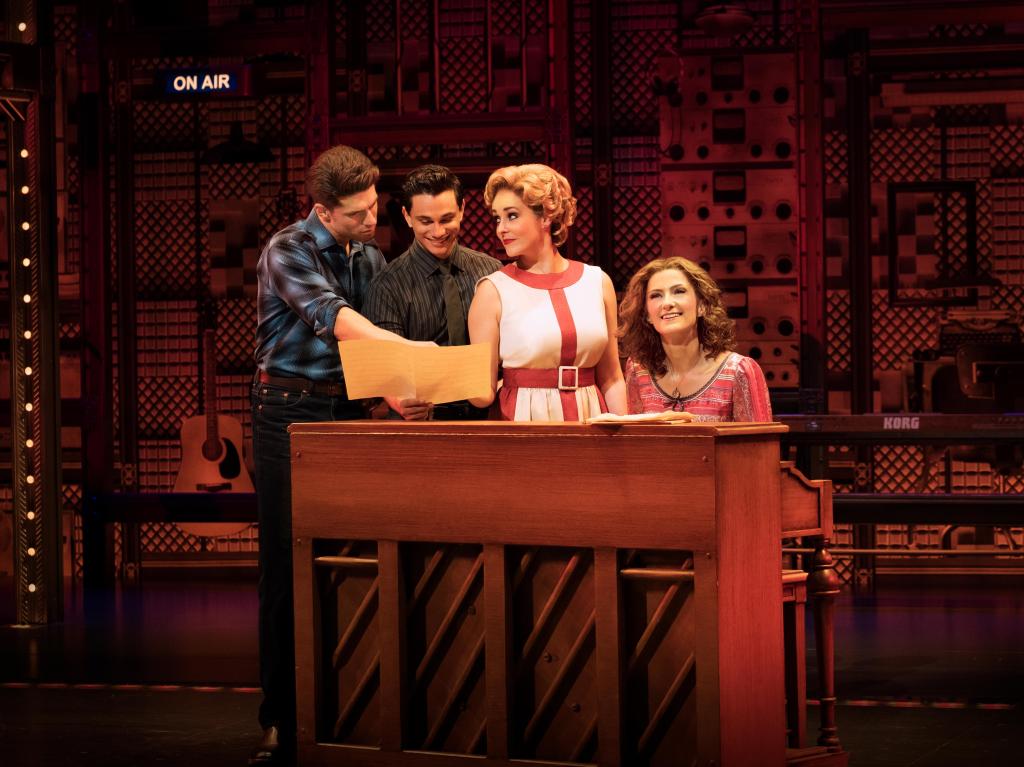 An absolute blast, this show reels in a massive audience of all ages. The song list underscores significant moments in the life of singer and song-spinner Carole King. Just as the Jukebox hits aired by a punchy, backing band with scorching licks and raise-the-roof grooves, would have been a soundtrack to the youthful lives of the baby boomers’ in the crowd.

The performances in the first half are explosive with choreography by Josh Prince capturing – arguably over-stylising – the typical moves of The Shirelles and The Drifters. The cameo performance of ‘Locomotion’ recorded by King and Goffin’s babysitter, known as, ‘Little Eva’ is a hoot. 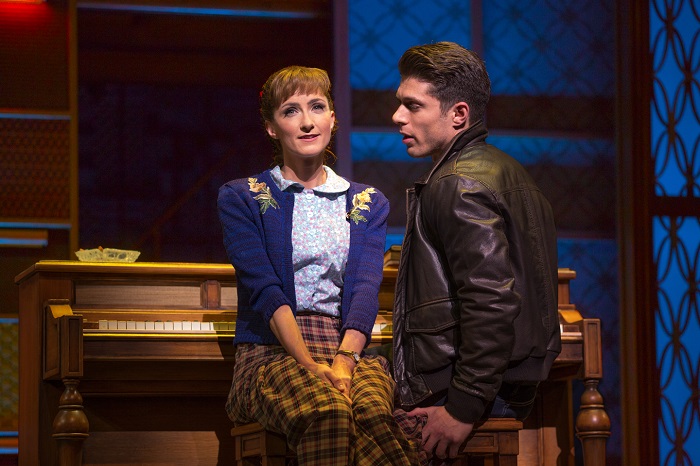 The story begins in a positive place in Carole King’s life. At sixteen, she takes a song to Don Kirshner, ‘The man with the golden ear’ said to be able to ‘smell a hit a mile away.’ He likes it. King is hired as a songwriter, and, it’s in the Brill Building at 1619, Broadway on 49th Street in New York’s Manhattan that she meets lyricist Gerry Goffin. Together they write many treasured hits and a cache of chart toppers. At 17, King and Goffin marry and have their first child. It’s at this point, King’s personal life begins to spiral down just as her prowess as a songwriter is on the rise.

The song list includes, ‘Will You Love Me Tomorrow’, ‘It’s Too Late, Take Good Care of My Baby’, ‘You’ve Got a Friend’, ‘So Far Away’, ‘One Fine Day’, and ‘I Feel the Earth Move’ along with chartbusting Mann/Weil tunes such as ‘On Broadway’ and ‘Uptown’.

The show is spliced with caustic humour. Esther Hannaford in particular communicates the droll one-liners deadpan and gets a lot of laughs. Hannaford excels as Carole King, she’s energised, mournful, ecstatic, introverted, forgiving and gutsy. Some of the best performances are hers especially, ‘You’ve Got A Friend,’ ‘Natural Woman’ and the title track, ‘Beautiful.’

Occasionally there’s a disconnect, for instance, the show features, The Righteous Brothers and their whopping blockbuster, ‘You’ve Lost That Lovin’ Feeling.’ For the older audience it’s a great number, but, for the younger crowd the deep tones of the singer is funny. It’s awkward because the singers themselves conjure ambivalence and seem to want to deliver a classy performance rather than an ironic one. 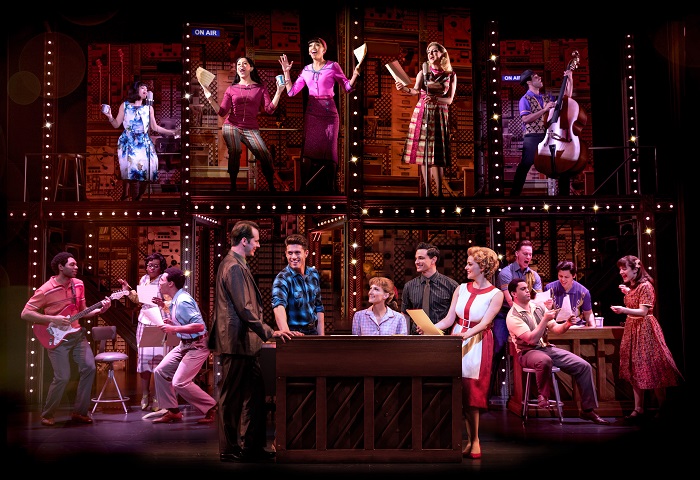 The Australian cast of Beautiful: The Carole King Musical. Photo by Ben Symons.

Josh Piterman hits the spot as the troubled, drug-abusing and philandering Gerry Goffin. Anne Wood is great as the self-pitying and hypocritical Mum. Mike McLeish channels the quirky yet good-hearted Don Kirshner admirably. Mat Verevis as Barry Mann sings beautifully. He can stack on a turn as a believably, pessimistic grump and Lucy Maunder as Cynthia Weil is superb.

The authentic set does much with very little, mainly because the cast, the singing and the dancers are so good. And, the few props there are, together with astonishingly varied virtuosic lighting effects, period fashion and a wealth of dated hairstyles seamlessly channel the passing of the years.

Beautiful is a stunner. Not to be missed.