At a recent talk hosted by The School of Life, Tim Winton discussed his latest novel and the casual violence of his protagonist in relation to toxic masculinity.
Brooke Boland
[This is archived content and may not display in the originally intended format.] 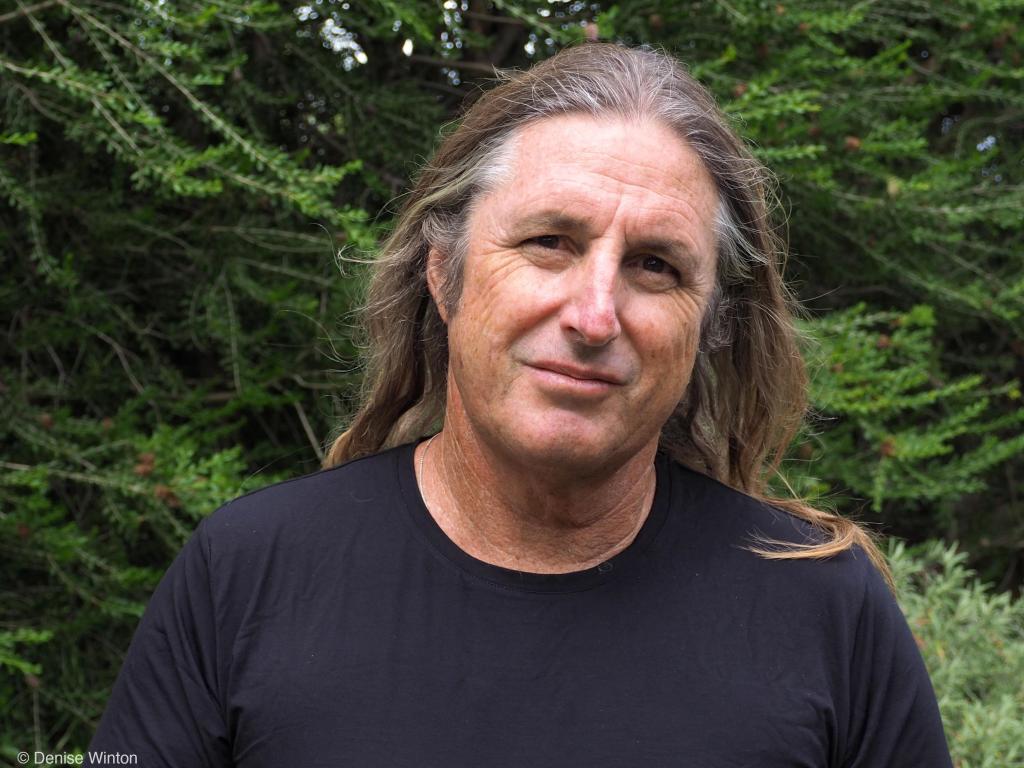 Tim Winton has spent the last few years exploring the mind and actions of someone we often hear about in the news. A figure we would recognise when we see him, but seldom try to understand — the ‘wild colonial boy’ type, Winton calls him, who also happens to be the protagonist of his latest novel, The Shepherd’s Hut.

‘This voice just came with the imagery. It was the sound of someone alien and yet deeply familiar to me. A spiky, damaged, vain, glorious, profane, and opinionated adolescent. A boy who at the very best sounds like a bit of a handful,’ said Winton.

‘Put it this way, you’d think twice about giving him a lift or having him in your home and if you passed him in the street you’d be wary and alert. I think you know who I’m talking about. The prickly boy, the dirty boy, the smoking, smouldering boy you wish would just get on the bus and go away. The kind of boy you cross the street to avoid. The casually violent boy you fear that you have no power over. You may pity him a little, in your progressive way, but mostly you despise him, you fear him, you want him gone. Well, he doesn’t exist, this particular kid, my surly boy. He is a confection, a figment. All the same, I’ve had him in my car, in my house and in my head for a couple of years.’

This violent, ‘foul-mouthed, racist urchin’ puts all expectations of literary virtue and likability on hold. Winton gives him the name Jaxie Clackton, finds him at a crossroads where Jaxie discovers his abusive father’s dead body crushed under his car, leading him to take off into wild country.

‘He has been marinated in violence. He has internalised it; it lives like a virus in his body. His limb, his face, his eyes, they all project it. He has always lived in a state of hyper vigilance, fearing attack and offense at every turn. But attack and offense are in him, they are boiling in him. They are his prime instincts. Ever present in his language and his habits of mind. He trusts in actions and is wary of talk and introspection,’ said Winton.

Read: ‘It gets harder’: Tim Winton on writing

Where did this savagery come from? ‘That’s not congenital. The savagery in him has been worked. Worked at home, in school, and in the wider culture of consumption and entertainment.’

Winton discussed Jaxie’s story and how it rests on the larger issues surrounding the specific terrors and violences of toxic masculinity at a School of Life talk held at the Melbourne Convention and Exhibition Centre.

‘Toxic masculinity is a burden to men. I’m not for a moment suggesting men and women suffer equally from misogyny because that is clearly and fundamentally not true. Nobody here needs to hear me mansplaining on the subject of the patriarchy. But I think we forget or simply don’t notice the ways in which men too are shaped by masculinity. Because it narrows their lives, distorts them, and that sort of damage, it radiates, it travels just as trauma is embedded and travels and metastasises in families,’ he said.

‘I think we forget or simply don’t notice the ways in which men too are shaped by masculinity. Because it narrows their lives, distorts them, and that sort of damage, it radiates…’

Winton doesn’t separate Jaxie’s story from this subject; it’s imbued with the same pervasive misogyny that creates the circumstances where toxic masculinity thrives culturally, which Winton suggests is perhaps more overt and less discrete in certain pockets of Australian society.

‘These things are harder to ignore and even harder to negotiate if you live outside the more feminised, reconstructed, and progressive enclaves of our country. Out in regional Australia, the linguistic hygiene of the inner city has no purchase. And no one is pretending to the contrary. All the tropes of misogyny are there writ large,’ he said.

In this political context, The Shepherd’s Hut is a story where the intersection of class, gender, race and geography unfolds into contemporary concerns we talk about daily, only perhaps in more sanitised ways. Big issue stuff like the effect of human existence on our planet and systemic violence in society. Things like climate change, patriarchy and capitalism.

Where critics draw very real connections between these ‘discourses’, Winton talks of friends and neighbours and family who are affected by them. Of young women learning to navigate the gender roles pressed on them and about lost boys who internalise and adhere to the scripts they are fed, who have tenderness shamed out of them — not in a way that excuses the violent or toxic behaviour that can arise from this, but that wants to understand where it comes from and aims to represent these individual lives without bending to ‘the pressure you feel to keep yourself nice and your discourse blameless’, he said.

‘Its not just that as the novelist you’re the conduit of all this nasty language and these ideas, finding yourself uttering things on the page you wouldn’t dream of saying in real life. It’s worse than that because you begin to feel after a while a bit like a foot binder, it’s like you’re holding him back. In one sense you’re just documenting this boy’s life, his utterances, his opinions, but you are also his creator. For the sake of the story, for the sake of some sense of realism, I’m withholding ideas and language from Jaxie that at every turn I instinctively wish to give him,’ said Winton.

‘Why? Because ideas and language are means of liberation and transformation. They could change Jaxie’s life, as they have changed mine.’

And so we are left with Jaxie Clackton’s philosophy of life: ‘To live you’ve got to be hard, I know that. But nobody wants to be a deadset cunt. That’s just not fucking decent.’

Winton is known for writing stories about individual people living in small communities.

‘I write about these people and communities because they trouble me and fascinate me. I’m curious about these folks. I worry about them. I think they are worth being interested in. And because of what I’m depicting, the attitudes and outcomes that actually apply in these places, I realise some readers feel uncomfortable and I understand that,’ he said.

‘If you are in the academy, say, or inner city cohort, this stuff is a real assault to the sensibility and quite likely you are attuned to a finer degree of offense because you enjoy a nicer normal — and lucky you.’

But when it comes to writing a book or creating art that doesn’t shy away or sanitise the shit and blood of life, Winton said there is still a real cultural pressure to present things not as they are, but as they could or should be. He brings this back to the age-old idea of art as an instrument or tool. ‘A novel isn’t a tool, it’s a toy,’ he said.

‘I don’t subscribe to an instrumental view of literature. I don’t write stories to prosecute a case. But when I speak of the novel as a toy, don’t get me wrong. I’m not belittling the form. It means too much to me.

‘And besides there is great embedded energy in a toy. Part of that is the sly power that comes from having no practical purpose, no work-a-day job to do.’

The connection between The Shepherd’s Hut and the broader issue of toxic masculinity in modern society was something Winton came to reflect on later.

‘I didn’t set out to write about the problems of men and boys, I don’t even do themes. I just followed the solitary, awkward voice and got curious … My book isn’t a tool, it has no answers. In writing it, all my attention was on a single boy who doesn’t exist. I was caught up in his particulars, his specifics, not in any generalities or theory. It was only later after I was finished and thinking about Jaxie’s prospects that I began to think about other boys, other men like Dylan Voller, I thought about Adrian Bayley too. I thought about Luke Batty.’

‘And that got me to thinking about what boys become, what they’re robbed of, what they absorb passively from those around them, what they assume or seize forcibly from others without a thought. And I’m still thinking.’