A thought provoking and disturbing production showcasing two fabulous performances.
Lynne Lancaster
[This is archived content and may not display in the originally intended format.] 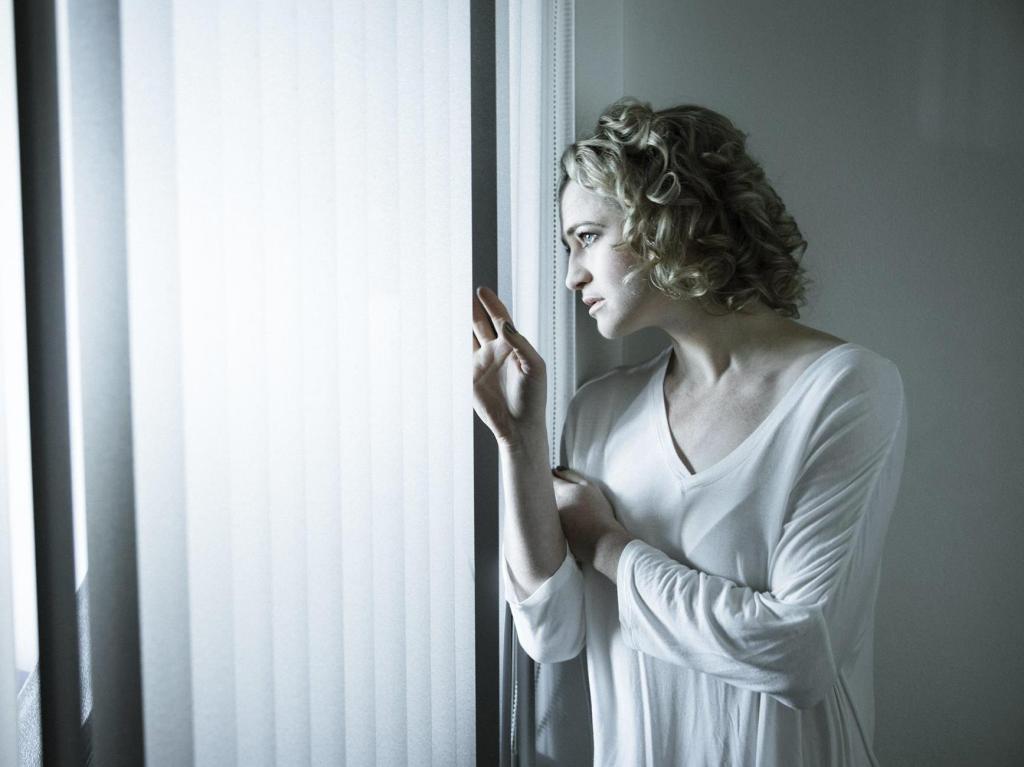 The latest world premiere as part of the ‘New Fitz’ program of Australian plays, Paper Doll is short, sharp, intense and very disturbing. Written by Katy Warner in response to the current mainstage sold out production of A View From The Bridge, Paper Doll is brilliantly directed by Lucy Clements and features two gripping performances by Lucy Goleby and Martin Ashley-Jones.

Staging is sparse and minimalist, the actors utalise the intimate theatre space in a bare black box studio effect with a few hand props. This creates an even greater sense of intense, urgent intimacy. It’s a powerful play about betrayal and hidden secrets. Paper Doll is a highly topical work examining sexual predation and pedophilia, showing a grown woman meeting her abuser, years after the events. It’s all about power and control and the threatening imbalance in the relationship – or is it?

The cast is tremendous. Bearded Martin Ashley-Jones arrives wet from standing in the rain, unable to obtain a taxi. At first, he appears to be a rather nice if perhaps a bit scruffy bloke, perhaps a bit uncertain, lost and nervous. He doesn’t have anywhere else to stay and she (Lucy Goleby), with her kind heart, says that she couldn’t let him be homeless.

But why then, is she so nervous? Why is she so disturbed? And why such strong repeated body language to keep him at a ‘safe’ distance?

Paper Doll raises lots of questions. The atmosphere is menacing, sinister – there is an aura of mystery, of confused female perplexity which turns into challenging revelations of major significance.

Ashley-Jones in his terrific performance swoops between repellent, powerful and controlling and drawing our compassion. At first he appears to be repentant and constantly apologises for what happened years ago. He appears hesitant and unsure – yet is this all a surface act? He also reveals the insistent maleness of the instinctive manipulator who always believes he is right and what he wants is good. We see him sad and emotionally hurt and vulnerable, teasing with shared memories and coaxing, almost pleading. (Yet he is also menacing and threatening at times.)

Goleby darts and stalks around the small stage area with watchful wariness. A good woman, she is still struggling to come to terms with what happened and has somehow managed to create a new life for herself. From the beginning she sets barriers and rules but He attempts to break them. She tries to come to terms with the past feelings of guilt and shame that still haunt her and always will. Goleby volcanically seethes with the rage of all women and we expect it to explode. Goleby comes close, she struggles to break out of her conditioning but her anger is heroically contained – just.

There is a compelling atmosphere of engrossing yet rather nauseating menace. This riveting yet disturbing work raises lots of issues and will provoke many discussions.