How I became a culture entrepreneur

Starting in a gallery and working as a PA helped Emilya Colliver establish three healthy, interrelated businesses that are taking Australian culture globally.
Gina Fairley
[This is archived content and may not display in the originally intended format.] 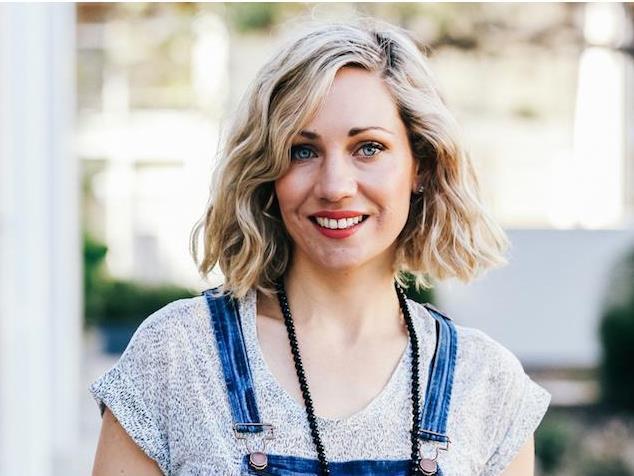 At just 36, and with three businesses under her hat, Emilya Colliver says that becoming a culture entrepreneur was ‘a natural progression’.

‘When I started Culture Scouts two years ago, I noticed that everyone kept doing all these amazing things – creative things in neighbourhoods – but no one was sewing it all together,’ she explained.

Now Colliver and her team conduct between 500 – 600 curated art tours a year across Sydney neighbourhoods.

They have recently taken their concept to the global tourism market, participating in the Australian Tourism Exchange (ATE17) in May, and Colliver has been named a finalist for the 2017 Sydney City Business Awards in the category for Business Leader (announced 7 August). Her success has come quickly. But how has Colliver made culture a business that works?

‘We are trying to show people the real Sydney,’ she said. ‘There is no one doing that at the moment – that is, to tap into what locals are doing.’

Spreading the love is good business

Getting the model right is important for any business, especially for a new business that is trying to find a unique niche in the creative market.

The premise of Culture Scouts – and indeed all of Colliver’s cultural endeavours – is to make art, design and creativity affordable and accessible to everyone, while supporting local Australian artists and makers.

Colliver and her team have developed a constantly changing repertoire of experiences. ‘The formula is there, but the experience is different every time – every tour is carefully curated. It is a really successful model,’ she said. ‘And it also keeps it fun – we don’t get bored.’

She added: ‘We decided that rather than create a company under our names, we would call it Culture Scouts so we have an umbrella to build under and to have greater flexibility.’

Under that umbrella Colliver is also founder and director of Art Pharmacy, an online gallery that hosts regular pop-up exhibitions around Sydney. She is also the founder and owner of Art Pharmacy Consulting, where she works with corporate businesses and individual clients. Colliver has just landed the contract to bring art to the new W Hotel in Sydney. Colliver also runs her own blog/online journal, presents seminars, and is an active mentor.

‘When I did the online gallery people in the early days of Art Pharmacy, people said it will never work; you will never be able to sell online, but it is still working to this day.’

She started the online gallery around the same time that Colliver was spearing the initiative to bring the accessible Other Art Fair to Sydney – a model that puts artists instead of gallery dealers in booths, allowing people to make connection with makers first hand.

While she has moved on from the popular fair, in essence its mission of accessibility has remained core to her business model – a model that is based on diversification.

‘There are other people who came into the online [arts sales] space and they are more technical than me, so I thought I have to change my business model because I can’t make money off just being an online gallery. So I said to myself, I will do a consultancy and Culture Scouts and see which one will do better. They both went, so they have both stayed,’ said Colliver.

‘This is a really good model to look at how you can start opening up your business and grow. But they really need to compliment each other – to be interrelated for it to work and make sense,’ said Colliver.

The challenges of success

Culture Scouts and Art Pharmacy have grown at a lightening pace, and while there is a level of adrenaline rush that fuels that pace and keeps it pushing forward, it is accompanied by challenges.

Colliver told ArtsHub: ‘In the early days we wanted to start expanding by doing more tours to other destinations, but we stopped ourselves and just concentrated on three areas. I think that was quite smart, and today Surry Hills is so big that we have eight tours here alone.’

She also believes in the importance of knowing your product and your niche in order to stay true to it.

Recently she had clients from America on a tour and thought perhaps she should hire a car – an idea she quickly nipped in the bud. ‘What am I talking about?! You have to come back to what you do. I am all about meeting someone and showing them around a local area – walking the streets is key. You have to keep reminding yourself of that as you grow,’ said Colliver.

Engaging with the tourism sector has also been a challenge for a small business, she added.

‘The people you are dealing with – it’s a different kettle of fish. We do a lot of press and media tours for Destination NSW / Tourism Australia. It is up to the journalist to write about the tour, or for people to social media their experience, or buy something. It is not a given. Managing the expectation of the suppliers can be difficult.’

She continued: ‘We love to help small business – they need our help and that is what I am really passionate about, being a small business owner myself – is going in to, exposing and showcasing those creative businesses.’

When asked whether her age offered that edge to success as a young entrepreneur, Colliver told ArtsHub: ‘I think so. When you are young you can be a bit more tenacious.

‘When I look back now, I am reminded that people kept saying, “You can’t do that”, and I was, “Why not?” You may as well give it a go. Not everything I have done has worked. If you make mistakes it will be the best thing you do, as you will never do it again,’ she said.

‘In the early days I used to go to all these big events and hear people speak and then I got to the point where I had enough of hearing other people and I just wanted to do it myself. You have to trust yourself at some point.’

For a small business that started just two years ago it is not the usual path to be doing media familiarisations with journalists from the New York Post, China Daily, The Guardian and Lonely Planet.

‘For us to get to “export ready” we are now dealing with international journalists who are writing about Australia, and we are showing them places that locals go – and it is more culture and design focused! It is new material that hasn’t been written about before, and it is constantly changing,’ said Colliver.

Culture Scouts has started to crack the tourism market both domestically and internationally – something many big art institutions have not done. At ATE17, Culture Scouts was presented alongside beautiful beaches, koalas, kangaroos and rain forests – finally altering the dynamic. And it has worked.

‘I am still trying to get my head around the language and trying to understand how the distributions channels work,’ she said.

‘We had a lot of industry people say to us, “why are you going to ATE – it’s so early for you and it’s so much money?”, but you can’t listen to that. We know we are ready and everybody is so excited about our product we are offering.’

Do you need to be OCD to succeed?

Does being a culture entrepreneur require you to be a perfectionist, to be still drafting emails at 10pm?

Colliver admits that she is neither. She said that her best training came from working for someone who did not micro-manage her every move. ‘You get the best out of someone if you give them [autonomy],’ she said, adding that trusting people had become her philosophy rather than manic perfectionism.

‘I make quick decisions and I always back myself. I have a healthy self-confidence,’ said Colliver.

‘I like being efficient. I don’t like things dragging on, and if you don’t like something then just say so and stop and do something else. And if people aren’t appreciating what you are doing, you are not working with the right people,’ were her gems of advice.

‘I like the philosophy of not listening to people,’ she added.

Colliver studied art history and archaeology at SOAS and UCL in London. She has worked for some of the top art galleries and institutions in the world, including Lisson Gallery, Hauser & Wirth, The British Museum, Eskenazi, and private collector James Birch Esq.

‘I had my CVs printed out and I knocked on doors on Bond Street. My first job was as Eskenazi’s PA,’ she said. ‘And then for my second job, I went to Frieze Art Fair and walked around with my CV and gave it to Nicholas Logsadail [of Lisson Gallery]. I was like – I need to meet the decision makers,’ said Colliver.

She said that her real break, however, was working for Birch. ‘He totally took me under his wing and mentored me. I was like this young Australian girl hanging out with this big art collector. I remember the first day I worked with him we had to push his car to get it started, but he had all these expensive art works in the back. He made me realise that art doesn’t have to be elite, and that is where I got it from.’

Reflecting back on her career, Colliver said: ‘I think I am most proud of small pop up shows I did in the early days. When I see young girls like me doing that, I think, you don’t even know where this will lead.

‘I saw this one girl; she said this is so much work. She had her parents there helping, she was buying the drinks, schlepping the rubbish – I have done all the hard grafting. Now I don’t have to.’

‘It is like going to ATE this year. It is probably the best thing I did because I stepped up into it. You have to take a stance to go to the next stage, and that take a lot of hard work – if you want the pay off.’

Colliver concluded: ‘There is never a better time to start a business. There is free business advice, starting a company is cheap, a website doesn’t cost any money, you can get business cards for about $100, you can create visibility on social media.

‘In the early days of Art Pharmacy when I was started out, I had nothing – literally peppercorn finance – but if you work and collaborate with people, that is really important to grow what you are doing. Be self-confident and trust yourself,’ she said.