A perfectly cromulent play, Mr Burns will embiggen the spirits of even the most casual Simpsons viewers.
Glen Falkenstein
[This is archived content and may not display in the originally intended format.] 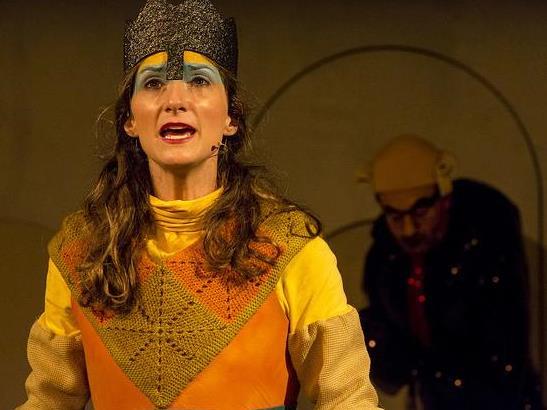 Imagine a world where Homer didn’t avert a disaster at the power plant and everyone is plunged into a lightless wasteland devoid of electricity. Survivors gather around a fire, reminiscing of times past and recounting their favourite Simpsons episode, the significance of which soon takes on mythic proportions as innuendo, recollections and choice-retellings of what were once throwaway lines soon begins to dominate a newly established cultural landscape.

At once a horrific and hilarious predicament, Mr Burns novel premise, savagely engaging how culture transforms through reinterpretation in perhaps one of the most sadistic of possible scenarios, will be enough to entice those yet unswayed by Matt Groening’s creation while delivering a range of fan-service for Simpsons-tragics that may never likely be seen outside of the show itself.

The first Act, dedicated simply to the extrapolation of one well-chosen Simpsons episode, both readily recollectable and notable for the level of its laugh-per-minute delivery, will be a joy to watch for anyone who grew up smashing out ‘See My Vest’ or The Planet of the Apes Musical. Characters recalling just what Sideshow Bob said in a pivotal sequence and some of the best one-liners and gags ever seen in the series, a site in and of itself no doubt familiar to anyone who has ever struggled to remember a Simpsons zinger, will have just about every audience member wanting to join in on the exchange.

Heralded by Brent Hill as one of the survivors, who later goes on to depict Homer in the show’s most spot-on impression, is a delight to behold. Mitchell Butel excels as the title character in the show’s final and most outrageous Act, as disconcerting as it is compelling for its skewering of chart-topping hits and pop-culture stalwarts readily familiar to us but to which a future audience, potentially subject to decades of societal shifts and trials, as the play thrillingly makes apparent, may realise very differently.

The causal links between the three stages of the production, taking place decades apart, do require some far-reaching leaps in logic to draw a connection between the play’s sparsely divergent elements. Concentrated in each Act on outlining cultural thought and evolution through three very different types of theatre, Mr Burns contains a Beckett-esque exchange of wits, a play within a play ripe for pantomime and musical theatricality and finally the most outlandish of possible developments too riffing on various strands of theatre and the cultish following to which The Simpsons already lays claim.

Visually entrancing to no small degree as a result of the play’s talented cast who certainly provide food for thought, the connections between each stage are just that bit too oblique so as to favour confusion at times over the revelatory and joyous moments that so often jump out throughout the final Acts. As with The Simpsons famous staging of A Streetcar Named Desire, too referenced in Mr Burns, here a frankly dark premise has been taken and, while by no means detracting from its dramatic depth or impact, given an audience a reason to laugh loudly and frequently.

A treat for any Simpsons fan and certainly an enticing entity for the unconverted, Belvoir’s Mr Burns is much more than ‘sex appeal and a catchy name.’