This Is How It Always Is by Laurie Frankel

In a harsh world, Laurie Frankel's Walsh family is one you'd like to be part of.
Liza Dezfouli
[This is archived content and may not display in the originally intended format.] 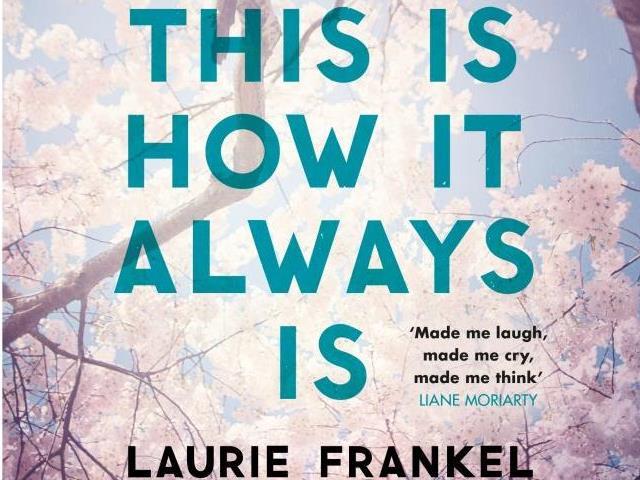 Cover image: This is How is Always is image via hachette Australia.

If you’re a fan of Liane Moriarty then I can confidently say you’ll enjoy This is How it Always Is by US writer Laurie Frankel; I would have sworn this book was by Moriarty if I hadn’t known better. It is no coincidence that Moriaty was asked to endorse the book. In the cover quote by Moriarty she says ‘Made me laugh, made me cry, made me think.’

Frankel’s third novel is the story of an especially loving family negotiating their youngest child’s departure from the ‘norm’. Rosalind is a doctor and her husband Penn is a novelist. They have four boys in quick succession but they still want a daughter. When their fifth son Claude becomes Poppy at the age of four, her parents and brothers are fine with it and everyone is protective of their new little sister’s secret.

By the time Poppy is school-aged, however, the family is faced with the ongoing issue of secrecy and how to mitigate the fall-out if the world discovers their little girl has a penis. However one starts out, they learn, the world requires one to be either a boy or a girl. The message from preschool is clear: gender dysphoria can be accommodated and there are legal obligations to do so, but there is zero tolerance of boys dressing up as girls. ‘Kindergartens are not set up for ambiguity,’ declares Poppy’s pre-school head. Poppy’s parents are unwilling to pressure their child in the direction of making unalterable life-changing decisions at such a young age. When things become intolerable for Poppy at primary school the family shifts to another city to start over. Issues of openness, consent and disclosure are explored here in the type of story where you feel as though the characters are your personal friends. The family home is sanctuary in an unsafe world.

The central question underpinning the story asks ‘when it comes to gender identification, what is normal?’ Our society has clearly defined markers for male and female presentation; gender is a performed role which causes us all no end of grief. Other cultures may have a caste or cultural subgroup allowing for a ‘third sex/gender’ but in the west we struggle to allow for anything in between; we can’t tolerate not knowing if someone’s a boy or a girl. This novel gives us characters ensconced in white middle-class society – ‘people like us.’ (Although these people don’t like swearing, making them unlike us. You can’t help thinking that there would be strong language if this were an Australian family!)

In creating characters who are non-threatening, ‘not ‘other’, Frankel raises issues for her mainstream readers in a fascinating exploration of considerations most will never have to face.

This book is written with huge affection for its characters, many of whom are given cracking senses of humour by their creator. If I have any beef with this splendidly readable book it’s that everyone is way too resolved and kind-hearted: the family of four sons and (mostly) daughter are saner, nicer and more grown-up than most anyone I know. Even when one of the brothers acts out, apparently against Poppy, his problem turns out to be the burden of keeping the family secret.

As Poppy hurtles towards puberty, her parents need to start talking about hormone blockers, surgery and the like; Penn wants to make decisions, Rosie wants to avoid them, and as a story teller Frankel knows better to resolve anything too neatly. This Is How It Always Is deals in part with a much bigger story: the life expectancy for transwomen in the States is shockinlgy below average- 35, at least for those of colour; numbers for whites are unclear. Suicide rates are greater than average in this underclass for both groups. An accessible novel exploring how psychologically healthy intelligent parents react to their child’s gender dysphoria offers an entertaining opportunity for readers to think deeply about the impact of prejudice without being preached to. Completely and enjoyably readable.

This Is How It Always Is