Sex After Sixty: A French Guide to Loving Intimacy

Good sex is entirely possible for seniors, according to author Marie de Hennezel.
Liza Dezfouli
[This is archived content and may not display in the originally intended format.] 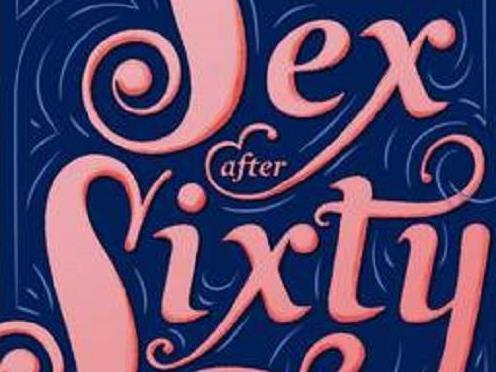 Marie de Hennezel is a psychologist, psychotherapist and advisor to the French Ministry of Health on palliative care matters, and is well-known in France for her ten books about issues of ageing, which have been translated into 22 languages. Sex After Sixty came from her readers’ interest in a chapter of an earlier book, The Warmth of Your Heart Prevents Your Body from Rusting. In the introduction she offers her perspective ‘as a Frenchwoman’ (the French, naturellement, being experts in amour) wishing to herald a ‘new sexual revolution for seniors.’ She also talks about striking a balance ‘between modesty and immodesty’ in this exploration; whereas frankness, you’d imagine, might be more useful in a guide to sexuality.

De Hennezel focuses her writing and research solely on the heterosexual couple, speaking about sex solely in terms of relationship and intimacy, sharing stories of couples and lovers in their late 70s and older. Perhaps it’s merrily pouring men in France (unlike the well-documented drought older women endure here – the climate change nobody bothers to deny!) For mature laydeez wizout a lover, de Hennezel’s observations that this might be because they aren’t ‘ready for love’ or aren’t ‘clear about why they want their love-lives reinvigorated’ are teeth-grindingly patronising and unhelpful. De Hennezel assumes a romantic/sexual relationship with an available man is a realistic possibility for the single older woman, when (mostly due to demographics) it isn’t, the exception being travelers to countries where economic advantage allows the mature woman an opportunity to form an understanding with a younger, virile man, but de Hennezel declines to take her readers on any such voyage. De Hennezel does allow for lonely widows and divorcees, but posits that lack of sex among seniors could be because too many men are watching porn. (Too many men are dead, actually.)

‘Women are always on the lookout for love’ she claims, not allowing that some older women might be done with men and relationships, and may prefer more casual arrangements. Or other women. Who knows? Marie de Hennezel positions herself as one who does, but her take on successful sex over 60 is to do with abandoning ‘performative sex’ (by which she means penetration), and accommodating erectile dysfunction the best one can by focusing on emotional connection. She chats to several women looking for partners in the demoralizing domain of internet dating (an ‘adolescent, idealistic’ activity, according to her) and shares stories of their respective disappointments – quelle surprise. There’s no mention of Tinder – perhaps Tinder isn’t taken up by the over 60s, but de Hennezel hasn’t bothered to find out.

Besides being written entirely for the heterosexual woman interested in love, Sex After Sixty takes a middle class and surprisingly ableist tone. Not everyone can afford or is physically able to take themselves off on retreats to reinvigorate their love-lives via Tantra and suchlike. Sex After Sixty isn’t a practical read, merely glancing at the issues of age-related disabilities and how they might be addressed when it comes to sex. The book fails to mention oral sex (!), fleetingly mentions toys, and nods imperceptibly towards masturbation – bizarre omissions when you’re talking about both sensual pleasure and erectile dysfunction in the same paragraph. De Hennezel informs us how satisfying it can be to allow a flaccid penis to simply lie at the entrance to one’s vagina and let ‘the genitals find each other.’  In effect, this book reads as being in service to the ageing dick; it is definitely not encouraging of the adventuress. She touches on polyamory but doesn’t consider it seriously, describing a woman hankering for an openly polyamorous relationship with her married lover as ‘so demanding,’ and questions her right to be so. In a book celebrating emotional attachment, honesty seems to figure less happily than you’d hope, especially when it comes to the opinions of one Robert Misrahi, an elderly French philosopher who makes a case for ‘ethical secrecy’ in marriage. According to him open relationships simply ‘don’t work’ (really?) – he reckons the key to maintaining desire in marriage is to cultivate mystery and distance. One must protect one’s wife from knowing one has a mistress in order to avoid hurting her. So Frenchy, so tongue-in-cheek? But no, he’s serious.

De Hennezel laments the insidious power of our culture’s obsession with youthful beauty and the stigma surrounding the older person’s sexuality, examining cultural taboos around senior sex (which are, thankfully, changing), and acknowledges the need for aged care facilities to make access to a sex life possible for those who desire it. There’s no mention, however, of the importance of sex workers to the intimate lives of the elderly and infirm – a ridiculous and (in my opinion) irresponsible omission.

Sex After Sixty is a nice read for older couples looking to find renewed joy in their relationships, if that’s what they desire. De Hennezel refers to asexuality in terms of an aberration, whereas plenty of older women (and men) may welcome the relief of not having to please a partner sexually. If you’re not in a loving union, if you’re queer, or if you enjoy penile penetration, you probably won’t get much out of Sex After Sixty. Revolutionary? Pas de tout.

Sex After Sixty a French to loving intimacy

Published in Melbourne by Scribe Publishing