Out of Hand: Materialising the Digital

The onset of digital manufacturing marks a significant moment in the history of innovation.
Alexi Robinson
[This is archived content and may not display in the originally intended format.] 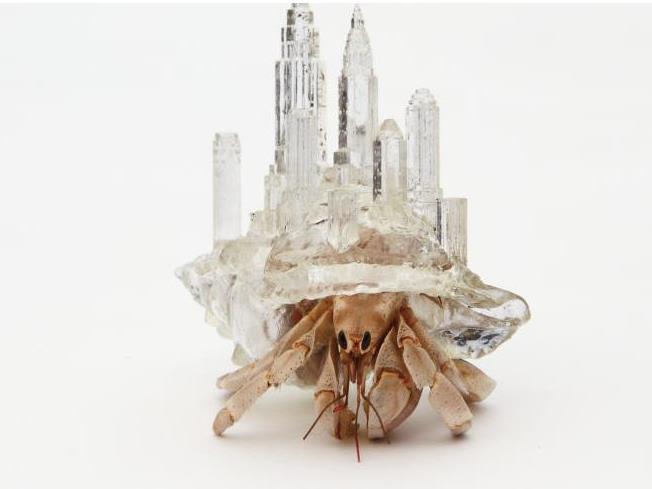 It is rare to walk away from something with the full spectrum of emotion yet as Out of Hand: Materialising the Digital proves, anything is possible. Whether it’s hope, wonderment, caution or unease one thing is for certain – the onset of digital manufacturing marks a significant moment in the history of innovation.

Presented by the Museum of Art and Design (MAD) in New York in 2013, Out of Hand was first conceived by Ronald T Labaco and set out to explore the way in which contemporary artists, designers and architects are engaging with this new method of manufacture.

When Chief Curator Matthew Connell encountered the idea of adapting it to Australian audiences he had his reservations at first; it was only when he laid eyes on the Golden Honeycomb Calcite of Envy 2008 – 16, a sculpture ‘more perfect’ than the Baroque masterwork of Giusto Le Court itself, everything fell into place.

In 2016 the Museum of Applied Arts and Sciences (MAAS) presents a new iteration of the exhibition, however builds on the original with insights specific to geography and historical context as well advancements since 2013, of which there have been many.

Framed by seven overlapping themes, the works of nearly 60 Australian and international artists, designers and scientists come together to prove just how malleable this new technology is, and how awe-inspiring when used as an outlet for creative expression. Combine technology, creativity and cultural preservation and it becomes something different again.

In just a few paces we discover that objects can emerge from reference to their two-dimensional archived origins and that the ‘charged space’ of reflection can be captured as physical matter as demonstrated in the interpretation, misinterpretation and reproduction of a candelabrum in Geoffrey Mann’s Shine.

Morehshin Allahyari goes on to reveal the possibilities around 3D printing as a process for repairing history and memory in her reconstruction of twelve destroyed original artifacts complete with stored USB flash drive.

‘Who knew a skull could be so beautiful?’ says Connell of a handcrafted custom-made and patient-specific cranial implant. Doctors can now better prepare for surgery with life size 3D printed hearts and in the animal kingdom, 3D-printed construction of artificial reefs encourage biodiversity and fast track effective reef development.

A few paces later, Francois Brument and Sonia Laugier make possible the materialisation of sound by writing an algorithm transforming sound frequencies into 3D shapes in real time and on a grander scale, Michael Hansmeyer explores the use of algorithms to develop a previously unimaginable architecture, without drawing a single line.

Technology is perhaps the greatest agent of change in the modern world: there are virtually no limitations. Yet in a society accustom to some form of framework around where something begins and where it ends, notions of authenticity, originality and creativity are challenged. Where Out of Hand succeeds is in its ability to offset the present by connecting to the past to remind us that human ingenuity has always been there, and that digital manufacture is simply a link in the chain – a big, bold and fascinating one at that.

Out of Hand: Materialising the Digital

As part of Sydney Design Festival

Works by more than 60 artists, designers and architects from around the world will be featured: including Barry X Ball, Zaha Hadid, Iris van Herpen, Aki Inomata and Ron Arad.