Ask No Questions of the Moth

Like good chocolate, Judith Lucy has just the right measure of bitterness and she’s never too sweet.
Jennifer Porter
[This is archived content and may not display in the originally intended format.] 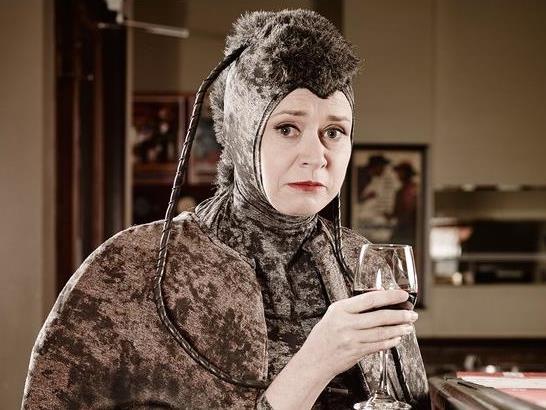 Ask No Questions of the Moth, Judith Lucy’s latest offering for the Melbourne Comedy Festival, is set in the comfort of the Playhouse Theatre in Melbourne’s Arts Centre. Lucy shimmies onto stage shaking a pair of maracas, and that isn’t some dodgy pseudonym. She immediately engages with the audience, asking them how their 2014 was, establishing the kind of informal rapport we’ve come to expect. But while the audience is only too willing to share, you get the impression that she doesn’t get what she needs, resulting in a slow start. There is an air of apprehension in the people she targets, no doubt acutely aware of her acerbic wit and how quickly it can cut. But, interestingly, despite the occasional joke at their expense, she is self-assuredly gentle with them.

This assurance seems to represent the coming-of-age of Judith Lucy. There is still the self-deprecation of old, but she is kinder to herself, and to those around her. Her voice and tone is so familiar to us that there is an air of intimacy about her shows, made more so by her self-confessed ‘oversharing’. We are reminded of how much of a Melbourne identity Lucy has become over her 20-year career.

The show is topped and tailed with reflections on her family, which gives a satisfying arc to the performance. Lucy reflects on the fact that all her family are dead now, her brother having died last year, and that her friends have become her family. To do this poignantly but without sentimentality points to Lucy’s depth of experience as a performer. I overhear someone comment on how quickly tonight’s performance has gone by, always the sign of a good show.

As a fellow middle-aged woman, I leave with more than the satisfaction of having had a good laugh. I leave feeling empowered and understood after enjoying that delicious sensation of life with all its awkward indignities being a shared experience. Judith Lucy is undoubtedly one of Australia’s leading comedians and a much loved part of Melbourne’s cultural landscape.

And like good chocolate, she has just the right measure of bitterness and she’s never too sweet.

Jennifer Porter is a Melbourne-based writer and reviewer. She is currently working on her first manuscript, a work of fiction set in the inner suburbs of Melbourne.