Australians don't dream of Broadway or the West End. They want opportunity at home.
Lachlan Philpott
[This is archived content and may not display in the originally intended format.] 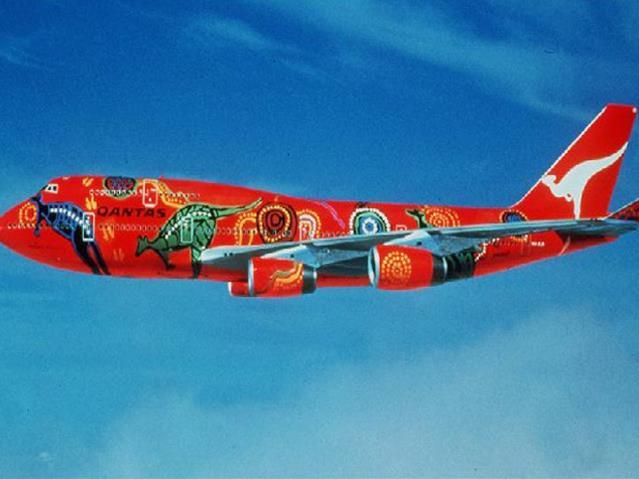 Cate Blanchett’s recognition of Australian artists in her recent Oscar speech was appreciated by many in the industry, even those frustrated by the lack of export of Australian plays from her as co-Artistic Director of Australia’s largest theatre company.

While it’s hard to dispute that it was a positive thing for Cate to say, wasn’t it a bit obvious?  Would anyone in that audience have actually thought that other Australians didn’t have talent? Are we that desperate for validation?

I have been privileged to travel to the US recently under a cultural leadership grant and will return there again this year on a Fulbright Scholarship.

One of the conditions of a Fulbright scholarship is that the recipient must return to their home country for two years after they finish. This time back home enables them to share what they have learnt with their peers and I find this quite exciting. In the past when I have been supported to travel internationally I have gained a great deal from the experience. But I have found it frustrating that on my return there were few formal opportunities to share what had been learned.  Without an opportunity to spread the learning, how valuable is the investment?

As the chair of the Australian Writers Guild Playwright’s Committee I speak to a lot of playwrights. There are a lot of reasons to be proud right now but there concerns about our ecology.  I have been thinking about our attitude to the art we make and the way it shapes our national and international ambition, the roles we take and the perspectives we often unquestioningly accept. I wonder whether our attitudes are serving to give us agency as artists here and further afield or are they just reinforcing very out-dated imperialist notions and resignation to institutionalised cultural cringe?

Some such notions I have encountered in our industry:

I am not for one moment trying to diminish the rich range of quality contributions and opportunities which come from international artists, education, exchange and collaboration. But ecologies are delicate and all species both native and introduced need to be monitored.

Some will say that this is a tired call but might making theatre about this help us grapple with the shape of our national identity, challenge us all to articulate a vision for our society? If not in our art forms, including theatre then where can we ask questions about ourselves, and our evolving society?

The problem is that bringing up these things gets you shut down because investigating and challenging ideas of national identity is seen as passé.

Survival shouldn’t be the challenge either. If artists constantly feel the pressure of having to justify the reason for their existence how can they move on and thrive, ask big questions, so that our art can actually find a way to make our world better, reflect and shape our evolving society, assist in us overcoming a legacy of colonialism and foster the respectful relationships we need to engage in the global arts market?

I am excited to keep learning about theatre and making connections and I am in awe of the diversity of practice and the generosity of artists in The US.  The reason I want to go back to the US is simple. It is a very positive environment to work in.  You hear it in the way people speak about their practice. You hear it in the care they take when they speak about their peers and in the way audiences listen, respect and investigate. While it might seem like a contradiction to criticise the pandering to an idea of the superiority of imported works – an internal imperialism – and then praise the same culture, there is a difference between importing works and artists and embracing a mindset.

Comparatively the Australian industry finds it difficult to celebrate its artists and achievements. Processes like job appointments often lack transparency, artists feel afraid to speak up and as a result there seems to be a negativity that isn’t conducive to solidarity amongst artists, evolution of practice or professional sustainability.

We seem to be afraid to engage in rigorous discussion about the art we make here. We seem to be either too busy to talk about anything in depth or too afraid to articulate our thoughts because speaking up in a very small industry might end up meaning we get labelled as a trouble maker or provocateur. Isn’t that what artists are meant to be?

I sat on a panel called ‘Leaving on a Jet Plane’ at the NSW Writers’ Centre’s Day of the Playwright recently. A number of playwrights who work internationally spoke about our experiences. Most of us spoke about the thrill of having your work on in a different culture and we also reflected on the isolation of travel, the financial challenges and risks.

Tim Daly, the Chair of the panel asked ‘If you had a fairy godmother and could work anywhere you want in the next five years where would that be?’ None of the writers nominated Broadway or the West End. We all said we would prefer to have our work on here.

What had led us to pursue work overseas wasn’t some juggernaut of success here but rather a feeling that local work had or would dry up and that if we didn’t push out then it may well be over. Producers and Artistic Directors in other places also seem to be very interested in our work. I was thrilled when Belfast company TheatreofplucK produced my play The Trouble with Harry but also a little confused. The Sydney-centric story had been developed with the support of Arts NSW, The Australia Council, Belvoir, Brisbane Powerhouse, Crea8ion, Focus Theatre, Mardi Gras, PlayWriting Australia, Sydney Living Museums and The World Theatre Festival and I always imagined the world premiere would be in Sydney. I am happy to report that MKA will give the play its Australian premiere later this year in Melbourne (with support from The Australia Council).

More conversation and strategies to increase confidence in our artists and their art will result in a more positive thriving domestic ecology which may not need to be reliant on leaders or validation from anywhere else.  When this occurs we will be truly empowered to seek and celebrate international success, embrace international learning and real exchange. 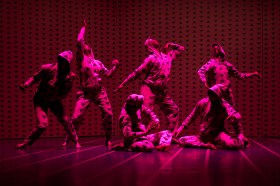 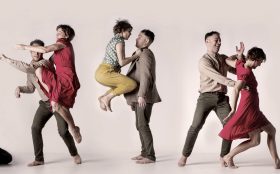 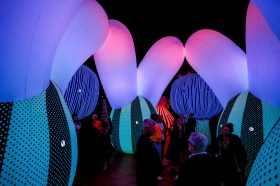 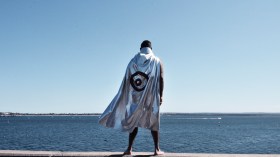 With the theme Free/State, curator Sebastian Goldspink has announced the line up for the 2022 Adelaide Biennial.