It is getting harder for working class kids to get a start in the arts. The result is inequity and a narrow cultural landscape missing the authentic voices of the less privileged.
Richard Watts
[This is archived content and may not display in the originally intended format.] 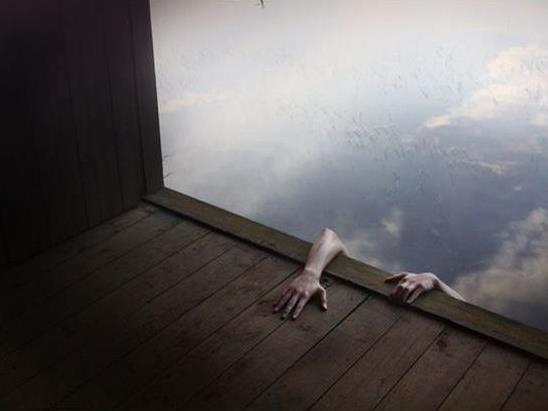 You don’t have to look hard to see that the Australian arts sector bears little resemblance to the culture it supposedly reflects.

The narrow focus of the arts in Australia disturbs novelist Christos Tsiolkas, whose novels such as Barracuda and The Slap are populated by a diverse cast of characters spanning the class spectrum. In particular he rues the lack of authentic working class voices and stories in our films and on our stages.

‘Opportunities for people to study in humanities and the arts are disappearing, so that’s having an effect. And I also think that, unfortunately, just as politics are getting more conservative, arts practitioners are getting more conservative. We don’t have that kind of dynamic writing or expression … the dramas of the Sixties and Seventies that were about working class life. I think you could go to a year of theatre in Melbourne and not really see a play that deals with that experience,’ Tsiolkas says.

Class is a difficult concept in Australia where blue collar workers often earn more than middle managers and inherited wealth is still the exception.

But playwright Damien Millar, who describes himself as ‘a member of the working poor’, said the values of Australia’s theatre sector are thoroughly middle class.

‘The theatre industry here, as long as I’ve known it and from well before, has nursed a kind of dream of being something other than it is. Something more authentic. Worthy. Brave. More like the stories it tells of overcoming. It expresses this dream constantly, sometimes in the work it brings to life, but most often in the way it talks about itself.

‘This dream is of course thoroughly middle-class, in both the cultural and financial senses of the term, in its striving and fantasy and over-promising. It suits that class so it has become pretty much entirely that class over time. I doubt it was purposeful or it wouldn’t be so full of illusion and regret,’ he said.

Visual artist Jodie Whalen, who is based at the local government subsidised Parramatta Artists Studios, does not see the same narrow range of backgrounds among her peers, but she is aware that the values they work to are still narrow. ‘I’ve been thinking about class in relation to the artists I know, and most of the artists I know come from working class backgrounds. But that said … we can’t deny that even though we come from working class backgrounds, the middle class are the majority of our audience,’ she tells ArtsHub.

Whalen believes there are several factors which may make the visual arts more accessible than the performing arts to people from a working class background. ‘There’s a lot of public programming run through councils and other kinds of initiatives that allow people access to workshops with artists … and I think the artists who stay on as artists aren’t necessarily the smartest or the most skilled or the most talented; they’re the ones who are dedicated. Who work as hard as they can, who have staying power, and who are totally dedicated to the work they are doing. And these are all the kinds of values you’d attribute to the working class – working hard, being dedicated to the work you do.’

Restricted access to the arts is certainly an issue for our elite training institutions, according to Geraldine Cook, Senior Lecturer in Theatre and Associate Dean (Equity) at the Victorian College of the Arts and the Melbourne Conservatorium of Music.

‘Of course you’ll always find a kid from a working class background who makes it as an actor … [but] the knowledge and the access and the capacity to build your career in the arts is still held in the hands of a few in Australia,’ Cook says.

Whalen is in complete agreement. ‘I can’t deny that there’s a lot of privilege there. I went through uni with a lot of middle class and wealthy students. If you don’t have the luxury of time, and money affords time, then your main focus is with your family and what your community is doing … it makes it more difficult to go to art school,’ she says.

It’s not a problem that’s unique to Australia; British actor Paul McGann recently noted that ‘the class divide is even stronger today. I wouldn’t get a start today.’

He believes stronger arts education in schools and affirmative action on stages are both necessary. ‘The argument you will always get from theatre practitioners is “Oh well it’s because we’re looking for the greatest talent,”. That will always be the line against affirmative action, which is bullshit. There’s enough communities, there’s enough talent out there, for that diversity to be reflected in both the plays we’re seeing be performed and the actors who are performing it. I just don’t buy that excuse anymore; I think it’s just laziness.’

Whalen also believes education is the key, both for early years and beyond Year 8 where the arts become an option only likely to be taken up by those with a background that reinforces participation.

‘It’s hard to see it happening any other way other than self-selection of course. But that’s also part of why the small industry in which I work is so middle-class and why that dream of being discovered and supported while doing something much humbler remains such a hypnotic dream.’

At the VCA, Geraldine Cook is actively involved in a range of programs designed to make entry into tertiary arts education more equitable. ‘The University has identified certain schools as belonging to the Higher Education Participation Program, and they’re schools which fit within the lower socio-economic status demographic. So what we’ve done is to create programs where we send artists, professional artists, who also our lecturers, into those schools and do an interactive workshop with those students,’ she explains.

‘The first thing they’re getting is hands-on experience with professional artists, and the second thing is an interactive experience. And the third thing you’re getting is a scholarship, where the schools are identifying a couple of students who will get a scholarship and come and do our short course public programs … and that’s another area where we were looking at kids from working class backgrounds, saying well, $400 or $500 to do a two week program in the summer and winter holidays is a lot of money for some parents, so this is a way to address … being locked out of access to cultural experiences.’

But Cook believes another form of education is necessary to convince the wider Australian population of the validity of the arts as a career.

‘We’re very good – and not just VCA but generally in Australia – we’re very good at giving kudos to people who become celebrities, who do really well in Hollywood and who make great films, but we’re not very good at actually promoting what the majority of our artists do, which is a working job every day. I think we’ve got to get much better at educating people that the arts is one of the professions where you really have to multi-task; you have to be engaged politically, socially and culturally in order to sustain your life in the arts,’ she says.

‘And I think the other thing is that the older artists in our community could do is to show younger artists the strong nexus between politics and the arts. People are disadvantaged here because of what’s happening economically and socially and politically in Australia, and the arts is one space where you can enter and critique that safely – that’s what we can do, and that’s what we should be doing.’