BELVOIR STREET THEATRE: An affecting, powerful play, Angela Betzien's interconnecting stories could easily translate to a film.
Joan Beal
[This is archived content and may not display in the originally intended format.] 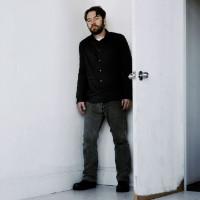 Written by Angela Betzien and directed by Leticia Cáceres, The Dark Room is a stark and very powerful play. In their notes on the programme, Betzien and Cáceres write that through their company, RealTV, they are dedicated to telling stories of those without power, particularly children.

The place is a motel in The Northern Territory, seemingly far from town, where six characters play out their stories in one of the rooms at different points in time. They are connected to each other through the room, through their words and through their inescapable shame – their own dark rooms, if you like. The subject matter is heavy, but the performances and the production values of The Dark Room make this a really worthwhile night out. It’s a play that will leave the theatre with you.

The three interconnecting stories of the play are skilfully joined through a shared stage; the characters from one story are oblivious to the others, but at points echo the same lines which create layers of meaning. The main story is that of Grace (Billie Rose Prichard), a terribly damaged young woman, and Anni (Leah Purcell), a veteran of social services who, due to the shortage of emergency housing, has had to bring her young charge to a motel. Stephen (Brendan Cowell) and Emma (Anna Lise Phillips) are a couple who have inhabited the same room and like Grace, Emma’s sensitivity to the room’s atmosphere makes her stay an uncomfortable one.

Cowell’s character of Stephen is comedic in his attempts to kick on an already big night with his work mates, while his pregnant wife stays put, but it’s not long before they confront their own demons. Stephen’s superior, Craig (Cameron Stewart) is another guest of the motel, whose objective is to intimidate his subordinates into lying for him. His secret, we learn, is Joseph (Bjorn Stewart), an incredibly lonely young man whose cross-dressing presence threatens Craig’s own conflicted sexuality. The Dark Room is like the end of the line for all six characters – no one can escape their own shame.

The small performance space of the downstairs theatre creates an immediate, confronting experience. Add to this Michael Hankin’s depressingly effective set complete with dated brown walls and dirty windows, and it’s easy to believe that beyond the motel room door lies a dark, vast expanse, lonely and forgotten. Pete Goodwin’s heart-thumping, bass-heavy sound design perfectly complements the subject matter and creates cohesion in the whole production, and Christopher Page’s sterile and jittery lighting design helps to underline the nervousness of the characters (and the audience).

The cast is excellent; Prichard makes easy work of her character, effortlessly portraying Grace, who is at once a vulnerable child and a potentially dangerous young adult. Cowell flawlessly takes his role as Stephen from the humorous, drunken wedding guest to the frustrated cop impotent in the presence of his intimidating superior, Craig.

My one criticism is of the third storyline, Craig and Joseph’s. Their relationship doesn’t have enough stage time to develop a better understanding of who Joseph is and how he and Craig relate to each other. Running at 80 minutes ensures a punchy delivery of the subject matter, but with such good writing, casting and production, I would have happily sat through the extra time needed for these two characters.

This play could easily translate to a film but for a truly affecting performance, get yourself to the Belvoir and inside The Dark Room.

Joan Beal is a keen theatregoer. She works in book publishing and lives in Sydney with her husband and two cats.