Now more than ever we need more empathy in the world, argues Rosemary Sorenson, Director of the Bendigo Writers Festival.
Richard Watts 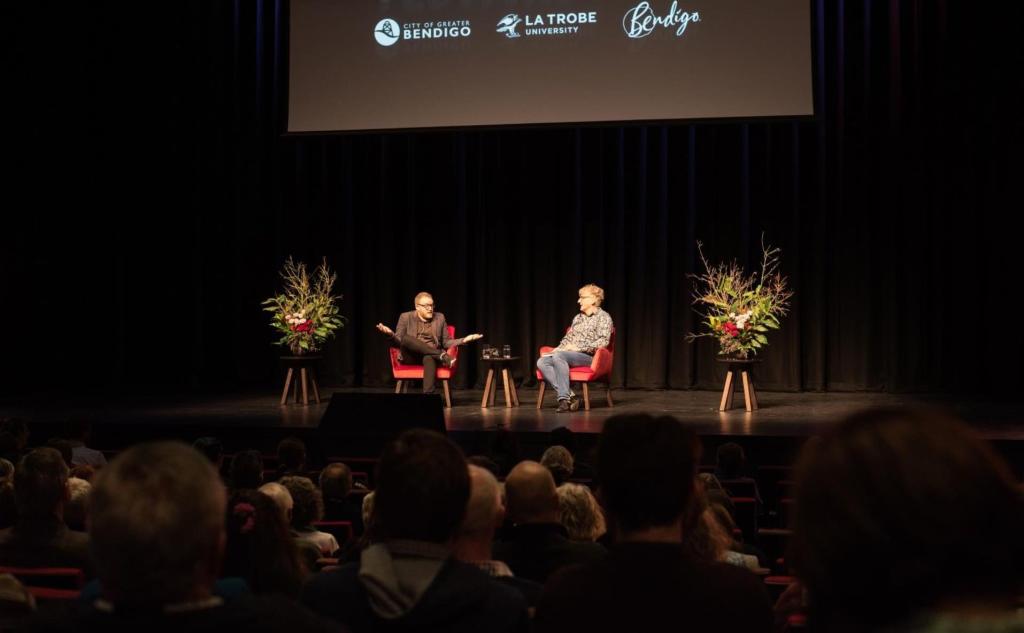 Bendigo Writers Festival hosts discussions about every kind of writing under the sun. Image supplied.

Many Australians turned to the arts for comfort during the long, bleak days of 2020. For readers especially, lockdown provided the perfect opportunity to immerse oneself in the pleasures of a good book – a situation which has definitely benefitted the Australian publishing industry.

According to data released by Nielsen BookScan, sales of adult fiction were up 12% in the first eight months of 2020 compared to the same period the year prior – a fact which hopefully puts claims about ‘the death of the book’ finally and comprehensively to rest.

Rosemary Sorenson, Director of the Bendigo Writers Festival, is intimately familiar with the allure of a good book – and also aware that the death of the novel has been predicted since at least 1925. She’s keen to see this topic explored – and perhaps even laid to rest – in the festival session Smart New Earthlings, featuring the writers Ella Baxter, Madeleine Ryan and Elizabeth Tan.

‘What we’re going to say to them is, “Why are you writing books?” And then you know the answer to that question – it’s because writing is wonderful,’ said Sorenson.

‘Nobody can take away that joy from the writer, that passion to do the writing. So anyone who thought books were going to disappear was wrong.’

First held in 2012, Bendigo Writers Festival is one of numerous events to have put the City of Bendigo (located some 152 kilometres from Melbourne) firmly on the cultural tourism map. Home to the Bendigo Art Gallery (currently hosting the exhibition Mary Quant: Fashion Revolutionary, an Australian exclusive) and music festivals ranging from the Bendigo Chamber Music Festival to the Bendigo International Festival of  Exploratory Music, the city offers a range of venues within easy walking distance of one another in the heart of the city.

As with other great festival cities like Edinburgh and Avignon, Bendigo is also the perfect size, ensuring that you can’t miss the fact that Bendigo Writers Festival is underway once it kicks off in May.

‘The size of the city just works,’ said Sorenson. ‘We are blessed by that – and by the distance from Melbourne, too. People do come from around the country now, but Melbourne people love the festival and the weekend away, because it’s not a huge commitment – you don’t have to get on an aeroplane and you can get here easily, and there’s lots of other things to do.’

STREWTH, WHAT A YEAR!

Last year was meant to see Bendigo Writers Festival move from its traditional timeslot at the end of the winter to earlier in the year, in May. Then along came the pandemic. The chaos caused by COVID-19 is gently and playfully acknowledged in this year’s festival’s theme, Strewth!

‘We wanted to acknowledge that things have been tough and lots of people have been mucked around and had very few hard times. We want to acknowledge that, but we didn’t want to get down about it. So we thought the best way to do it was find a word which wasn’t a swear word, but still got across the idea of astonishment, while also being a bit comic,’ Sorenson chuckled.

As with other great festival cities like Edinburgh and Avignon, Bendigo is the perfect size for cultural events. Image supplied.

A former journalist and editor, Sorenson didn’t want the festival program to be restricted by too specific a theme.

‘I don’t even like the word “theme” because people think that everything’s going to be about those few words, and … that’s dull, really – kind of restrictive,’ she said.

‘And one of the things which is positive about our festival is its eclecticism. We usually say, “we’ve got something for everybody”. Now, that’s impossible. However, with a program that has lots in it, you really can have a great range for people.’

Sorenson’s 2021 program covers a variety of literary styles, ranging from literary fiction to graphic novels, and a dazzling range of topics including politics, ornithology and spirituality. One moment patrons can hear writers discussing their favourite songs, accompanied by live music from Melbourne band Stereo Stories; the next they can learn about the significance of songlines and the importance of Country.

‘I always come back to Yeats: “The best lack all conviction, while the worst/Are full of passionate intensity.” And he knew that because he was living through a period when awful, awful things were happening. So to understand that you’re not alone is so important. The whole process of literature is about putting yourself in the position of others, and I think it’s time that we stopped saying, “that’s a worthy thing to do” and realised that it’s a healthy thing to do. It’s a way that you can help yourself as well as helping others.’

Sorenson sounds almost surprised that this year’s Bendigo Writers Festival program, with its mix of in-person and digital events, has come together as planned.

‘Back when I was in the middle of planning, nobody even knew really whether there would be live events and nobody knew what the recorded events or the live streamed events would look like. So it was a bit of walking in the dark, really. But it seems to have come together. Bottom line, I think you’ve just got to try something – you’ve got to trust your instincts and you’ve got to go into it with hope,’ she told ArtsHub.

Bendigo Writers Festival runs from Friday 7 May – Sunday 9 May 2021. View the full program.