Why smart cities should invest in the arts

Striking public art is drawing attention to Sydney on the global stage.
Brooke Boland
[This is archived content and may not display in the originally intended format.] 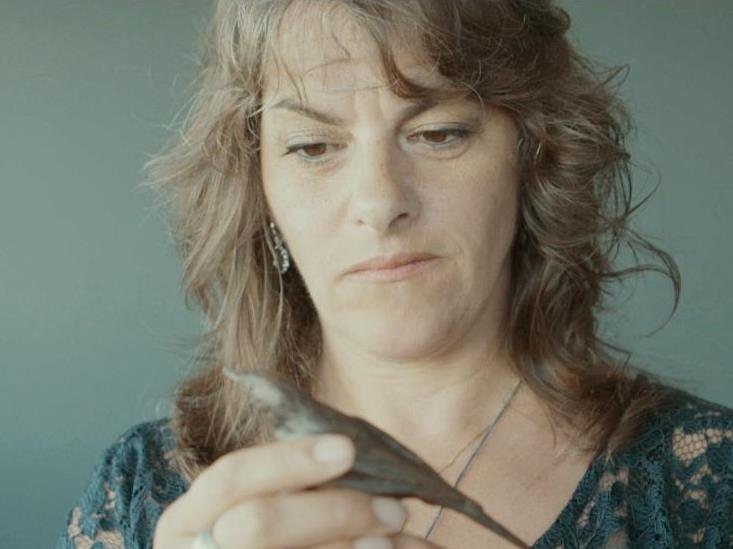 The artist Tracey Emin holding one of the birds for The Distance of Your Heart. Tracey Emin 2016; Image supplied.

At the recent Remix Summit in Sydney Leslie Koch, President for The Trust for Governors Island in New York delivered a keynote presentation. But it wasn’t only what she had to say on the development of Governors Island that was interesting.

Koch admitted that before coming to Sydney she did a little bit of research to find out what she wanted to see during her visit. One of the things that made the list was the bird cages in Angel Place, as she called them, a public artwork by Michael Thomas Hill known more formally as Forgotten Songs. 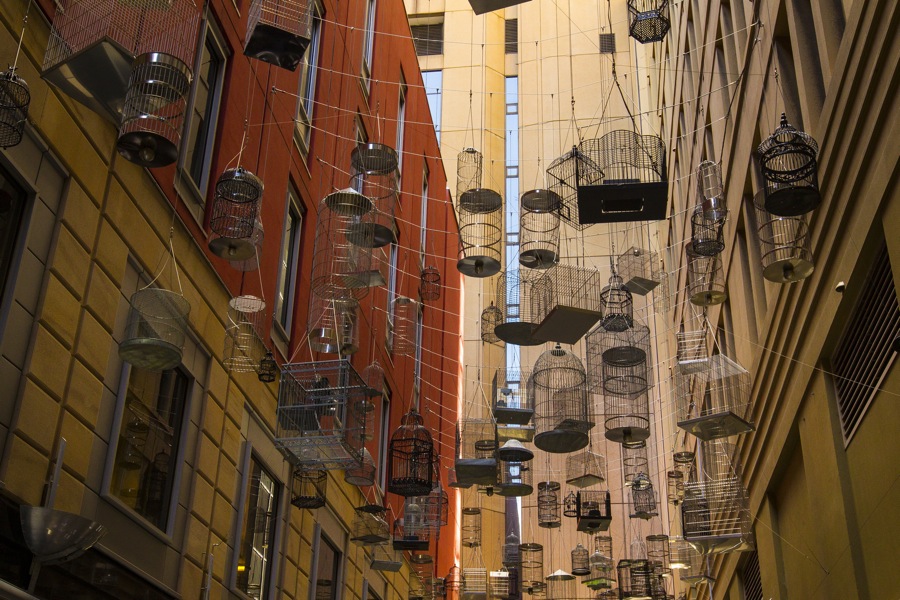 As City of Sydney Design Director Bridget Smyth said, ‘It was so interesting that she had made her bucket list of things to see in Sydney and one of our small public art works was on that list. It’s not on any Tourism Australia brochure or anything like that but informed tourists might do that research and deliberately go and see these works, or even stumble across them.’

This is how public art can resonate with the audience it serves and is why smart cities keep investing in the arts. The bottom line is the arts and culture of a city draws people in and has the potential to turn a city from a stop-over to a destination.

‘Public art that does engage with people and resonates with the city will create a kind of tourism product because people will want to go and see it. They will want to walk and sit in that public space and Forgotten Songs in Angel Place has done that by default,’ said Smyth.

That’s not to say the City of Sydney has invested in public art just to build an international profile, but it shows that the way art engages the public has far-reaching effects, creating and reflecting the culture of the city. That’s what makes people want to visit.

In line with the City’s City Art Public Art Strategy new works have been designed and developed as part of a strategic plan to create a sustainable and liveable Sydney. The City has commissioned 16 new permanent public art projects, a welcome addition to Sydney’s current City Art public art collection that includes 266 works.

Driven by guiding principles such as recognising Aboriginal stories and heritage, supporting local artists, and activating public space through art, the Strategy is all about expressing the culture of Sydney through an artist’s interpretation.

‘We sincerely believe that cities around the world today are becoming increasingly more homogenous, where one city can look like any other. You can pass from one city to another and not really even understand the culture. We are really committed to building a city that is liveable and a city that reflects the culture that shapes it and we think artists have that unique capacity to tell stories, to bring distinctiveness, and to bring identity to a city,’ said Smyth.

Two artists who will bring distinctiveness to Sydney

A new work, The Distance of Your Heart by internationally acclaimed British artist Tracey Emin, will be delivered alongside the George Street light rail project in 2018. The Distance of Your Heart is a series of delicate handmade bronze bird sculptures that, if followed, take the viewer on a journey through the city, down Bridge Street, through Macquarie Place Park and up Grosvenor Street. The work addresses distance, explained Emin. The distance between Australia and the rest of the world and the personal distance felt by individuals who are away from the people they love. These feelings of loneliness are expressed through the form of the bird.

‘Tracy’s desire to make us reflect on where we are in the world, the people we’ve left behind, the people we love that live at a great distance is for us to have a moment of reflection in the city – a personal and intimate moment. The small scale and delicacy of the birds and their interplay with these beautiful heritage buildings on Bridge Street that you follow, or you connect from one bird to another on a kind of treasure trail, is one of intimate engagement with the built environment and the city,’ said Smyth.

In a co-commission between City of Sydney and the Biennale of Sydney, local artist Agatha Gothe-Snape will also deliver Here, an Echo in 2017.

Here, an Echo will be installed in Wemyss Lane on the edge of the city and will create another opportunity for visitors to contemplate and engage with the city in a new way.

‘It’s an interesting part of the city – you have the rich history of Oxford Street and its glittering nights, the formality of Hyde Park, the commute of workers from central to the city centre and other experiences all converging here,’ said Gothe-Snape.

Input from the public was gathered for this work during a series of walks, curated by Gothe-Snape in collaboration with choreographer Brooke Stamp at the recent Biennale of Sydney. The act of walking the city was a way to collect this information which will form the basis for the permanent text based work and draws from the experiences of the audience who participated in carving their own path through the city. 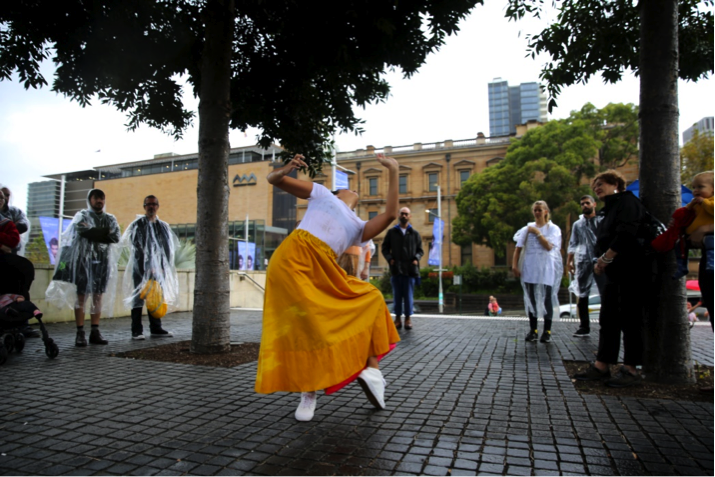 ‘I’m so interested in the relationship between the physicality of the body and the ground and how people are choreographed through the city with this signage. So the work rests on those logics of where we walk and what information we observe,’ said Gothe-Snape.

‘I really think art in the public realm has an incredible potential to pose open-ended questions and offer insight into things that aren’t immediately understood. People enjoy things that aren’t completely obvious – this leaves spaces for them to fill in the blanks – the space between the words.’