A $20,000 acquisitive prize is offered by the Shepparton Art Museum’s Indigenous Ceramic Award, entries for which are now open.
Richard Watts 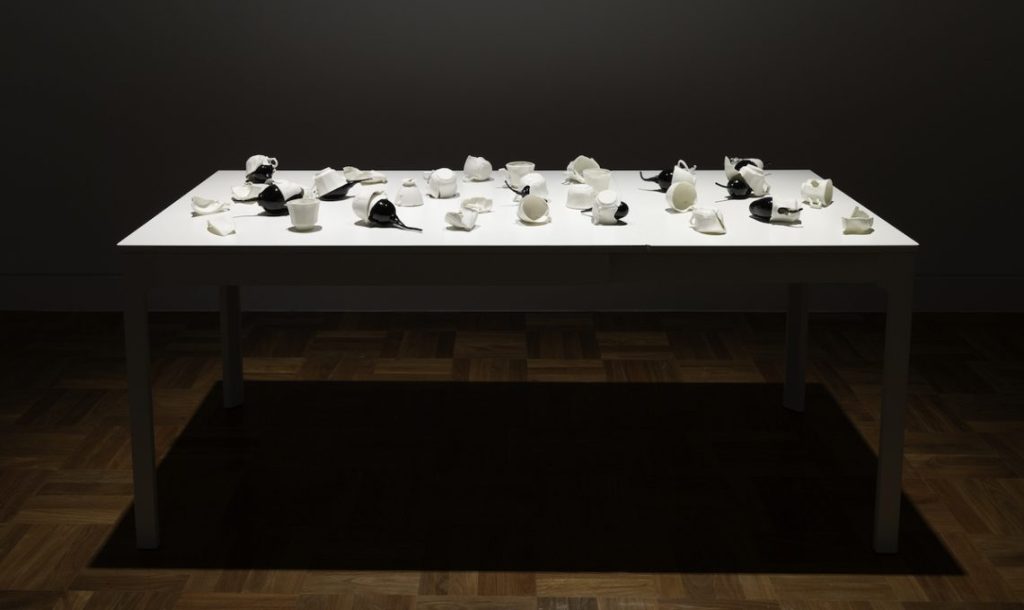 ‘Not necessarily in the way that we understand ceramics and pottery today, but the connection to clay for Aboriginal people is really long and has multiple purposes. It’s been used for medicinal purposes, for example, and when it comes to the different types of ochre that are available, as a tool for trade,’ Briggs explained.

‘So today, although clay is now being formed into sculpture and vases, for example, the connection of hands working with the earth is not new – it’s another way to convey our relationship and connections, our families and community and the Country that nurtures and provides for us.’

Contemporary takes on such ancient traditions are the focus of SAM’s Indigenous Ceramic Award, first presented in 2007 and now in its seventh iteration. Applications to the Award are now open, closing on Friday 3 June.

A $20,000 acquisitive prize is offered as the major award, but Briggs notes that two other prizes are offered: the $5,000 South-East Australian Aboriginal Artist Prize and the $1,500 People’s Choice Award.

‘The South-East Australian Aboriginal Art Prize is in recognition of the fact that Shepparton Museum is based here in the south-east, on Yorta Yorta Country, and it encourages people in this region to enter, while the People’s Choice Award is a nice little extra incentive,’ she said.

Over its six editions to date, the Indigenous Ceramic Award has seen a significant evolution in the types of work entered and shortlisted for the accompanying exhibition, which this year runs from 13 August – 4 December 2022.

‘In previous years, we’ve seen artists who aren’t necessarily clay-based and who don’t count themselves as ceramic artists collaborating with artists who are practicing in ceramics – so combining their concepts and thoughts and ideas in a collaborative approach,’ Briggs explained.

She hopes such trends will continue, adding that this year, the format for submissions has changed to encourage a broader range of entries from across the county.

‘For the main prize we’re inviting people to submit smaller pieces, several pieces if they wish, so that it’s more accessible. Not everybody has access to kilns and the support, resources or means to create a body of work. We’re also really keen to see a good representation from across the country, so that we can see what’s going on around the nation.’

Briggs is excited to see the works that will result from the changed guidelines, and also how the challenges of the last two years will be manifested artistically in the works entered.

She encourages Indigenous ceramic artists to make the most of the opportunity. ‘Challenge yourself to think outside the box, and perhaps have some fun and think about the ways in which you can utilise colour, and how different clays lend themselves to different forms,’ Briggs urged.

‘I imagine there’s a wealth of inspiration from the last few years to draw on and reflect and to come up with something that is new and exciting.

‘The point of the Prize, really, is to help push those boundaries of what’s considered traditional in the practice of clay, in order to come up with something new and innovative – that’s what the award is all about,’ Briggs said.